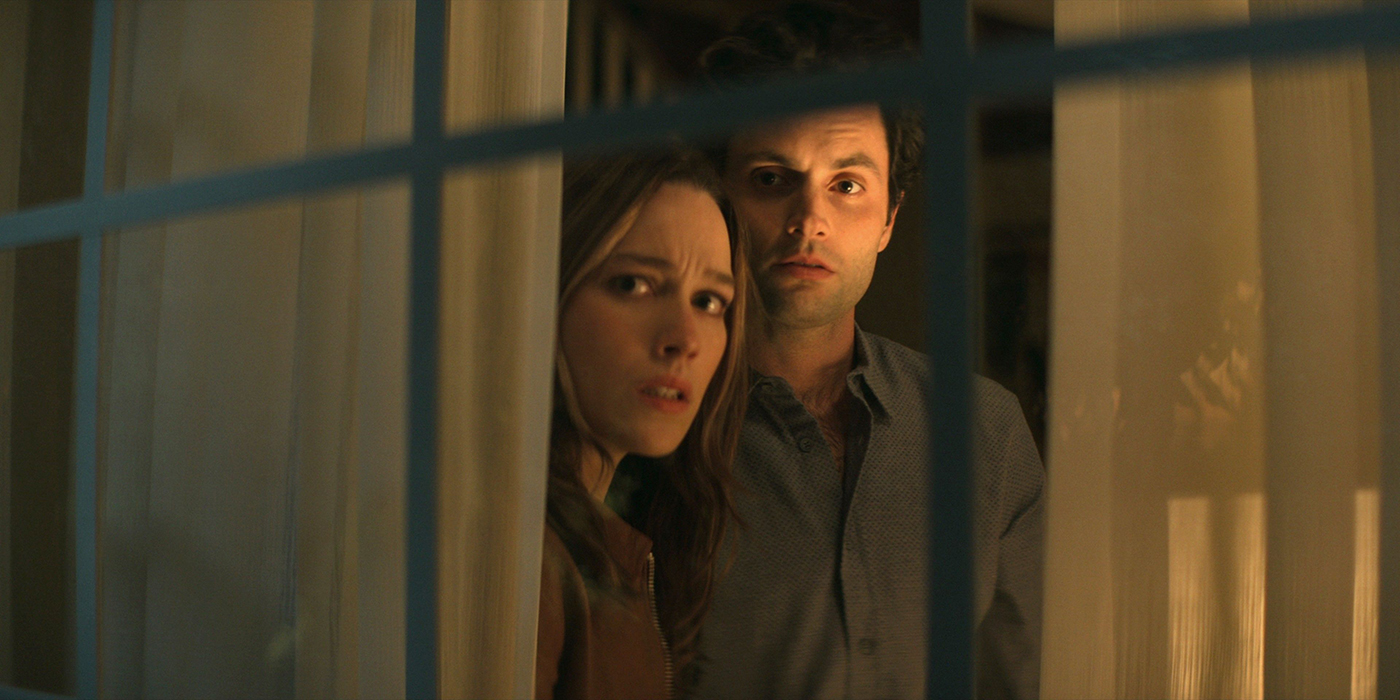 Last week, I binge-watched the first two seasons of You—admittedly dark fare, but I found myself captivated. The devious tales of obsessed stalker and serial killer Joe Goldberg reflect some of humanity’s darkest tendencies, so why do we find ourselves drawn to this kind of content? How do we manage to convince ourselves it’s a good idea to watch 15 straight hours of sick, bloody media? True crime podcasts, slasher movies and more just prove that some voyeuristic center of our brains wants us to dip our toes into the dark and twisted without actually having to get our hands dirty.

If you haven’t watched the previous seasons of You, please stop reading this review and go watch them. The show follows Joe Goldberg (Penn Badgley) and his lifelong search for that magic “one,” the girl of his dreams. He’s so driven by this goal that he’ll murder anyone who gets in his way. The first two seasons of the show have a streamlined plot lifted straight from the pages of their respective books: Caroline Kepnes’ You and Hidden Bodies. Both seasons follow the same basic formula of boy meets girl, boy obsesses over girl, boy murders girl … And maybe an additional body or three gets racked up as things run their course. But the season two finale throws a wrench in the proceedings when Joe’s most recent object of obsession, Love (played by Victoria Pedretti), is revealed to be a fellow serial killer and master manipulator (gasp!). Thus, the little lamb is actually the big, bad wolf, and she’s expecting a cub (double gasp!!).

Season three dives straight into life in the idyllic suburb of Madre Linda. Horrified by Love, Joe has trapped himself in a marriage to protect his newly born child. They attempt to live a normal life but quickly find that old habits die hard: Joe begins to obsessively stalk his neighbor as Love struggles to maintain her Stepford wife facade while attempting to control her darkest impulses. The premise promises heavy drama and suspense, accumulating tension from the two serial killers living under one roof. Unfortunately, the show can’t decide how these clashing personalities should interact with one another.

The Horror genre has been a staple of cinema since its inception and those foundational films still inform content being made today. Early monster movies—be it Dracula, King Kong, Creature from the Black Lagoon or The Fly—all feature beautiful young women (usually blonde) that must be saved from the creature’s worst impulses (usually as a thinly veiled allegory for sex). Watching You with these tropes in mind, I can’t help but think of the Twilight saga, a romance story about a simple girl and her obsessive killer boyfriend. He’s cool, quirky and breaking into your house every night just to watch you sleep. You is simply the next logical step in this type of storytelling, only this time the monster isn’t some fly-headed fool or sparkling vanity vampire: This time our monster is an average Joe.

Making our simple girl a secret monster ups the ante even further. Does our lovable couple want to kill each other, or do they want to kill everyone else? Is it wrong to root for the personal growth of two individuals in a partnership when they happen to be killers? These are the questions you’ll find yourself asking nearly every episode. Long, drawn-out therapy sessions provide the background for our character’s “growth,” but the therapist quickly exits the series (which is probably for the best considering the fate of Joe’s previous therapist) and all her progress is undone. As the season continues, much of the usual murder horror is replaced by the terror of an unhappy and unstable household. As an adult child of divorce, it was the most chilling part of the whole show.

Though I was moved by the storytelling and the questions posed by the show had me hooked, the overall experience of You felt erratic. I couldn’t help but feel it failed to fully deliver on its hefty promise of excitement and intrigue. That’s not for lack of effort, though. The main cast of actors is incredible. Badgley stole my heart as a tween with his Gossip Girl performance, and he manages to reignite the spark as Joe with eerie charm and unfiltered anger (nevermind what that says about me …). He’s matched perfectly by Pedretti, who plays Love as a unique brand of serial killer, her cold glare piercing through during even the most mundane of scenes. A real wild card, I was always uncertain of her next move. The writing is also masterful, with each episode taking you deeper into Joe Goldberg’s twisted mind alongside cutting criticism of society. The mundane horrors of suburbia are also heightened—Joe almost fits right in.

The new season of You feels disjointed, something that is starting to become a theme with shows and movies filmed during the pandemic. It could have done more with its original, high-stakes concept of two serial killers in a Mr.-&-Mrs.-Smith situation, but it still delivered a thrilling ride that I couldn’t stop watching. I expected a better overarching story from seasoned showrunners like Sera Gamble and Greg Berlanti, who worked on Supernatural and Riverdale, respectively. Still, I’ll be eagerly awaiting season four, and until then I will just have to get my fill on true crime podcasts. –Morgan Keller