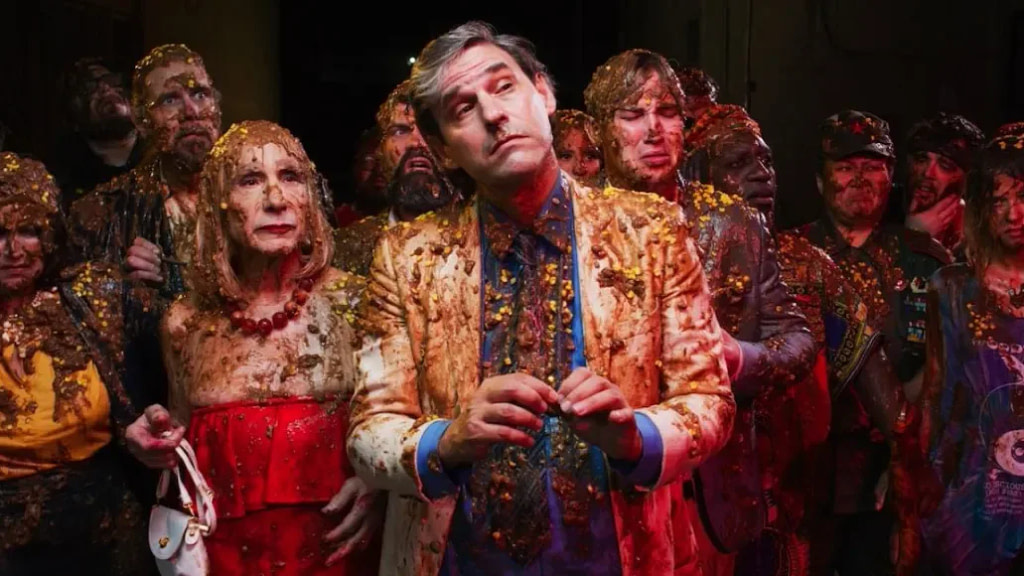 One of the major goals of the film seems to be a critique on criticism itself. As the preceding decades of his career demonstrate, Kaufman is entirely incorrigible. Photo Courtesy of Troma Entertainment.

Lloyd Kaufman, the decades-long purveyor of B-list schlock, decided to give the Troma treatment to William Shakespeare’s The Tempest in his latest feature, Shakespeare’s Sh*tstorm. The film is grimy even by Troma standards, as the concepts of “wokeness” and social justice find themselves in the crosshairs, and “owning the libs” seems to be Kaufman’s top priority.

Those who have braved the murky waters of the Troma back catalog will find a lot of standard fare, such as gutter-tier special effects, gratuitous nudity, objectification of women and broad stereotypes of different cultures and nationalities. Poop jokes and gross LGBTQ+ caricatures abound. Among all of these atrocities are “hashtag” jokes in the year of our lord 2022.

A Black woman sells her child into slavery for crack and two men force a blind woman into sex acts—all of these things are played for laughs.

Of course, Kaufman is quite conscious of how all of this will be received. He even includes a fourth-wall-breaking scene where a panel of Shakespeare scholars lambast the movie as tasteless, and of course, they are meant to be ridiculed as well. In spite of all this, I find the film to be less offensive than it is annoying in its smugness. The movie concludes with a masturbatory monologue (by none other than Kaufman himself) where he tries to argue that the only way to bring everybody together is to do away with such concepts as “cancel culture,” because a wealth of different perspectives is the backbone of society—then he proceeds to reduce every race to their most debased stereotypes.

I don’t think there is anything here for SLUG readers. I don’t think there’s really much here for any human being who values their time or integrity—the film’s climax is absolute mayhem, which features some genuinely arresting (if vulgar) imagery. But all of that is cheapened by the prior hour, where every marginalized community is paraded around as a gaggle of fools for an attempt at comedy. Not to mention that the climax is ostensibly a mass overdose, which doesn’t make me feel particularly good about giving this movie any concessions whatsoever.

I fully recognize that I’m playing directly into Kaufman’s hands. One of the major goals of the film seems to be a critique on criticism itself, cultural and otherwise. As the preceding decades of his career demonstrate, Kaufman is entirely incorrigible, for better or for worse. He, and Troma by extension, has a robust cult following because of this. However, the already flimsy argument Troma has, justified by giving a start to some of Hollywood’s biggest names, is rendered obsolete by this affront to God put on screen. –Brandon Ermer