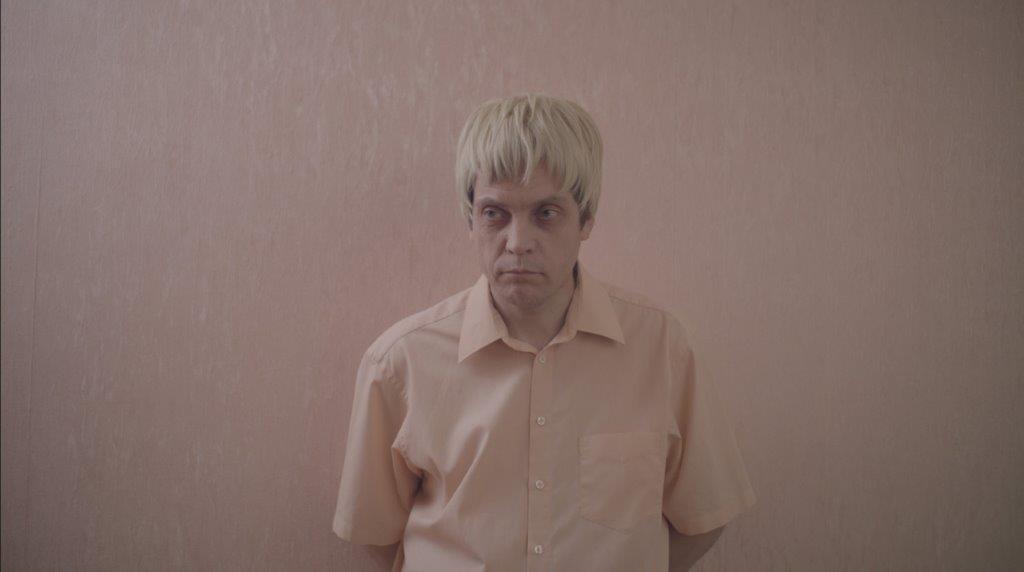 Opening up with the possibility of a trope I have grown oh-so-tired of—a deadpan lead with mysterious motives and a bushy-tailed newcomer who (along with the filmmaker) wants to dive into the “perverse psychosis” of this wacky man—I was increasingly dreading the rest of Jayden Stevens’ debut feature A Family. Fortunately, Stevens displays a surprisingly mature approach to filmmaking that subverted my assumptions by offering its audience more than enough to chew on with this idiosyncratic and farcical drama.

A Family centers around Emerson (Pavlo Lehenkyi) who hires a small group of people as actors to recreate his childhood memories of his family. Conducting the group as some kind of acting coach in the likes of Konstantin Stanislavski, he leads the troupe in acting warmups (a deliciously hilarious detail that I wished for more of) and records their scenes on a videotape recorder. Things begin to shift when Ericka (Liudmyla Zamidra), who’s cast as Emerson’s sister, becomes inspired by the project and attempts to implement it in her own life by asking Emerson to act as her father.

The film relishes in the obviously awkward circumstances; it often feels more like a cringe-comedy than anything else. Rewarding the minutiae of life’s difficulties by presenting them in their entirety, we watch Emerson struggling to pour his cereal and fumbling as the bag falls out of the box, as well as the actor portraying his father (Mykola Bozhko)—whose performance transcends into an almost Dr. Steve Brule–ian caricature with glances to the camera and timid smiles—scouring the floor and under chairs for his glasses because the font of the script is too small. At times, these face-burying moments can feel forced, but nearly all of them arise genuinely. I can only assume that each cut was made right before everyone on set breaks into hysterics.

What really stands out to me in this film, though, are Stevens’ choices as a storyteller. Making the refreshing call to not focus on why Emerson is searching to recreate his memories, but instead having the empathy to follow him as he does so, is a completely engrossing decision. As a director, he’s trusting the strength of Lehenkyi’s Javier–Bardem-in-No–Country–for–Old–Men-like performance and trusting the mind of the audience to explore the material. A repeating motif throughout the film finds Emerson asking members of his troupe to “hug in order to feel a connection of trust,” and in probably the most uncomfortable way, he is also asking this of his audience.

With its artifice of Tim and Eric Awesome Show, Great Job! meets Yorgos Lanthimos, A Family is a deep, emotionally sensitive reflection on family and trauma. Each image of the film by cinematographer Tom Swinburn is crafted in a subtle, slice-of-life way that brings Gregory Crewdson’s fantastical photographs of the tortured middle class to mind. Being composed to the most microscopic detail, it’s sad to know the success of this constructed reality will never be able to be matched by its characters who so desperately are trying to recreate theirs. –Aidan Croft