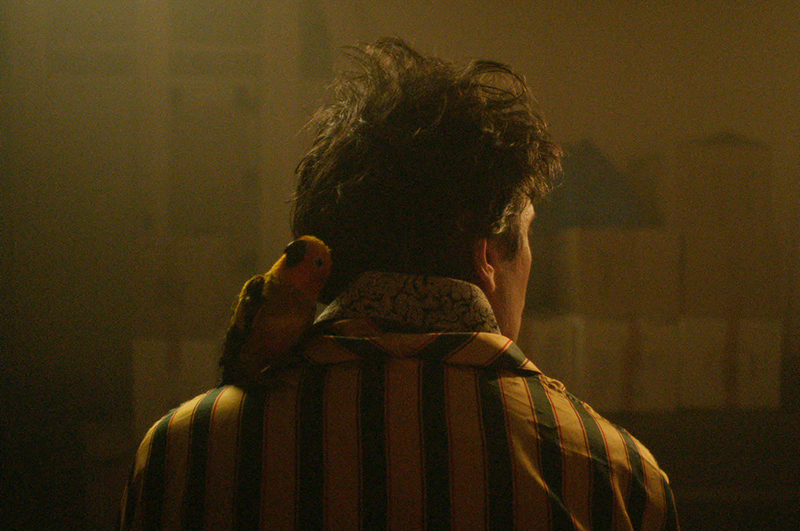 Slamdance Film Review: The Starry Sky Above Me

The Starry Sky Above Me

It’s tough to tell what makes a film conventional lately, especially as the line between the mainstream and the underground becomes increasingly nonexistent and people can talk about neon-laced heist films in the same sentence as hyperreal explorations of death and body horror projects. Still, something about The Starry Sky Above Me feels especially off-kilter. It’s not that it’s overtly outlandish or psychedelic, but rather that it sits just on the line between believable and incongruous. The audience is thrown in media res and will likely spend most of the film putting pieces together to try to parse out some kind of meaning.

A lot of my enjoyment with this film came from its twists and surprises, so I won’t ruin all the details here. The main character, Bruno Weintraub (Laurent Poitrenaux), is an author who had one mildly successful novel in the late ’90s and has spent the subsequent 20 years with perpetual writer’s block. Still he persists, though his continued failure takes tolls on his life and relationships. His family and friends show up and attempt to bring him to a mental hospital on the grounds of his antisocial behavior, strange living conditions and persistent lack of productivity. Bruno instantly falls in love with the psychiatrist brought to facilitate the intervention and … drama ensues.

The film lasts little more than an hour and takes place over the course of one day. Given this, it’s shocking how much Klipper manages to pack into his film. Bruno is a delightfully complicated character—one, at the end, whom you’re still not sure if you’re rooting for or want to spend his life locked away. His passion is fervent, and he has an air of chivalrous romance about him that leads to many sappy (but heartfelt) moments. Still, the diagnosis the psychologist gives him and his family seems spot-on, and sometimes his flirtatious attitude moves into uncomfortable territory. Bruno lives the life of a starving, tortured artist by his own choice, and the viewer is left to wonder whether this is laudable or not.

On top of the intricate writing around Bruno’s character, Poitrenaux’s performance is incredible. He perfectly captures the character’s encroaching mania but also manages to place the smallest sense of composure and good intentions into each interaction. Even the scenes where Bruno is running around his apartment in his underwear screaming at his pet bird (of which there are many) don’t come across as wholly ludicrous. Instead, there’s an odd sympathy they evoke for Bruno, as if his views of himself as the sole sane person among a world of lunatics might be the truth.

With its abstract, nonlinear plot development, its densely complicated pro(an)tagonist and its lack of any conventional storytelling mechanisms (no character introduction or development, no real conclusion), The Starry Sky Above Me might rub some people the wrong way. In one scene, Bruno’s roommate, Justyna—who may or may not be a porn actress—stands in front of a mirror shouting, “My pussy, my rules!” This short shot doesn’t really make any sense in the narrative, and the audience has to do a lot of filling in to decide exactly what her backstory is and the significance of her character. It’s equally tough to tell whether Klipper promotes this character and her empowerment or if he’s just chuckling at every scene he’s created. The reality of this film is that it can feel like Klipper is simultaneously mocking and heroizing his characters, and slowly realizing this is almost definitely the case. –Connor Lockie