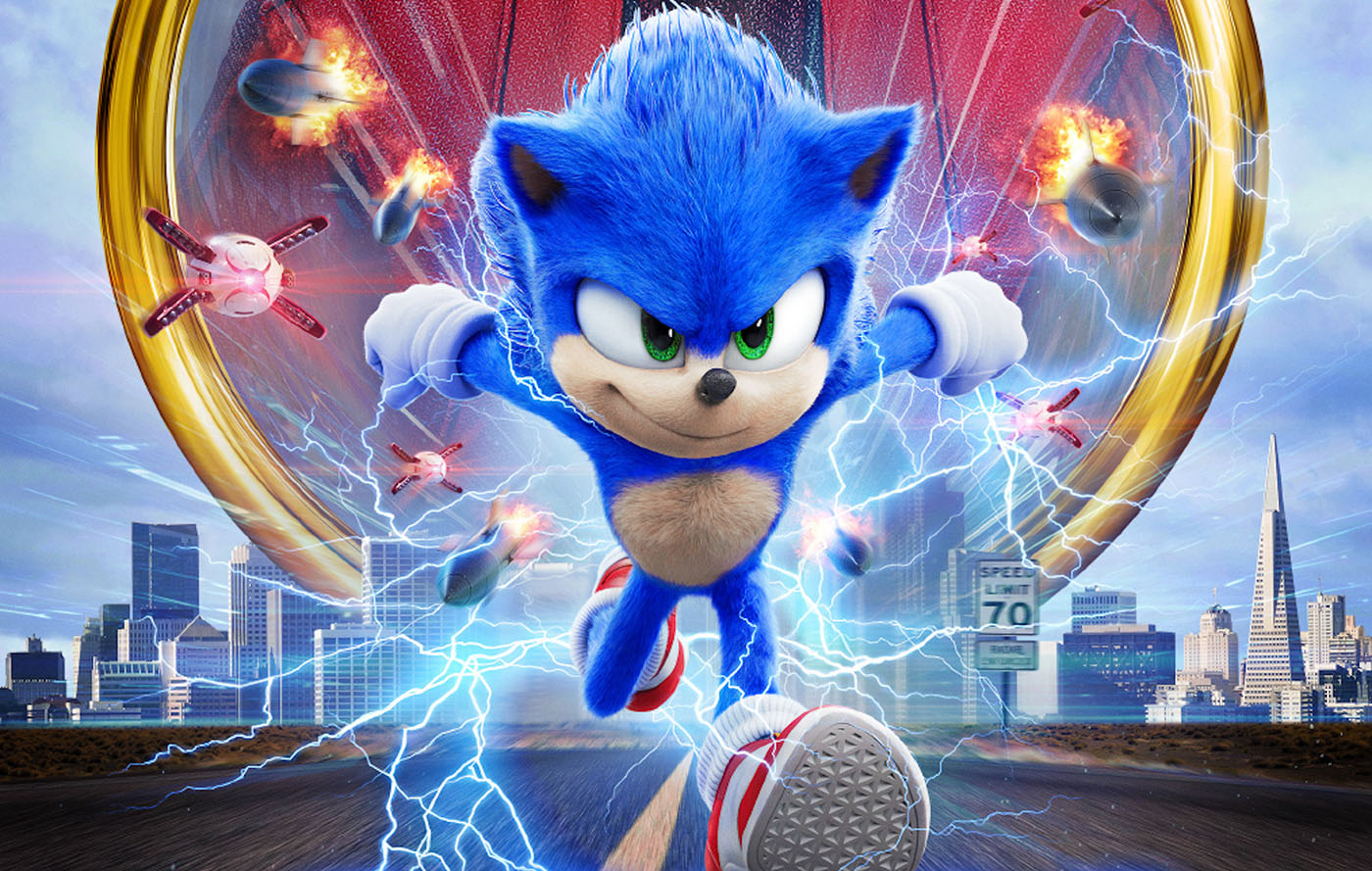 Before getting down to the business of reviewing Sonic The Hedgehog, I want to address the crowd that threw a giant tantrum online about the design of the title character after the trailer was released, with such weeping, wailing and gnashing of teeth that it caused the release date to be delayed while the effects were completely redone: Go see the movie. Now. Ok, If not right this second, then at least this weekend. You literally owe that to the filmmakers and the studio. It’s like voting: If you don’t do it,  you don’t get to gripe ever again.

Now that we have that out of the way, it goes without saying that many of you have better things to do with your time. That’s not to say that Sonic is terrible. In fact, it’s probably one of the best video game–based films that has been made, but that’s only slightly more impressive than being the most delightful three days of intense diarrhea that you’ve ever experienced.  The story has Sonic (voiced by Ben Schwartz, best known as Jean Ralphio from Parks & Recreation) as a being from another world, who is sent to Earth when he is a child in the hopes of protecting him from harm as nefarious forces seek the power of his super-speed. Sonic is given a bag of magic rings that he can use to transport himself back when it is safe.

Flash forward to a grown-up Sonic hiding out in the town of Green Hills, Montana. One night, our hero accidentally causes a massive power surge that alerts the government to his presence. Uncle Sam responds by sending in the mysterious Dr. Robotnik (Jim Carrey) to hunt him down using drones. While trying to evade capture, Sonic has a chance meeting with the local Sheriff (James Marsden), and when the Sheriff gets blamed for the power surge, the two must become a mismatched duo. They don’t initially don’t get along, but they must learn to work together if they want to see this rather thin script through to its inevitable conclusion.

This is a harmless and reasonably enjoyable kiddie movie that is neither an ordeal nor a pleasure for adults to sit through. Schwartz puts a lot of energy into it, and Marsden is likable enough, but it’s unfortunate that the comedic highlight of the film consists of restaging the Quicksilver sequence from X-Men: Days of Future Past multiple times. Those looking forward to seeing Carrey return to his peak-level zaniness will likely be disappointed, as director Jeff Fowler seems to have no idea how to utilize the actor and it all feels very tired. It doesn’t help that the script is almost completely bereft of memorable dialogue even by the standards of this sort of film. Still, Sonic is fast paced and has enough colorful eye candy to please the kids. If you go into this one with suitably low expectations, it should be a relatively painless experience. –Patrick Gibbs