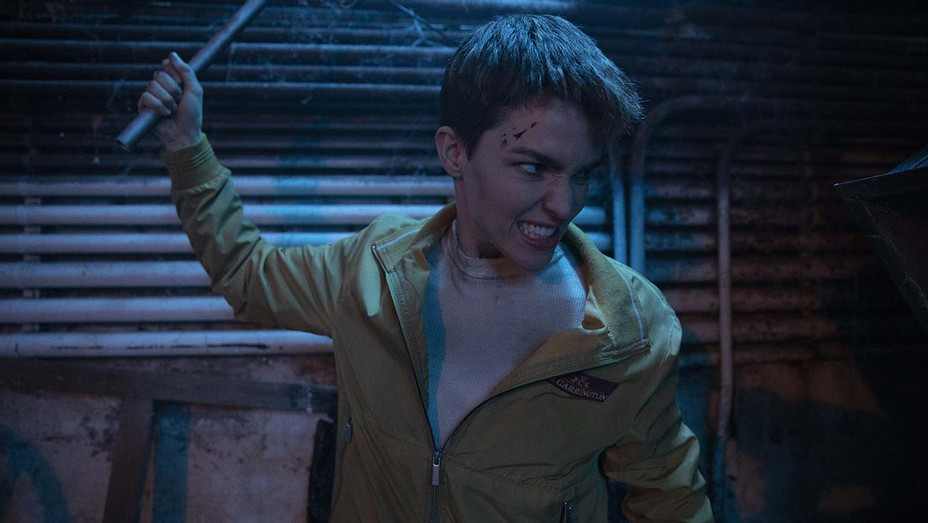 Smash Media and Gora Films In Theaters and Streaming on Video on Demand: 10.09

I’ve mentioned my fondness for Die Hard, the iconic 1998 action flick starring Bruce Willis, before, and I’m sure I will mention it again, especially with Christmas coming up. It was a game-changing movie that became a genre of its own. It went away for a while, but in the age of Video on Demand, it has come back with a vengeance (if you’ll excuse the pun). There’s been more than one bargain-basement version this year alone, but circumstances being what they are, the latest gets to actually play in the theaters.

Ali moves to New York, where her Uncle Pat (Philip Whitchurch, The English Patient) gets her a job as a “doorman” at a luxury New York City high-rise, neglecting to tell her that her deceased sister’s husband, with whom Ali once had a relationship, lives there with his children. When she runs into them and ends up reconnecting with her niece, who invites her over for Easter dinner. But instead of Peter Cottontail coming to drop off eggs, they get Jean Reno (The Professional) and his heavily armed goons showing up looking for priceless art dating from World War II, no matter who they have to kill to get it. Our heroine becomes hopping mad and wages a one-woman war against the villains.

It’s being excessively generous to call The Doorman a take off of Die Hard, when in fact, it’s a beat-for-beat remake taken to almost laughable extremes, starting with the setting of Easter instead of Christmas. But when we get to the point where we’re literally cutting back and forth between Ali in hand-to-hand combat with a thug on the roof and the head baddie and his guys drilling into a safe to get what they came for, it’s just embarrassing for everyone who is involved in the film or watching it.

Director Ryûhei Kitamura (Versus, Midnight Meat Train, Azumi) is working with a low budget and limited resources, but apart from opening with a bang—literally—and a couple of moderately well-staged mixed martial arts fights, this doesn’t come across as the work of a seasoned professional. It would be far easier to excuse it coming from a first-time director.

Rose is a nice screen presence who belongs in action movies, and I wanted this to be dumb fun simply because she was playing the lead. But all of her kicking, jumping and rolling can’t save this, and in the few moments when it starts to feel like it wants to get dramatic, it’s hard to say whether she or Kitamura is they one who is in over their head—either way, it doesn’t work. Reno is so indifferent to it all that he doesn’t even bother with his usual pretense of understanding English sentence structure, flubbing several of his lines,  and Rupert Evans (Hellboy, The Man in the High Castle) is gritting his teeth and waiting for his check. But it’s more depressing to watch Aksel Hennie (The Martian, The Cloverfield Paradox) trying his best to make the most out of his role here.

If you literally haven’t ever seen Die Hard, The Doorman might almost qualify as mildly entertaining if you really enjoy urban action thrillers. But if you like urban thrillers and haven't seen Die Hard, you can rent it for less than you'd pay for this meager wannabe, and you'll be a lot happier for it. The best that can be said of The Doorman is that, of the action movies this year based around retrieving priceless paintings smuggled out of Germany, it’s at least less backhandedly racist than Force of Nature. But on the other hand, for better or worse, at least that one had the crocodile-in-the-closet sequence. But the most infuriating part of all is that both movies are better than anything that Bruce Willis was in this year. –Patrick Gibbs