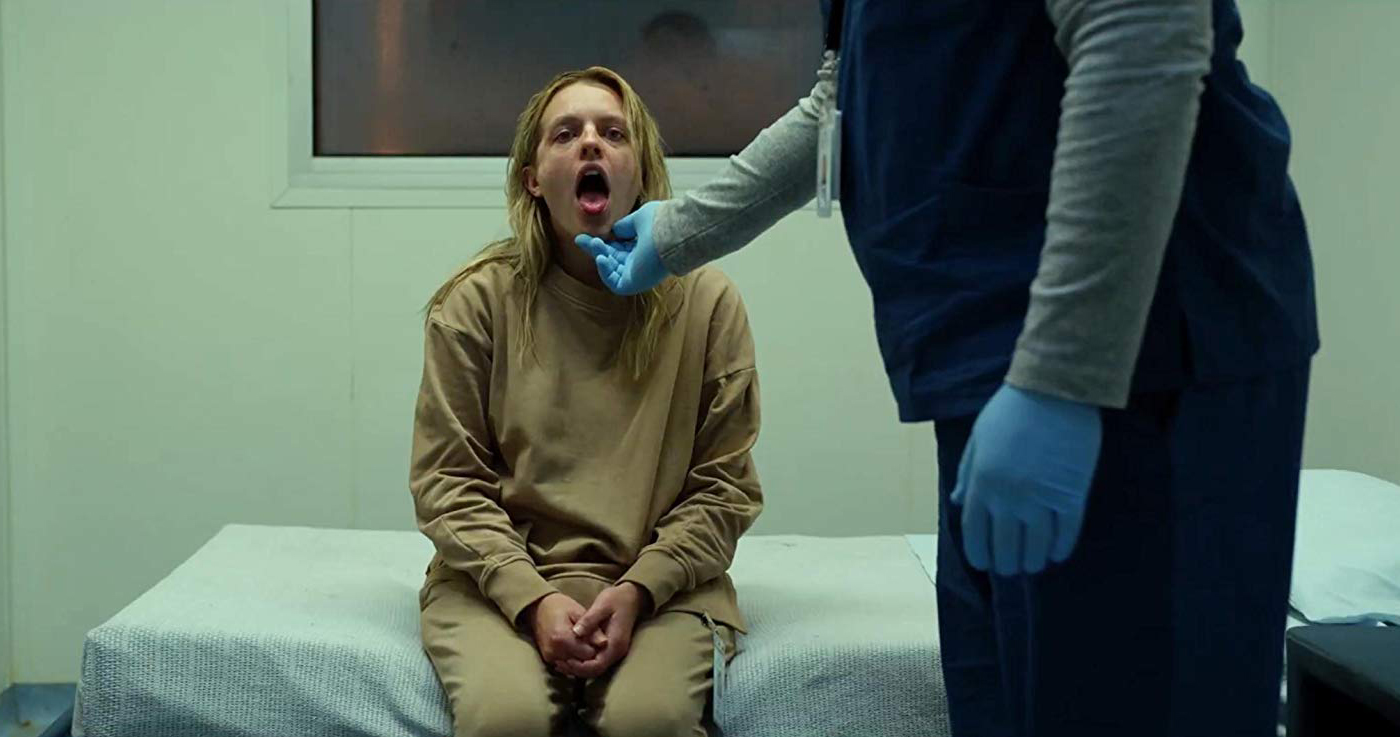 There’s little more frustrating than a stupid film that seems to think it’s a smart one. With his crazy twist endings that never hold up under the slightest scrutiny, M. Night Shyamalan is perhaps the king of this kind of smug silliness. However, Blumhouse’s new take on The Invisible Man almost made me want to wash my brain out with a viewing of Glass.

Elisabeth Moss (The Handmaid’s Tale) plays Cecelia Kass, a woman who runs away from her abusive and controlling boyfriend, Adrian Griffin, who also happens to be both a millionaire and a genius. She hides out with a friend and his daughter, afraid to even go outside, until one day her sister shows up to tell her that Adrian has committed suicide. Cecelia is then summoned to meet with Adrian’s brother Marc (Benedict Hardie), an attorney, who informs her that Adrian has left her $5 million. This inheritance comes with the stipulations that she does not engage in any criminal activity, go insane, feed Mogwais after midnight or make Stove Top Stuffing instead of potatoes.

Cecelia has an uneasy feeling. When strange things begin to happen, it doesn’t take long before she jumps to the first conclusion that any of us would: Adrian faked his death and has found a way to turn himself invisible, all because he “works with optics.” Surprisingly, everyone she tells this to is somehow a bit skeptical. But things soon escalate out of control—either Cecelia is crazy, or there really is more going on than meets the eye.

This lazy and contrived variation on Sleeping with the Enemy tries to explain away every gaping plot hole and flat-out nonsensical moment by reminding us that Adrian is rich, and “this is what he does”—meaning that he gets inside people’s heads and controls them to a degree that would make Hannibal Lecter jealous. The Invisible Man is far too ridiculous to be taken seriously, but its dark themes of domestic abuse and even sexual assault make it far too unpleasant to be any fun. Moss gives a very committed performance, but if there’s one thing worse than stupid trying to pass itself off as smart—at one point, I think I rolled my eyes so far into my head that I caught a glimpse of the back of my skull—it’s cheap exploitation pretending it’s an empowering piece of feminist cinema.

Director Leigh Whannel (Upgrade) creates a few decent jump scares, but nothing we haven’t seen done better elsewhere, and the movie feels like it is far longer than its 110-minute runtime. Whatever you may be hearing about this being a timely thriller for the #MeToo age, I contend that, while it is capitalizing on an understandable desire for feminist films, it’s nothing but a badly performed cheap trick. I grant you that may not be the popular opinion, but take my advice: Don’t even bother trying to see The Invisible Man. –Patrick Gibbs