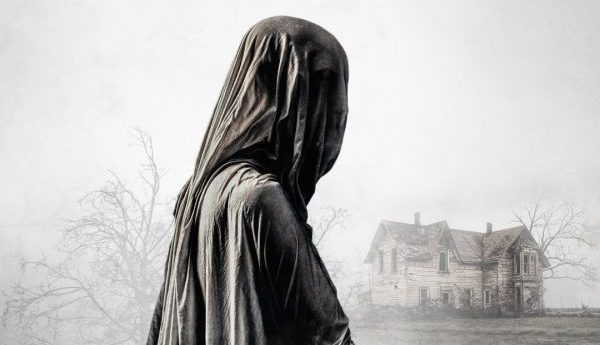 Ageless Pictures and Ghstwrtr Productions
In Theaters: 01.07
Streaming on Video on Demand: 01.11

Even when they are not particularly well made, sometimes the smallest, cheapest horror films have a certain charm that comes from the love and enthusiasm put into them by the filmmakers. But The Legend of La Llorona is definitely not one of those cases.

A young family has lost a child and decides to go on vacation—you’ve seen this kind of setup before, and that speaks volumes about what will follow. Andrew (Antonio Cupo, Body of Deceit) and Cary (Autumn Reeser, The Last Resort, Hawaii Five-0) lost their daughter approximately eight months prior and the couple have taken their son Danny (Nicholas Madrazo) to Mexico in the heart of cartel country in the hopes that it will be a good place for him to wander off at night while they snap at each other. Their cab driver, Jorge (Danny Trejo, Machete), hovers over them in a friendly but odd manner wherever they go, checking in on them and warning them to steer clear of the cartels. Signs bringing attention to missing children are peppered throughout the town, and the family learns of a unsettling legend, the story of “La Llorona,” an evil spirit who supposedly lurks near the water and seizes children.

The only thing that’s scary about The Legend of La Llorona is that, somehow, it got made. Director Patricia Harris Seely (Puppy SOS) shows no particular knowledge or skill behind the camera apart from being aware that you are supposed to take off the lens cap. Writers Cameron Larson (Sand Sharks) and Jose Prendes (Veronique Von Venom: Horror Hostess Hottie) seem less inspired by this story than you might expect from their previous masterworks, and here see to just cutting and pasting tropes, cliches and random dialogue into a script. The Legend of La Llorona isn’t aiming to be anything other than a cheap, quick and marketable B-grade horror flick. With the presence of Trejo, I felt a certain degree of confidence that it would offer at least a smattering of tongue-in-cheek fun.

But, the grizzled character actor is given nothing to do and the film instead wrests on Reeser, who also serves as an Executive Producer. Reeser is an actress whose best quality is that she can never be accused of resorting to over-the-top histrionics and whose worst quality is that she barely registers a pulse. Reeser’s performance runs from mopey to petulant until the tension begins to mount and fear sets in, then mild annoyance takes over. Campos seems to be trying, but his dialogue (“I don’t give two frickin’ shits about the cartels!”) isn’t exactly helping him, and his character is so insensitive and boneheaded that every time he showed up alive, I let out an audible gasp of disappointment.

The slapdash plotting is barely coherent even if you’re really paying attention—and you won’t be—and the visual effects pale in comparison to anything you can do on a smartphone app. In fact, The Legend of La Llorona looks so bad all around that Christopher Nolan could use it as his model of everything wrong with digital cinematography if it wasn’t so obviously amateur as to undermine the point.

The Legend of La Llorona represents the absolute bottom-of-the-barrel mainstream of video-on-demand filmmaking, and any desire to give the filmmakers credit for at least getting something made is absent due to the complete soullessness of the material. They clearly don’t care about this movie, so why should we? There’s absolutely no reason to spend a dime on renting, and it’s hard to imagine even the cast and crew’s families bothering to see it in a theater. Welcome to January. –Patrick Gibbs