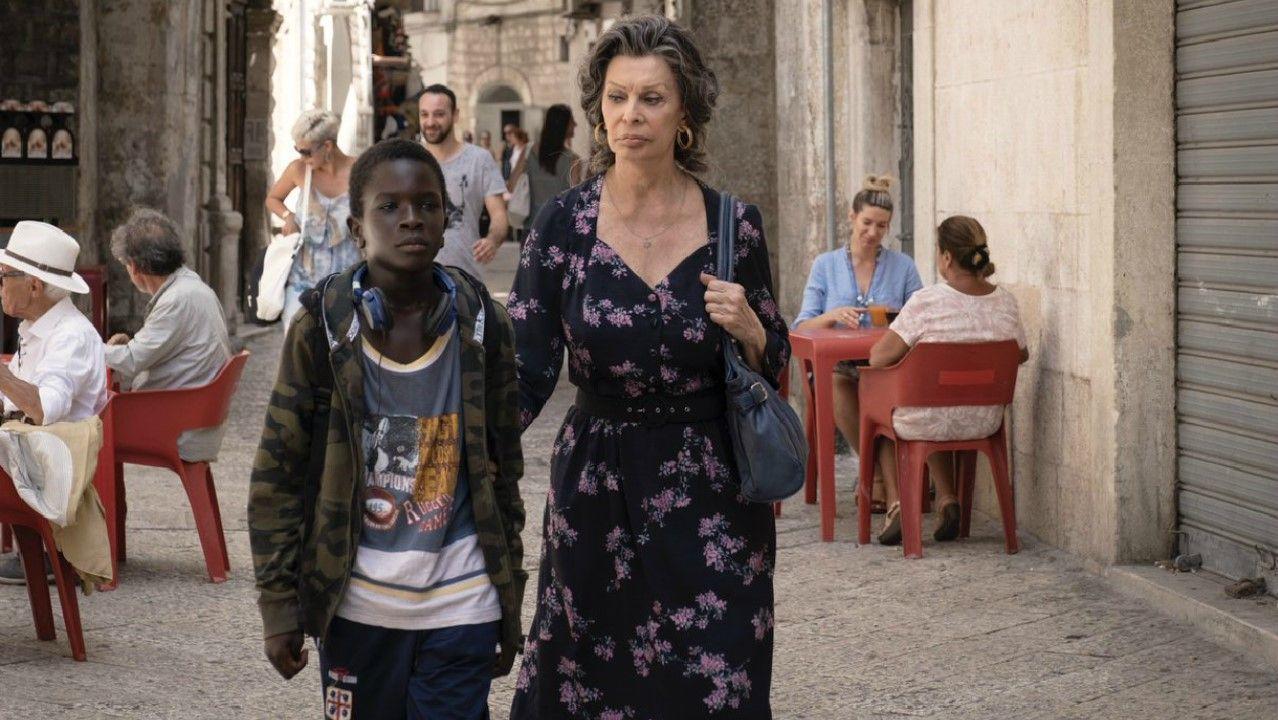 Film Review: The Life Ahead

The Life Ahead
Director: Edoardo Ponti

It’s pretty difficult not to feel an immediate sense of goodwill toward a movie, wherein the director who casts his 86-year-old mother as the lead, regardless of who they are. When that director is Edoardo Ponti and that 86-year-old mother is Sofia Loren, the movie doesn’t really need extra brownie points.

In The Life Ahead, Loren plays Madame Rosa, a holocaust survivor and former sex worker in the port city of Bari in Puglia, Italy. Rosa is long since retired, and now makes her living running a sort of daycare/nightcare for the children of women in her former profession. She is a kind woman, beloved in the community, but she’s starting to lose not only the spring in her step but the sharpness of her mind. One day, she’s knocked to the ground when a 12-year-old boy steals her purse. Rosa is pleased when the local physician (Renato Carpentieri) shows up at her doorstep with the purse, but less pleased that he’s brought the boy along with him.

Momo (Ibrahima Gueye) is a Senegalese refugee entrusted to the good doctor, who feels that the boy would do better with other children, and begs Rosa to take him on. The reluctant Rosa agrees—once she’s negotiated the right price—and though she initially finds Momo to be an annoying burden who doesn’t get along well with others and sneaks out of the house to run deliveries for the local drug dealer. The two gradually form a connection as they start to recognize in each other the same stubbornness and survival instinct, and the understanding that it masks a shared loneliness and pain.

Ponti (Between Strangers, The Human Voice) directs with a delicate but steady hand, and he knows how to get as much out of quiet moments—and even measured silence—as he does out of heavy dialogue scenes. While the Italian scenery isn’t made up of views of panoramic country sides or lush vistas, it’s breathtaking in its sparse simplicity, and cinematographer Angus Hudson (You Should Have Left, Cashback) captures this understated beauty in every frame with his naturalistic lighting style.

Loren brings a regal dignity to this character, matched only by her weary, down-to-earth realism, and the legendary screen goddess embodies the role with such seemingly effortless depth that it’s almost hard to remember this isn’t a documentary. We’re just watching an actress playing a part. Loren’s penetrating brown eyes have always been a great place to get lost, but in The Life Ahead, she uses them to project the life behind her to such an enthralling effect that the intimacy of it all is almost startling. The holocaust element of the story is understated and kept only to subtle references and hints at memories, but when it’s invoked, its heartbreaking. Specifically, a scene Loren’s Rosa matter-of-fact-ly explains her fear of going to the hospital because of her experiences at Auschwitz shattered me.

Such a perfect performance coming from an icon of her stature perhaps shouldn’t be as surprising as it is, but more surprising is how young Gueye matches power scene for scene, shot for shot. It’s an astoundingly mature performance from a young actor who not only deserves to be an Oscar contender, but has the singular presence of a major star. The two make for the best screen pairing of 2020 by such a wide margin that it’s almost insulting to imply that anyone comes in second.

The supporting cast is excellent, with standouts including Babak Karimi, as the warmhearted Iranian Muslim shopkeeper who tries to keep Momo out of trouble, and the luminous Abril Zamora as Lola, a transgender actress playing a transgender woman (it’s so crazy it just might work), whose young child is in Rosa’s care. Lola, a sex worker who used to be semi-professional athlete before transitioning, is such a charming and interesting character that I found myself wishing she had a movie of her own spun off from this one.

The Life Ahead is not a particularly unconventional film, and it follows a fairly predictable path. But it does so with such sublime grace and heartfelt—if quiet—emotion, that it doesn’t matter in the slightest. It’s a nearly flawless film that made me feel vulnerable and sad, yet at the same time, enriched and uplifted, and its among the 2020’s best. –Patrick Gibbs