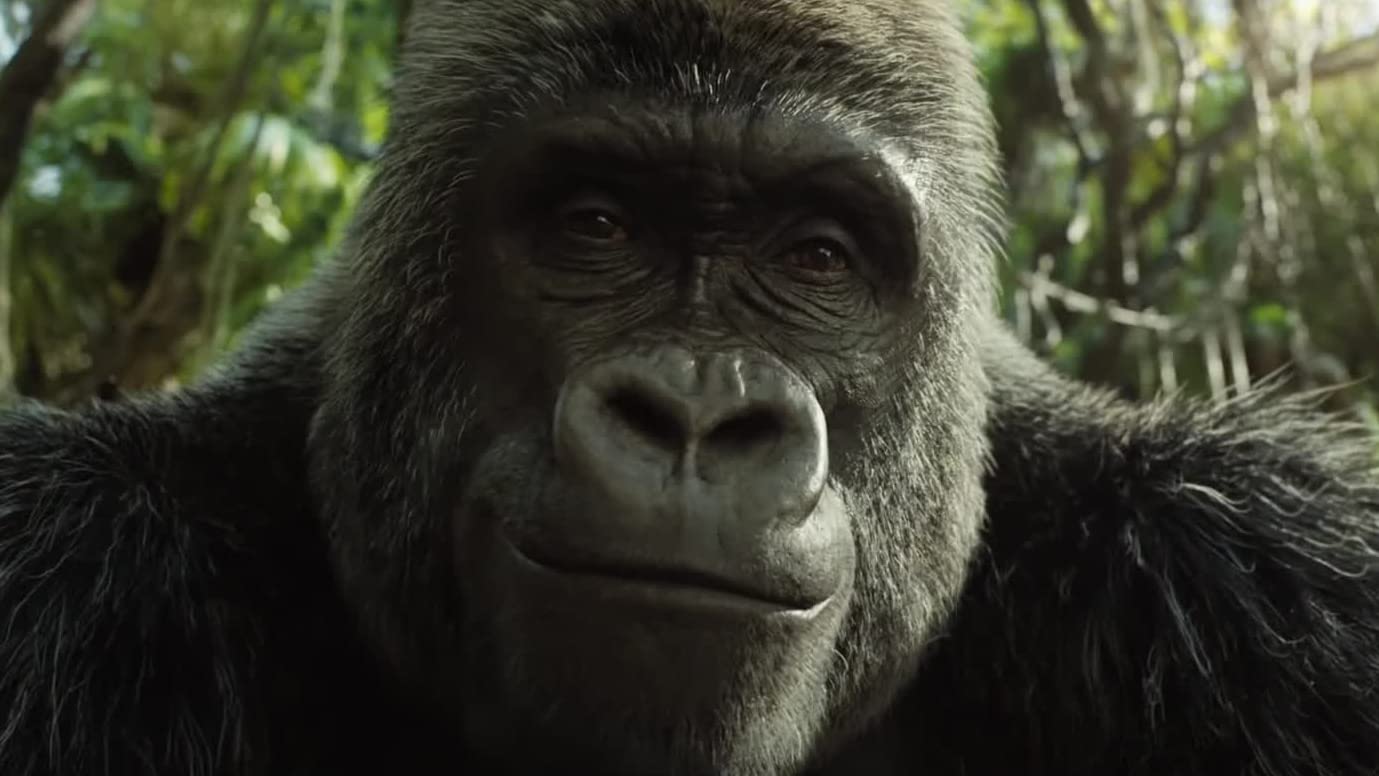 Film Review: The One and Only Ivan

The One and only Ivan
Director: Thea Sharrock

The box office may have started to slowly sputter back to life this weekend, but it still has a long way to go. The best new films were still on streaming, and among them is a new family classic from Disney, The One and Only Ivan.

Ivan is a silverback gorilla voiced by Sam Rockwell. He lives in the enclosure at Big Top Mall, where his owner, Mack (Bryan Cranston), runs a small circus-themed animal attraction. Ivan’s friends include a cadre of lovable animals, including a wise and nurturing African elephant named Stella (voiced by Angelina Jolie), Bob (voiced by Danny DeVito), a stray mutt who secretly lives in Ivan’s enclosure, and Julia (Ariana Greenblatt), the daughter of a janitorial staffer.

One day, Julia leaves her old crayons with Ivan, who suddenly begins taking an interest in drawing with them. Meanwhile, as the novelty of the circus starts to wear off and attendance drops, Mack finds a spectacular new attraction in the form of a baby elephant named Ruby (voiced by Brooklyn Prince of The Florida Project). But Stella believes that Ruby should not be forced to grow up in such a confined space. And while Mack becomes more overzealous in training her for his circus, Ivan remembers his childhood in the wild, and he makes a life changing decision about the future of Ruby and his other friends.

Director Thea Sharrock (The Hollow Crown, Me Before You) and writer Mike White (School of Rock) have adapted K.A. Applegate‘s Newberry Medal–winning novel into a heartfelt and beautiful film that succeeds on every level on which Tim Burton‘s Dumbo did not. The One and Only Ivan is a glorious alternative to the increasingly stagnant remakes that Disney has been churning out. Cranston is wonderful as a complex human character that the film treats with a surprising amount of  fairness while never compromising its message, and the voice cast is beyond compare. Rockwell and Jolie bringing an emotional depth worthy of their status as Oscar winners, and the always delightful DeVito is in top form. The chemistry between Ivan and Ruby is so strong that it’s hard to believe these voices were recorded separately, and the young Prince remains a one-of-a-kind presence.

It’s a rare thing to see a film like this that manages to hit all the right notes—making you laugh, cry, cheer and appreciate the beauty of life and those whom you love. It is very rare that I make a comparison to the seminal emotional film of my own childhood, E.T., and I’m not saying that The One and Only Ivan is as groundbreaking, but it brought back that feeling of the power that a truly inspired family film can possess. The visual effects are truly incredible, and almost certain to be among the most impressive of the year. It’s my personal favorite movie of summer 2020, and that’s not nearly as faint a bit of praise as you might think.

The overall consensus among critics is largely positive but mixed, and I realize that I stand in the minority in praising this film as a genuine classic, but I stand by it. I strongly encourage parents to watch The One and Only Ivan with their children, and for animal lovers of all ages to experience and embrace it. This is the kind of film that reminds me why I love movies so much, and as much as I love the theatrical experience, there’s no substitute for quality. Forget Unhinged and Russell Crowe‘s campy sadism, and spend some time at home with Ivan and company. –Patrick Gibbs