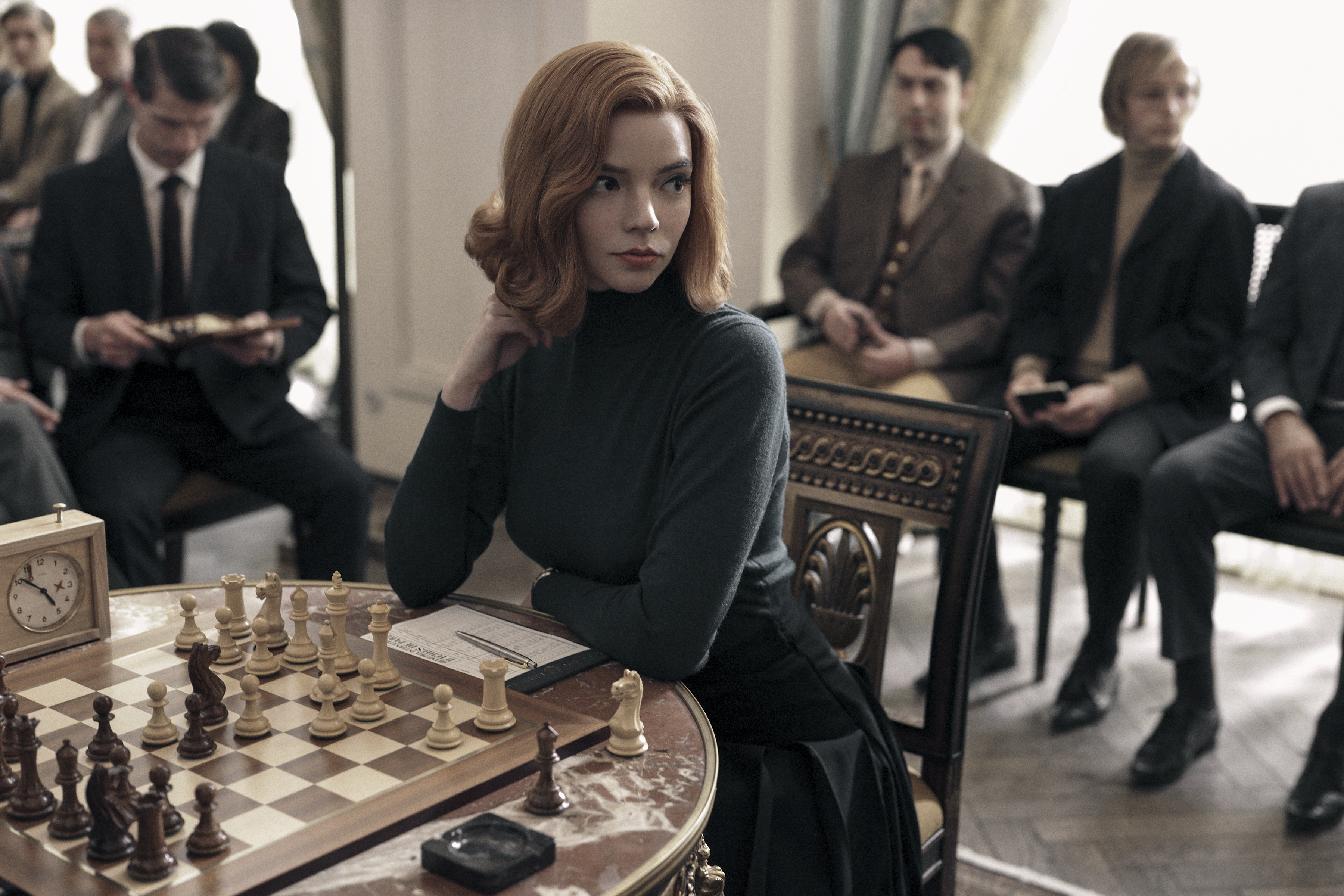 Scott Frank may well be the Anti-Murphy.

I have been pretty vocal about my growing—and rather intense—dislike for the works of TV mogul Ryan Murphy, who has been churning out multiple projects for Netflix this year. In fact, I was really starting to lose all interest in the limited-run series as a medium because of him. While the format allows for more in-depth character development, it almost always involves unnecessary padding and often a certain soap-opera sensationalism. Murphy thrives on both, and the more lurid, in-your-face histrionics the better, and he has pretty much been ruining television for me in 2020.

But with The Queen’s Gambit, two-time Academy Award–nominee Scott Frank has saved it by taking the time to elegantly unfurl a story that has plenty of elements that are ripe for exploitation, but he refuses to disrespect his characters or his audience.

The Queen’s Gambit follows a chess prodigy named Beth Harmon from her childhood in an orphanage in the late 1950s. Beth struggles with addiction, which begins with the tranquilizers that are balatantly given to all of the orphans to keep them docile. Based on the novel 1983 novel by Walter Tevis, this seven-episode series is a coming-of-age story that explores the cost of genius.

Anya Taylor-Joy (Split, Emma, The Witch) stars as Beth, though through most of the first episode, we are with the character at age nine, where she is played by Isla Johnston, and Annabeth Kelly is onscreen as a very young Beth throughout the series in flashbacks to her early years with her birth mother. In the orphanage, Beth meets a lonely janitor (Bill Camp) who spends his free time playing chess games against himself, and she becomes transfixed by this hobby. When he reluctantly teaches her enough to play one game, he is surprised by how quickly she picks it up. Soon, it becomes clear that Beth is a prodigy. When she is adopted by a couple looking for an older child, Beth soon finds a way into the world of competitive chess.

Frank, whose screenwriting credits include Out of Sight, Minority Report and Logan, and who directed A Walk Among the Tombstones, also created and directed the western series Godless for Netflix, and he directed all seven episodes of The Queen’s Gambit. He provides the series with a perfect consistency in artistic vision that is often compromised when multiple, workmanlike directors are carrying out the show runner’s orders, and this feels more like an extended film than it does a short series. The first 15 minutes were enough to hook me in, and in many ways this reminded me of the golden age of the television miniseries that I grew up watching in the ’80s but with the edgy sophistication and cinematic mastery that was often lacking from those.

Taylor-Joy is terrific in the lead, making us feel involved in Beth’s journey, even during the times when she is hard to like. Moses Ingram is simply divine as Jolene, Beth’s friend/mentor at the orphanage, and, as a whole, the entire cast on The Queen’s Gambit is quite impressive. Harry Melling (Dudley in the Harry Potter films) seems to have taken up residence at Netflix these days, and both he and Thomas Brodie-Sangster (Phineas and Ferb, Godless) are standouts as chess rivals who become captivated by Beth. Marielle Heller, who is better known these days as the A-list director of Can You Ever Forgive Me? and A Beautiful Day in the Neighborhood gives perhaps the most interesting performance by giving the least interesting one. As Alma Wheatley, Beth’s broken and depressed adoptive mother, she is such a low-key presence that I honestly had no idea why I was attached to the character. Mrs. Wheatley is anything but a dynamic personality outwardly, the kind of person everyone ignores, and not everyone like that ever gets a “my goodness, she’s magnificent” moment in real life. It’s a daringly thankless performance that is unforgettably forgettable.

The series is rated TV-MA and deals with such heavy topics as drug abuse, alcoholism, mental illness and sexual awakenings, but none of it ever feels cheap or tawdry. And when Beth finally pulls out of her long, self-destructive spiral, it’s emotional and even sentimental—but not syrupy—and feels earned.

The Queen’s Gambit is, in a nutshell, great television that should be remembered when next year’s Emmy Awards roll around. Although Netflix may feel tempted to push Ratched instead, if they want to be recognized for quality, there’s no comparison, and Scott Frank can declare checkmate right now. –Patrick Gibbs