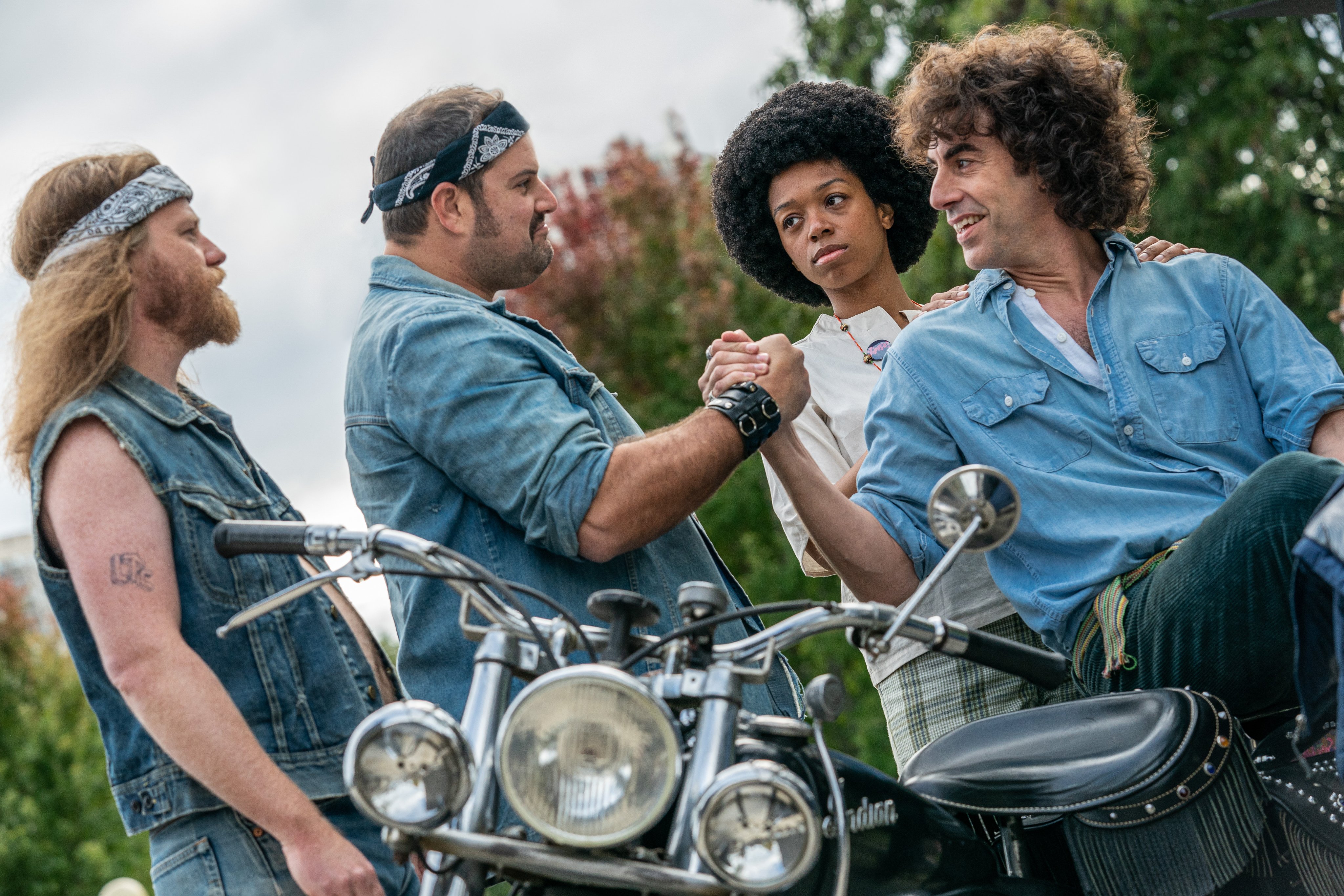 Film Review: The Trial of the Chicago 7

The Trial of the Chicago 7
Director: Aaron Sorkin

It’s definitely early to be declaring that a movie will win the Academy Award for Best Picture, and it would be strange even in a normal year. (Though I have to toot my own horn and say that I have done so twice at this time of year upon leaving press screenings, and been proven right both times, with The Departed and The King’s Speech.) This is hardly a normal year, and right now, frankly, I’m a lot more concerned with the future of the Supreme Court and the Presidency than with the Oscars. But all those are reasons why The Trial of the Chicago 7 possesses a topicality, a level of importance and a gravity that those other two films didn’t even come close to having, and one that exceeds even what the filmmakers could have even imagined when they were making it.

The Trail of the Chicago 7 chronicles the events outside of the 1968 Democratic National Convention, when what was intended to be a peaceful protest turned into a violent clash with police and the National Guard. The organizers of the protest—including Abbie Hoffman (Sacha Baron Cohen), Jerry Rubin (Jeremy Strong), Tom Hayden (Eddie Redmayne), David Dellinger (John Carroll Lynch) and Bobby Seale (Yahya Abdul-Mateen II),—were charged with conspiracy to incite a riot. The politically charged trial that followed was one of the most notorious in history.

The Trial of the Chicago 7 originated as a directing project for Steven Spielberg, and it definitely feels stylistically influenced by his more adult films of the ’90s and 2000s, but I don’t believe that even Spielberg could have directed this film more perfectly than its writer, Aaron Sorkin (A Few Good Men, The West Wing), and that’s coming from an obsessive, lifelong Spielberg fan. It’s also a strong contender for the best script of Sorkin’s very distinguished career.

It’s hard to know where to even begin in praising the incredible ensemble, because it’s almost impossible to pick standouts without getting sidetracked into naming more. Still, Mark Rylance (Bridge of Spies, The BFG, Dunkirk), managed to surprise me with his turn as defense attorney William Kunstler, and I didn’t think that was possible at this point. Redmayne is superb and electrifying as the nominal lead, though that is a point for debate, with Rylance, Baron Cohen and at times, even Joseph Gordon-Levitt as prosecuting attorney Richard Schultz making pretty solid arguments for that title.

Abdul-Mateen, who just walked away with an Emmy for Watchmen, ignites the screen in every scene he’s in as perhaps the most tragically sympathetic and poignantly relevant member of the group. I predict that he’ll add an Oscar to that if he can get past Rylance, Baron Cohen, Strong (who also just won an Emmy for his role on Succession), and a killer extended cameo by Michael Keaton that ranks among my favorite performances he’s ever given. Meanwhile, the far too underrated Lynch (Shutter Island, The Founder) is a scene stealer in the best sense, and Ben Shenkman as co-counsel Leonard Weinglass, and Alice Kremelberg as Bernadine, a volunteer working with the group, compete for the distinction of best delivery of quite possibly the two best lines in a movie that is overflowing with immortal dialogue.

Then there’s the great Frank Langella as Judge Hoffman … I’m going to stop there, because there’s just not enough room and I could keep going indefinitely.

In a week when truth, justice and the American way feel like hollow and meaningless words, and not giving in to despair has taken constant effort, The Trail of the Chicago 7 is a glorious reminder not only to never stop fighting, but of why movies still matter. If there is a better film than this one coming in 2020, than that film would pretty much have to have to be, hands down, the best movie of the decade. –Patrick Gibbs