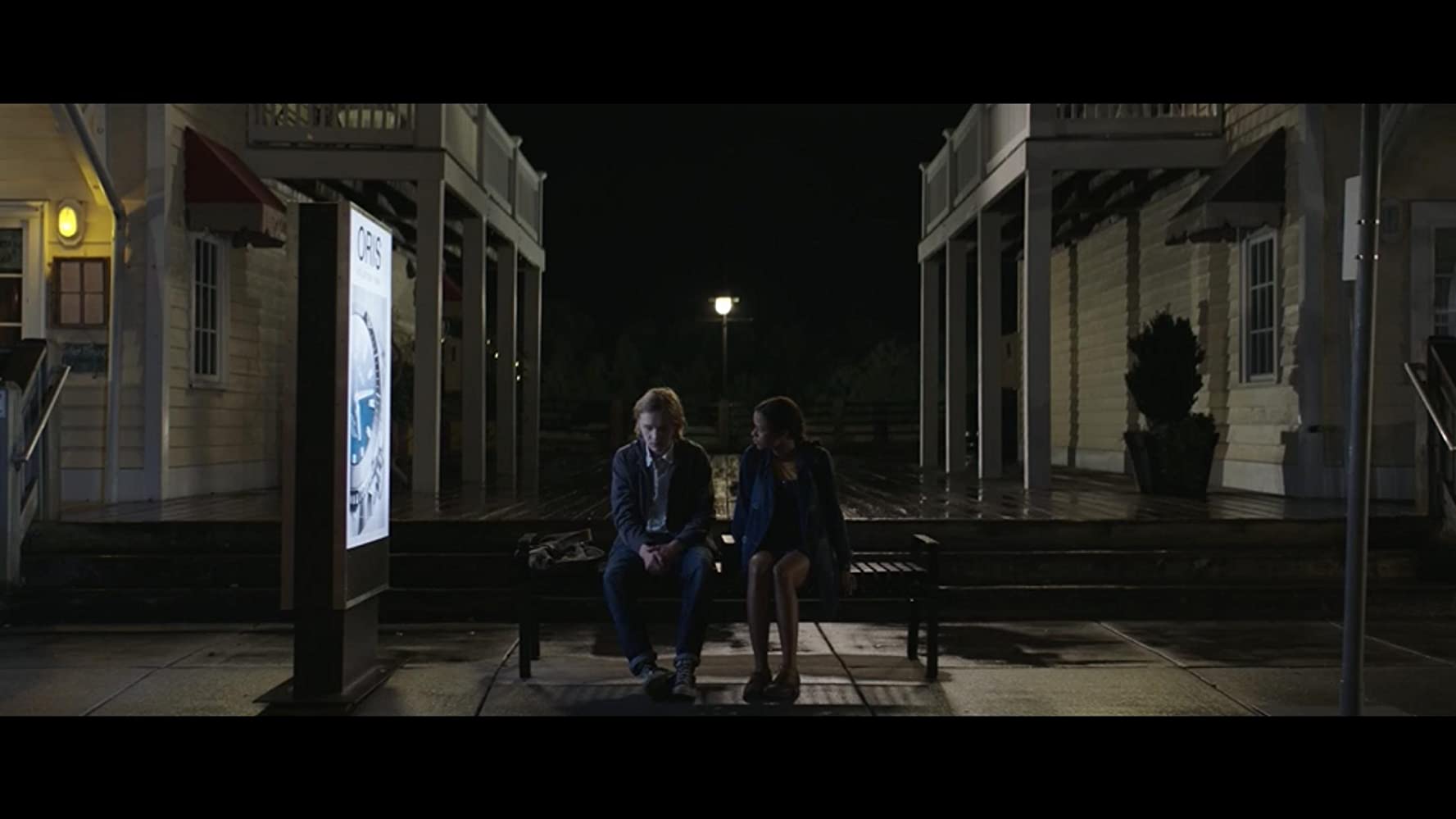 Photo courtesy of LD Entertainment and Kick the Habit Productions

LD Entertainment and Kick the Habit Productions
In Theaters: 08.21

If there’s one genre where I often find myself caught somewhere in between the haters and the worshippers, it’s the “feel-good” movie. I tend to find myself equally frustrated by those who demonized every single movie that Robin Williams ever made that wasn’t dark and R-Rated, as I am by those who honestly believe that as long as it gives you the warm fuzzies, it was a great film. For me, it all comes down to the same question as any other genre: Was it a good film?

Words on Bathroom Walls is based on a novel by Julia Walton, and it follows Adam (Charlie Plummer, All the Money in the World, Lean on Pete), a teenager who dreams of one day being a great chef. But the recipe for the life he wants is ruined when he is diagnosed with schizophrenia—or, more specifically, Hollywood Schizophrenia, complete with a set of quirky characters who follow him around everywhere. Sort of A Beautiful Mind meets Inside Out. There’s “The Bodyguard” (Lobo Sebastian), a fiercely protective and paranoid man who wields a baseball bat and acts like a bruiser in a mob movie; Rebecca (AnnaSophia Robb), an earthy hippie chick who represents Adam’s sensitivity and is constantly trying to encourage him and lift him up; and finally, Joaquin (Devon Bostick), who Adam himself describes as “the best friend character in every ‘80s and ‘90s movie,” who wears a bathrobe at all times and has a constant preoccupation with sex.

Adam is able to cope for a little while by focusing on cooking, because when he’s doing that he’s able to keep the voices at bay. But when he suffers his first major schizophrenic episode at school and another student gets hurt, Adam is expelled, and his mother (Molly Parker, Lost in Space) transfers him to a strict Catholic school for a fresh start. It is here that he meets Maya (Taylor Russell, also from Lost in Space), the plucky Valedictorian with whom sparks instantly start to fly. Adam must navigate therapy, finding the right meds, his prickly relationship with his mother’s new boyfriend (Walton Goggins) as well as this budding romance, all the while coming to terms with what his condition does or does not say about who he is as a person.

Plummer is a terrific young actor who makes the most of this star vehicle, and he is ably supported by the rest of the cast. Andy Garcia reminds us just how great he is in a supporting role as an understanding and helpful Priest, and Goggins (Lincoln, Django Unchained) as Adam’s unwelcome stepfather figure may be even better. Russell is a refreshingly real teenager, and the luminous Robb shines in her brief appearances.

Director Thor Freudenthal (Diary of a Wimpy Kid, Percy Jackson: Sea of Monsters) is leading a strong cast who are saddled with a wildly uneven script. The result is a fairly good movie that unfortunately feels far too much like a movie: It’s sadly lacking in subtlety and realism. Far too often, movies about mental illness tend to either vilify or glamorize the subject, and this film leans toward the latter. Further, it takes a major misstep toward the end as it gives in to the director’s obvious urge to play Adam’s imaginary friends as cute and endearing, which seriously undermines otherwise good intentions and some really strong moments leading up to that disastrous choice, including a heartfelt character moment that literally moved me to tears.

As a whole, Words on Bathroom Walls does succeed at being a decent crowd pleaser—well, people pleaser might be a better term—but it could have been so much more. It has all of the right ingredients for greatness, but it needed someone with the gumption to send it back to the kitchen as undercooked, because in its current form, it leaves an unpleasant aftertaste. –Patrick Gibbs