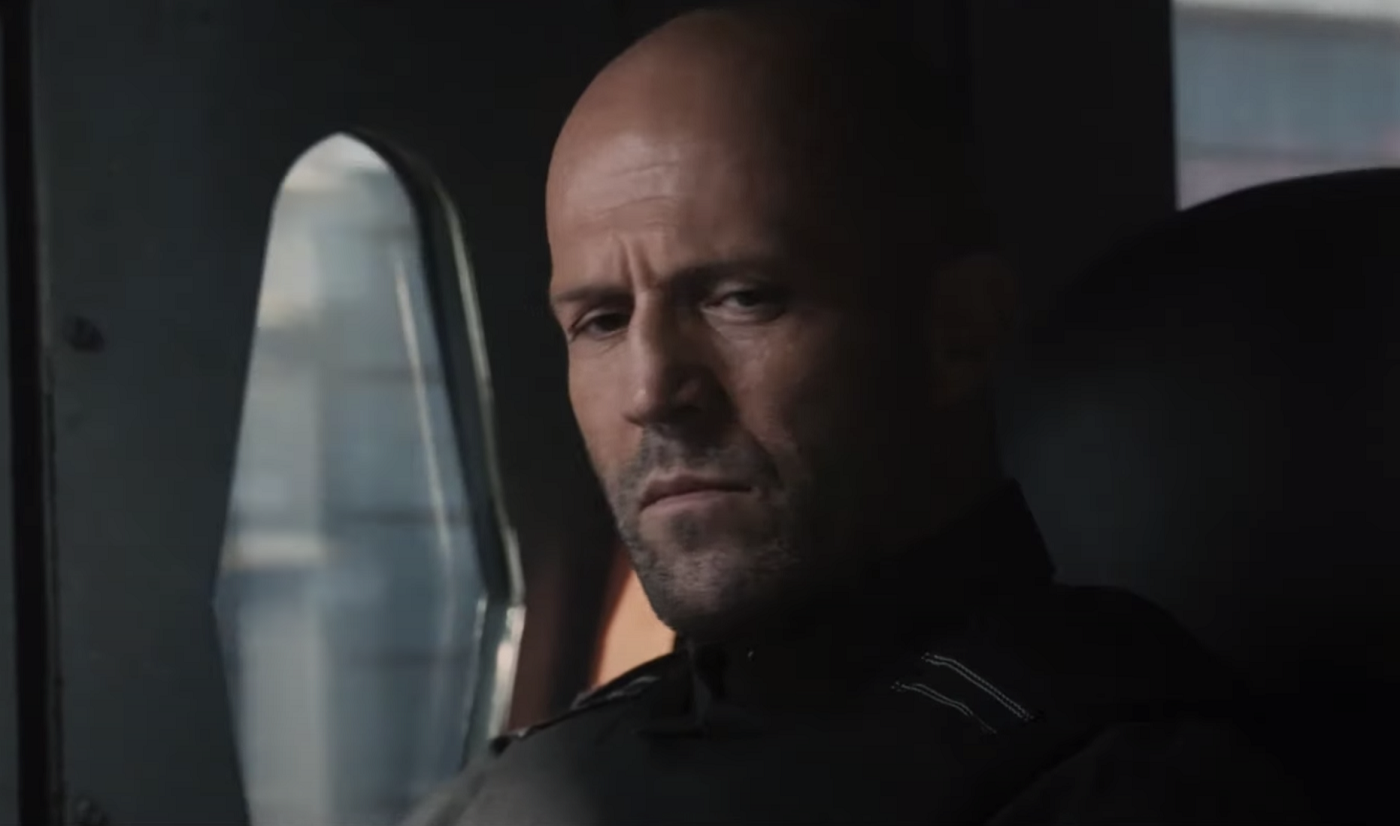 Metro-Goldwyn Mayer and Miramax
In Theaters: 05.07

After a few too many mega-budget Hollywood franchise projects that got away from him, director Guy Ritchie made a rollicking return to form 2020’s The Gentleman. It’s a wickedly entertaining caper movie that took him back to his roots. Wrath of Man reteams the director with his old collaborator, Jason Statham, but sadly, it’s missing the most crucial element of a Guy Ritchie film—namely, fun.

In Wrath of Man, Statham plays Patrick Hill—or “H,” as he is dubbed by a fellow guard (“Like the bomb, or Jesus H.”)—a mysterious and wild-eyed new security guard for a cash truck who stuns his co-workers when he unleashes lethal precision skills during an attempted heist. The company loves H for his heroism and for the inevitable stream of good publicity that comes from him cooly gunning down bad guys in the street—this is America, after all—but the rest of the crew is left wondering who this man is and where he came from. But as the story unfolds through flashbacks, we learn the mystery man’s ultimate motive and watch as he takes dramatic and irrevocable steps to settle a personal score.

Ritchie co-wrote the screenplay along with Ivan Atkinson and Marn Davies, who wrote the story for The Gentlemen, and adapted Wrath of Man from the French film Le Convoyeur. But aside from the nonlinear storytelling, there’s little of the artist’s touch evident here. It’s not just lacking in the director’s trademark “taking the piss,” irreverent sensibilities—the dialogue is just plain awful, ranging from a constant stream-heavy, deadpan lines talking about Statham’s deadliness (“He’s like some sort of bad, scary evil fucking spirit!”) to the star himself making witty quips such as: “Dave, you just worry about putting your asshole back in your asshole and leave this one to me.”

If you can come up with even a mildly convincing explanation of what that last line is even supposed to mean, email me at thepatrickgibbs@gmail.com. The person with the best explanation wins a free, monthly SLUG Magazine print edition for the rest of the year, delivered to the nearest coffee shop that carries free, monthly print editions of SLUG Magazine. Sadly, the dreadful dialogue isn’t helped at all by the slow, plodding pacing that is clearly meant to be building the tension to a boiling point, punctuated by the heavy beats of the one-note score by Christopher Benstead.

The cast is impressive enough, featuring Holt McCallany (Mindhunter), Jeffrey Donovan (Burn Notice, Honest Thief), Josh Hartnett (Pearl Harbor) and Eddie Marsan, of course, because it wouldn’t be Ritchie film without him and Scott Eastwood (The Outpost). The material isn’t doing them any favors, however, although the bearded, greasy-haired Eastwood is certainly making the most of this opportunity to play villainously against type, and he does make quite an impression, specifically, an impression of  Kurt Russell as Snake Plissken.

By far the biggest failure of Wrath of Man is in the fact that it just doesn’t deliver as an action flick. Sure, there’s more gunfire in the two-hour runtime than in the entire invasion of Grenada, but it’s just violence, not action. Aside from the sequence of the first truck attack, none of it is thrilling or exciting. It’s just a callous and numbing bloodbath that just left me feeling tired, disgusted and irritated when it was finally over.

Statham and Ritchie are both capable of much better, whether together or separately. While I don’t think anyone’s expectations were exactly through the roof for this one, Wrath of Man comes at a time when it really didn’t need to be great; it just needed to qualify as even mildly entertaining, and as such, it may be one of the most disappointing movies of the year to date. For my money, it marks the lowest point in Ritchie’s career since Swept Away in 2002. Maybe I’m underestimating and there’s a crowd who’ll eat this up, but it’s my belief that the best hope for both director and star is that Wrath of Man will fizzle and go away as quickly as it possibly can, and be forgotten entirely. –Patrick Gibbs