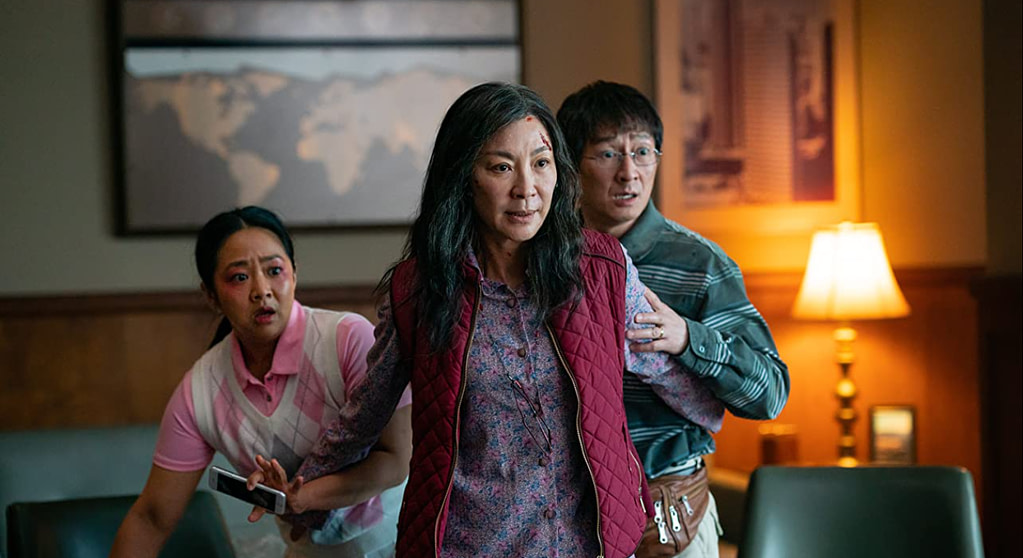 Photo Courtesy of A24, IMDb

That’s a wrap on another year of moviegoing, folks, and what a year it has been. The big screen experience is back, with crowds flocking to theaters to catch grand IMAX spectacles such as Top Gun: Maverick, Avatar: The Way of Water, at least two variations on the exact same horror flick every week and approximately 37 new offerings from the “I Can’t Believe it’s Not Cinema!” product line at Marvel Studios. Meanwhile, the small-screen experience continued to be a major presence, with a steady offering of new releases to stream steadily. I present to you my picks for The Top 11 Films of 2022, in alphabetical order. 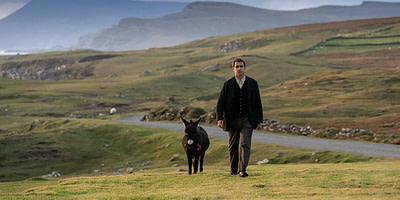 This hilarious and insightful gem follows the end of a longstanding friendship on a small island on the Irish coast, as Colm (Brendan Gleeson) decides to cut Pádraic (Colin Farrell) from his life and the fallout from this surprise decision ensues. Martin McDonagh’s brilliant dialogue combines with pitch-perfect performances to make for one the most satisfying and original films I’ve seen in years. 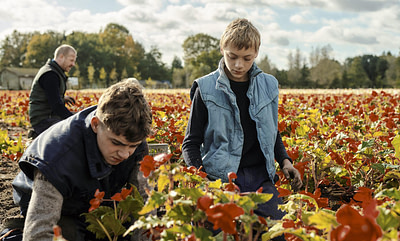 Diaphana Films and Topkapi Films
In French, With Subtitles

Léo and Rémi (Eden Dambrine and Gustav de Waele, respectively) are two 13-year-old boys whose friendship includes casual displays of affection such as putting an arm around the other or resting their head on the other’s shoulder. When summer ends, the children at school begin to speculate about the nature of the boys’ relationship. This causes Léo to pull away, fearing that being seen with Rémi will mean consequences. Sadly, Léo is about to learn one of the harshest lessons imaginable about living with consequences. Sad, sensitive and troubling, Close is an unflinching examination of the damage caused by casual bullying, as well as the reality that homophobia hurts everyone. 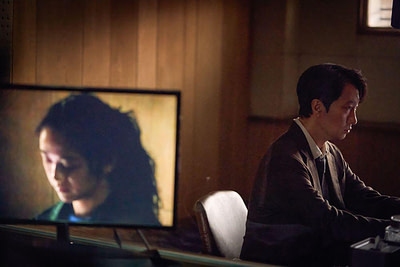 Moho Film
In Korean, With Subtitles

One of the great directors of our time seems to channel one of the greatest of all time as Park Chan-wouk evokes an element of Alfred Hitchcock with  this moody romance. When an insomniac police detective becomes obsessed with a beautiful suspect, the twists and turns he faces while unraveling the mystery surrounding her will leads to a shocking ending that literally turns the tide of the detective’s life forever. 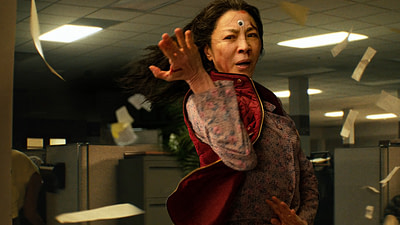 Everything Everywhere All At Once
Directors: Daniel Kawn, Daniel Scheinert

After experiencing the joys and sorrows of this action-packed and endlessly creative “little indie that could,” not only have audiences found their minds blown by an exploration of multiverses and alternate realities that puts every other foray into that territory to shame, they’ve learned that emotion and insight can be found in the unlikeliest of places. At the very least, none of us will ever take a pair of immobile boulders for granite again. 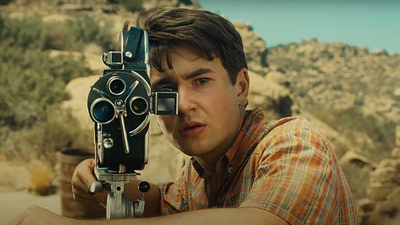 The father of the modern blockbuster gets personal with this portrait of an aspiring auteur growing up in a home that may not quite be broken but is cracked beyond repair. Spielberg holds the mirror up to nature and points his camera inward for this soul-baring, uplifting drama about family dynamics and finding your bliss. 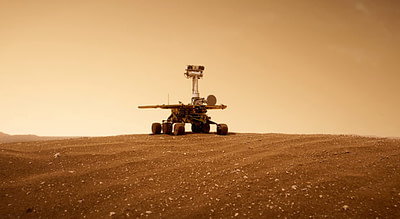 Move over, Matt Damon. As good as The Martian was, the real story is even better.  This groundbreaking documentary follows the life and journey of Opportunity, a Mars rover nicknamed “Oppy,” who was launched into space in 2003 along with her sister, Spirit, and defied all odds by surviving to explore the harsh terrain of the red planet for 15 years. A mix of archival footage, all-new interviews and stunning CGI recreations allow us to follow Oppy’s life from her beginning to her noble end, and it takes no fictionalizing to make both rovers more endearing and relatable than any traditional big-screen action heroes this year. 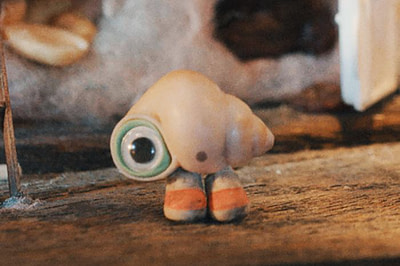 Marcel The Shell with Shoes On
Director: Dean Fleischer-Camp

Writer-director and professional grease stain Quentin Tarantino recently asserted that today’s movies don’t deliver the kind of star we got back in the Golden Age, which leads me to believe that he can’t have seen this delightful mockumentary. Marcel (voiced by Jenny Slate) is a one inch–tall talking shell living in a home along with his grandmother, Nanna Connie, and Alan, his pet ball of lint, that has just been converted to an Airbnb While there’s more to the movie than I’ve just described, I simply can’t imagine why anyone would need to hear it in order to be sold on seeing this modern masterpiece. 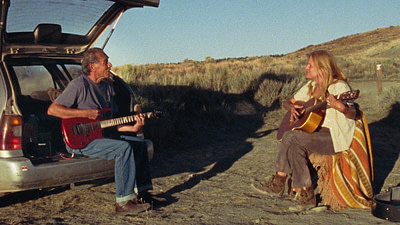 A wonderful, melancholy exploration of loneliness and hope, A Love Song is a triumphant first feature that instantly establishes Max Walker-Silverman as a filmmaker to keep a close eye on. Dale Dickey and Wes Studi star in this tender story of two widowed friends reuniting at a mountain campsite to reminisce on their past and ponder the possibility of a future together. 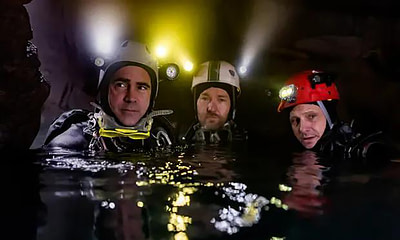 Disproving any superstition regarding unlucky numbers, Ron Howard brought us his best film since Apollo 13. On June 23, 2018, in Thailand, 12 boys and the assistant coach of their soccer team were trapped in Tham Luang cave. The effort to find them and get them out safely united the citizens of Thailand and people all over the world. Howard has no peer when it comes to bringing harrowing, true-life rescue stories to the screen, and the stellar cast that includes Colin Farrell, Joel Edgerton and Viggo Mortensen certainly doesn’t hurt, either. 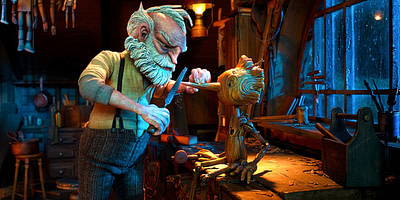 Carlo Collodi’s classic tale is infused with bold new life, mixing Frankenstein with the rise of fascism in the era of Mussolini. The voice talents of Ewan MacGregor, Christoph Waltz, Cate Blanchett and Tilda Swinton add to the magic, though most of all, it’s the painstaking, hand-crafted, stop-motion wizardry that that brings this Pinocchio to life. While it’s most certainly not for little kids, this Pinocchio is loaded with heart, artistry and enough universal truth to satisfy even the most cynical of talking crickets. 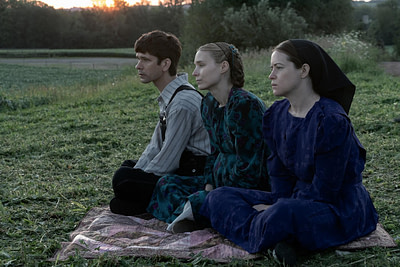 Hear/Say Productions and Plan B Entertainment

Equal parts emotional gut punch and thoughtful dissertation, Women Talking is based in fact yet serves as the perfect allegory for the unrighteous dominion of religious and societal patriarchy. The film centers around eight women in a Mennonite colony who decide on a course of action following the revelation that men from their community have been drugging and raping them at night for years. The amazing ensemble cast includes brilliant work from Clair Foy, Jessie Buckley, Rooney Mara, Sheila McCarthy and more, though it’s thanks to writer-director Sarah Polley that their voices will echo forever in the minds of all who hear them.