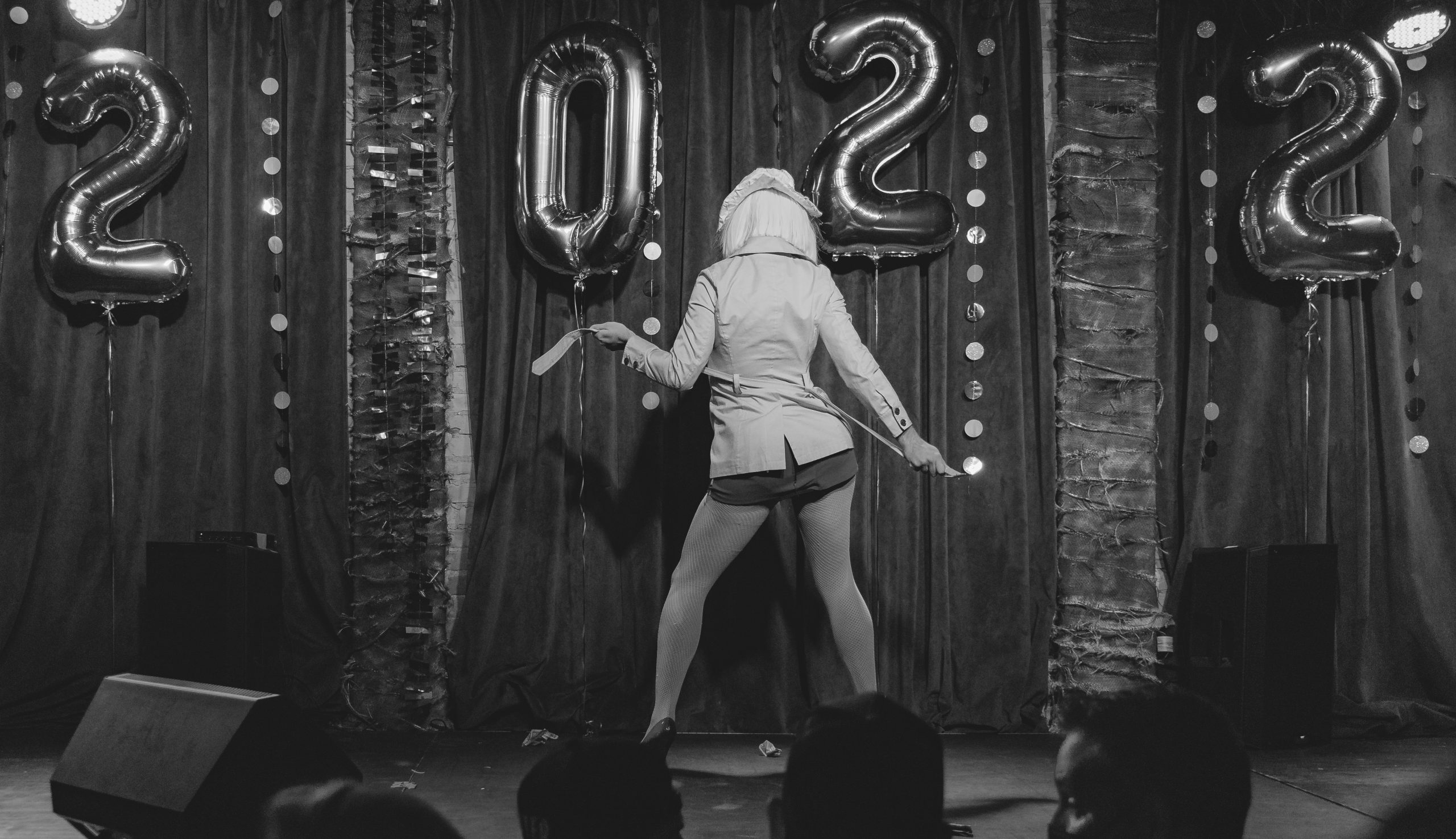 What happens when you put some of Salt Lake City’s most talented drag performers onto the same stage in one of the city’s finest venues on New Year’s Eve? Absolute, pure magic—that’s what. Enter Why Kiki NYE 2022. What started out as a cold, winter night in the city of salt quickly became one of the hottest events of the evening. Why Kiki NYE Show Presents Lady Bunny provided performances from spectacular national acts, as well as performances from some of SLC’s favorite locals,such as Ursula Major, Madazon Can Can, Hoe Shi Minh and more.

As members of the star-studded lineup began to take the stage, the venue filled and the absolutely hilarious, wonderful shenanigans ensued! Patrons were treated to everything from lip syncing and comedy routines to dance performances and antics that were a sight to behold and a joy to experience. Anyone who has ever seen a live performance from Lady Bunny can tell you that, if you enjoy drag, a Lady Bunny performance is a must-see. She’ll have you laughing and smiling so hard your face hurts for days, still begging for more once she’s finished.

While every performance and performer was beyond remarkable, one that should be mentioned was one of SLC’s newest: Tamara Knight. As of that evening, Knight had only been doing drag for a couple of weeks, but anyone who was there that night will tell you that certainly did not appear to be the case! From high kicks and knee drops to perfectly executed jumping splits, Knight had all the right moves and the stage presence of a seductive baby tiger! Needless to say, Knight’s performance was an absolute joy to watch.

Last but not least, I would be doing a disservice if I didn’t mention one of the most—if not the most—unique and oh-so-rad acts of the night: our hostess with the most-ess, SLC superstar Ursula Major! Her act entailed filling a syringe with champagne and shooting it through her nipple and into a wine glass from over a foot away! Talk about spectacle! Ursula Major is a must-see if you haven’t.

As the show went on, the acts progressed toward the much-anticipated countdown to midnight. The room began to fill to capacity and the energy of the crowd followed suit. We hit the minute before midnight, and from across the stage performers began to line up with confetti cannons in hand. The moment we all were waiting for had arrived! The countdown began as drinks were raised, star-crossed lovers prepared for that coveted first kiss of the year and the cheers began! The clock struck midnight, the confetti began to fly—sheer chaos ensued!

Just like that, we had officially sang, danced, laughed ’til we cried and power kicked our way into 2022 (with mad style, I might add). If next year’s celebration at Why Kiki is anything like 2021’s, I can most certainly guarantee you’ll know where I’ll be.