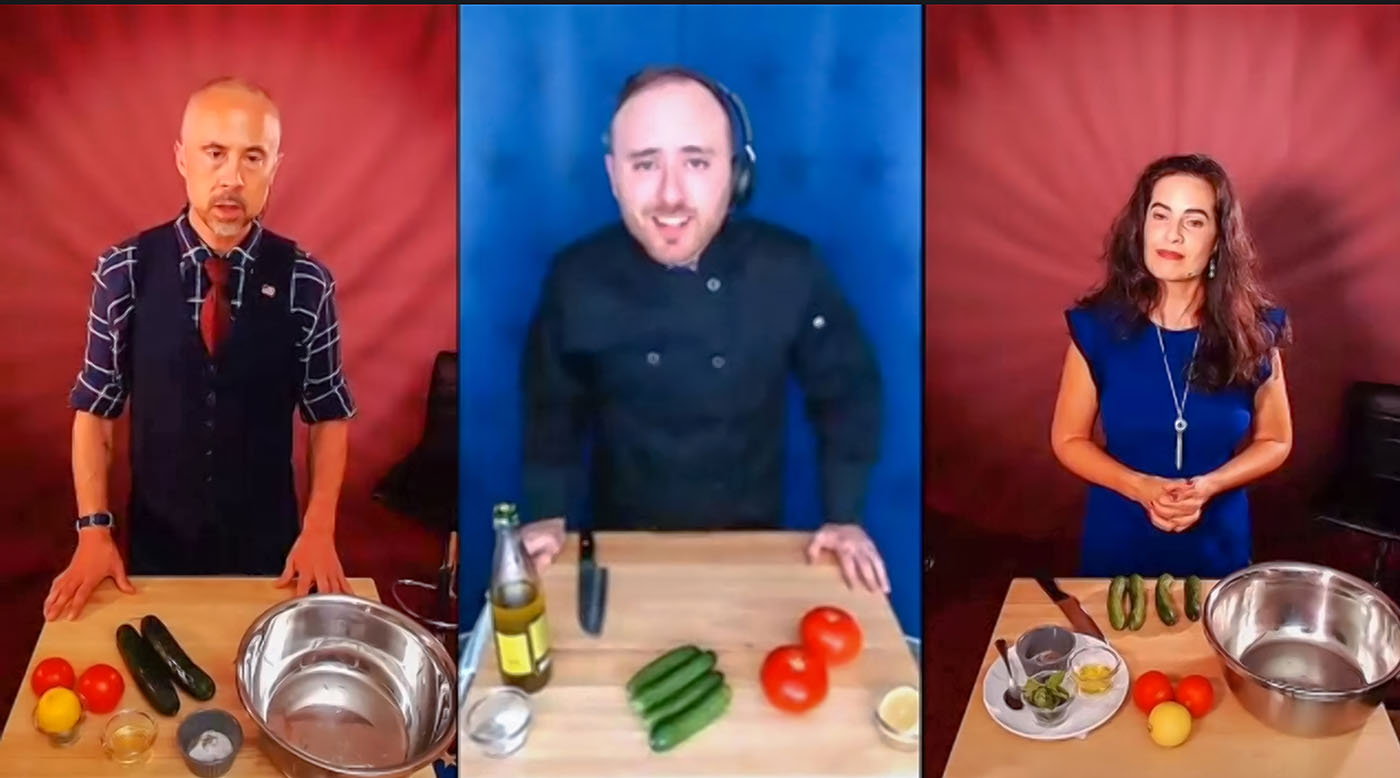 The Interpretation of AMERICAN DREAMS

While I was waiting for my microwave mac ‘n’ cheese—which took a painful seven and a half minutes to cook—I decided to pull up a tab and search for AMERICAN DREAMS by the Salt Lake Acting Company, created and developed by Leila Buck and Tamilla Woodard with Jens Rasmussen in collaboration with Osh Ghanimah and Imran Sheikh. I discovered that AMERICAN DREAMS was first produced by Raymond Bobgan for the Cleveland Public Theatre in 2018. This revelation was rather shocking to me, because this meant that the production team and cast in AMERICAN DREAMS fully adapted this play to be performed online and interactive via Zoom. I must admit that I was a bit skeptical about how this was going to be presented, but boy was I pleasantly surprised. The microwave beeps: My mac was ready and so was I for AMERICAN DREAMS.

As the Zoom meeting started, me and a collection of around 140 guests were welcomed by India Nicole Burton as the character Bree, one of the fun-loving hosts of the game show American Dreams. Essentially, the guests watching the Zoom call (including me) are the audience of a game show where we decided who got to become an American citizen and—ultimately—who did not. These choices were decided by actual dialogue shared between the actors and some members of the audience as well as Zoom poll questions that we answered.

“It is, perhaps, one of the most important plays I’ve seen to date.”

Once Bree warmed us up with a beautiful rendition of our national anthem (sung by yours truly among others), we finally met the other two hosts of the show, Rasmussen as Chris and Buck as Sherry. Chris and Sherry introduced the contestants, Ali Andre Ali as Adil, Sheikh as Usman and Andrew Aaron Valdez as Alejandro. These three “hopefuls,” as they’re described, are trying to obtain an American citizenship by explaining their hopes, dreams and why they should be allowed into our country.

AMERICAN DREAMS starts off on a rather happy note, but one thought was festering in the back of my mind the entire time: We, the audience, are choosing the fate of these three sweet, intelligent and full-of-life people. It just isn’t fair, but I think that’s the point. The story is performed in a simple, three-act structure with three rounds of questions or prompts for the contestants. In the final act, Chris and Sherry begin to drill our contestants a little too hard and begin to become a condescending pair. Throughout the play, there are brief “commercial breaks” of sorts featuring Bree and her antics of involving the audience, providing a further game show atmosphere to the Zoom call. This was spectacularly done, as I soon forgot about my lukewarm mac ‘n’ cheese and that I was sitting at my kitchen table.

“That’s when it hit me: This is not a parody or a light-hearted subject.”

One big thing I would like you to take away from reading this is that this play is entirely interactive, thus the story changes each time you see it with different audiences, variety in dialogue and the end result of who wins and who loses. No one time you watch this is identical, and I think that is incredibly unique and a definite unprecedented play for me during these also, unprecedented times. The cast must prepare for all sorts of situations that the audience puts them in—especially the contestants’ interactions with the audience. The audience was mostly there to support the narrative that AMERICAN DREAMS is trying to convey. The Zoom polls popped up on my screen, and we were able to vote on who won for that particular round in the game show. Volunteers were chosen for each round and the audience was allowed to ask the actors questions through Zoom about American values and the like. These included important, burning questions such as if you prefer chocolate, vanilla or strawberry ice cream.

The end credits began with a virtual ovation for the cast and producers but was carried out with a black screen and simple white text displayed on it. The text read, “WE ARE ALL IMMIGRANTS.” “This Land is Your Land” by Sharon Jones & the Dap-Kings played in the background.  That’s when it hit me: This is not a parody or a light-hearted subject. The point that Buck and co. were trying to drive home is that those of us who were born American citizens don’t understand the hardships of those who are coming into this country chasing the so-called “American dream.”

It just isn’t fair, but I think that’s the point.

This hit me hard because my great-grandparents are from Mexico and fought hard to obtain citizenship—they were fortunate enough to give that to their kids who were born on U.S. soil. I’ve seen my grandpa struggle with racism and stereotypes due to where his parents came from, so I felt for these actors who so lovingly portrayed their specific contestants and the struggles that people all over the world go through. It is, perhaps, one of the most important plays I’ve seen to date, and it should be shown in cities all around the U.S.. Remember, it’s a game, it’s a show, it’s America!

You, too, can participate in this game show, AMERICAN DREAMS by Salt Lake Acting Company from Oct. 14–18th, live, virtually on Zoom and participate on who deserves to become a citizen. Tickets can be purchased at the play’s official site.