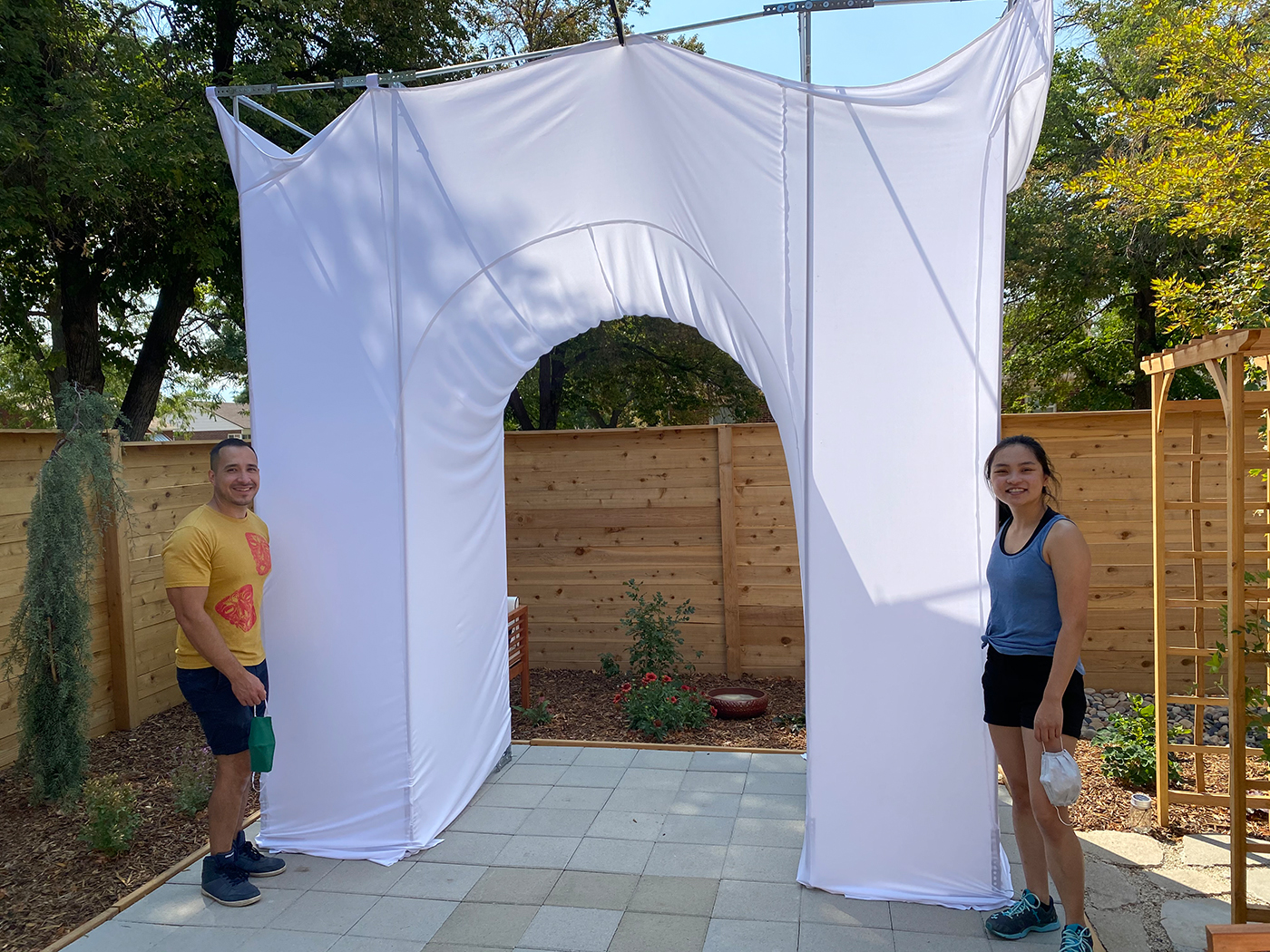 Tomorrow’s Monument: Monument for the Future

Are today’s monuments a total sum of their histories? If a monument memorializes a person, event or place rooted in racism, does it not also memorialize racism?

Tomorrow’s Monument, in a way, is a response to this question. Presented as part of Pain and Possibility: A Community Art Series, co-creators Alex Moya and Kathy Tran want to ask each person who engages in their participatory art experience to reflect on just that: How do we as individuals, communities and a society participate in racism?

In response to ongoing racial injustice across the country—and world—many have begun to question and take action against the monuments in their hometowns that are rooted in the celebration of figures of colonialism and genocide. Camille Squires, a journalist for Mother Jones, reports that as of June 2020 a number of statues of Christopher Columbus such as ones in Florida, Massachusetts, Virginia and Minnesota; confederate monuments like those in Kentucky, Indiana, Alabama and Mississippi; as well as a large number of monuments celebrating colonization across the United States, have been destroyed, displaced or vandalized by American citizens. It’s almost as if the American people are asking; what exactly are we remembering? It was at about this same time that the two artists featured in Tomorrow’s Monument began working on what they call their largest project and collaboration to date. Brainstorming over Zoom in the middle of a pandemic, Moya and Tran reflected on today’s evolving culture around anti-racist work and strove to create what they call a “monument for the future.”

The piece was constructed over the span of two months, made out of white-knit jersey stretched over a zinc structure. Tran did much of the sewing while Moya assembled the frame, and the rest they troubleshooted together. Tomorrow’s Monument is the creators’ idea of accessible commemoration. It is a monument that can travel to the people and not the other way around. The piece was made to be taken apart and reassembled, giving their audience the idea that this is a memorial to which we all have access. In fact, as I approached the Sugar Space in Downtown Salt Lake City, the piece was still being assembled, a sort of symbol of the ongoing commitment and restructuring of ourselves and our biases. 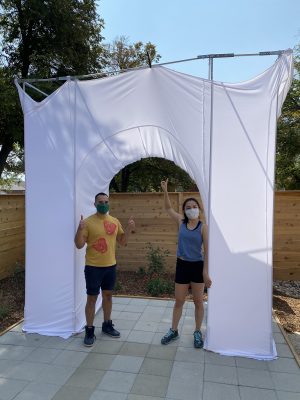 The structure is large and white, an arch much like the Arc de Triomphe, with just enough space for a single person to walk through. Tran and Moya describe how they would like any participant to experience the monument akin to a journey that we all must take, a commitment that must be made.  Tran describes it as a “right of passage,” and it’s one that must be taken at night in order to fully engage with the symbolism. Pieces of history with racist ties have been incorporated into the design and projected onto the white cloth. The Christopher Columbus monument in New York, Civil War’s Robert Gould Shaw Memorial, as well as the confederate monument Stone Mountain have all been repurposed to share the artists’ message, which can be read upon entry:

“Come in, bring your pain into this cruel stone and metal Come into the future with your dreams and hopes for a world without racism We don’t need another monument of stone, but living monuments of flesh, committed to eliminating racism”

Walking into the structure itself triggers a series of animations inside the arch. At first, words prompt you to “Breathe for those who can’t,” perhaps a subtle nod to George Floyd’s pleas at the hands of police brutality, or, a larger nod to marginalized communities at large who are rendered voiceless by white supremacy. Taking a few deep breaths reminds you that you can breathe, and of the privilege that accompanies each of those breaths, as one by one, an animation of flowers bloom on either side of you, urging something inside of the participant to grow.

It is a monument that can travel to the people and not the other way around.

The opening presentation of the Tomorrow’s Monument was a quiet one with only a few participants. A small family with children, a number of individuals, couples and the creative team enjoyed the display as the sun went down and the monument was erected; it was an almost reverent evening. While Moya and Tran describe Tomorrow’s Monument as an invitation to reflect on our roles in racism, to them, the completion of the project symbolizes their own journey, and, in a way, cements their own commitment to becoming anti-racist. –Matthew Howland