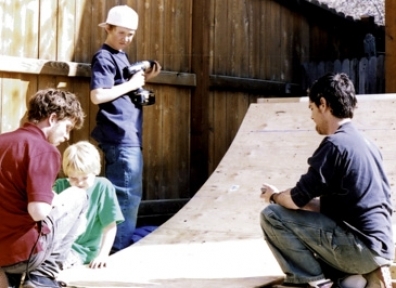 The Porter Pipe: Killing the Proverbial Panda
By Amstel Adams

Ahh, the smell of fresh cut grass. The good lord gave us things like that and other things like half pipes and the American Dream to make life worth living.  While the latter has become a thing of the past—stomped under foot by the big wigs in Washington, greed and anti-Americans everywhere—Kevin Templin, head brewer at Red Rock Brewing Co. in Salt Lake City, has taken it upon himself to make sure his eight-year-old son Porter gets a taste of the glory. In this case, a taste of cold refreshing glory is a three-foot half pipe in his very own backyard. … read more