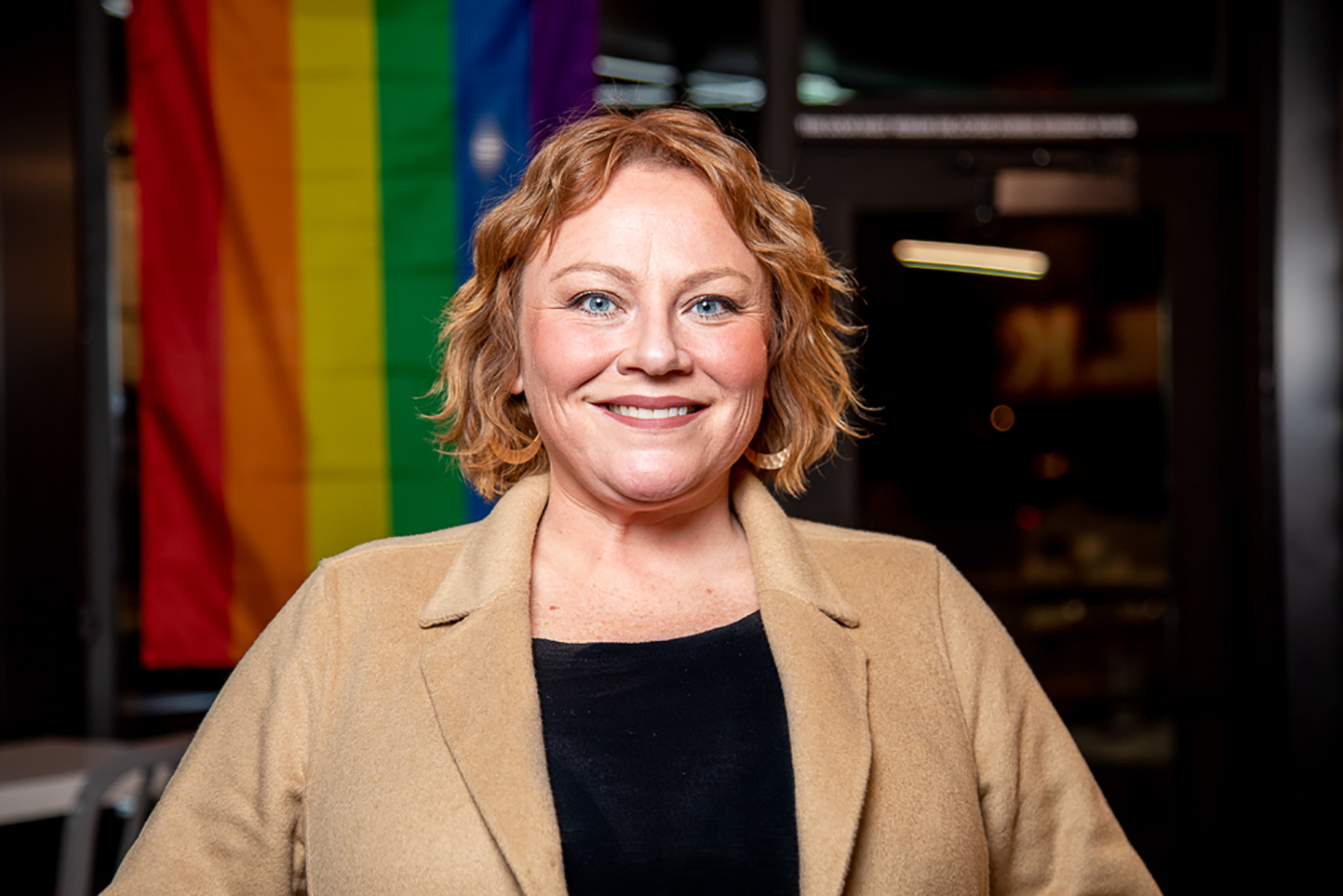 Of all the trials, tribulations and traumas of transitioning genders, one of the most frightening—but also one of the most necessary—is the inevitable legal change of identity. Even with the support of friends, family, coworkers, etc., the idea of sitting down in front of a judge and petitioning for your right to be yourself is a daunting prospect. Jessica (Jess) Couser is a local attorney who aims to alleviate some of the anxieties surrounding this process by offering her expert legal services for free to transgender individuals in need of representation at these hearings.

On top of years working in family law—often with LGBTQ+ clients—through her own firm, Just Law, Couser also runs a monthly free clinic in conjunction with the Utah Pride Center and the University of Utah School of Law called the Rainbow Law Clinic. Here, Couser and a team of volunteer attorneys and university law students provide assistance, guidance and education for LGBTQ+ community members trying to navigate the legal system. It was after the 2016 election—feeling both hopelessly dismayed and vigorously motivated—that Couser decided to elevate the her work with the Rainbow Law Clinic and began offering representation for transgender-identity-change cases pro bono (for free). Since then, Couser has represented almost 20 individuals in courts, including a number of child-transgender cases.

Within the numerous changes that need to be made in order to provide more advocacy to the trans community, Couser sees two as being especially significant: a change in legislation and in the personal attitudes of attorneys, judges and legislators. “Right now, the law—when it comes to a legal change of gender—has a lot of room for interpretation,” she says. “The judges really have the power to decide.” While Couser acknowledges the fear that some attorneys express with regard to change in legislation—that the law could become more rigid against the interests of the trans community—she hopes that a better system will eventually take over. The ideal legal path, she says, would “have a clear statutory path for any trans person to change their identity documents and [state] that there should be no specified requirements for transitioning. [It] would recognize that each gender-nonconforming experience and transition is different.

“Right now, the law—when it comes to a legal change of gender—has a lot of room for interpretation.”

The change in thinking and understanding throughout the legal community is both less concrete and more vital than the pure legal change. In her years representing LGBTQ+ clients, Couser has grown increasingly impatient with any closed-mindedness on the part of her peers. “Sometimes it’s frustrating to me because when I’m talking to somebody—another attorney, a mediator, a judge—I found they’re questioning whether my client or … whether transgender is [in theory] … legitimate,” she says. “I believe that, at this point in history or not, as an advocate, it’s not about us. It’s not about our personal beliefs. It’s about advocating for someone whose rights aren’t being protected.”

It’s precisely these retained prejudices that, combined with the haziness of the law, provide the biggest barrier for Couser and her clients’ success. As it’s currently stipulated, for a trans individual to change their identity documents, the judge has to believe that the action represents “a genuinely held belief.” That some deny her clients this truth is, for Couser, nothing short of ludicrous. “By the time we’re coming in front of a judge and asking for identity documents, my client has already transitioned,” she says. “They’ve gone through all the conversations with grandparents, uncles, parents. They’ve already transitioned at work—maybe lost jobs, maybe gotten new jobs. Maybe their relationships have changed. They’ve done this; they’ve done the work.”

Still, Couser’s experience and persistence has led to numerous happy endings. One particularly potent experience occurred when Couser represented an individual who had previously attempted to change their identity documents, though was unable to do so due to a lack of knowledge about the legal process. He had lived a large portion of his life in a position where he was unable to represent himself in the way he desired, and the final confirmation was a relief and affirmation like no other. In light of both successes and increased involvement with the trans community, Couser has become more conscious of how and where her work—and the work of American law at large—needs to grow.  “I’m not transgender. It’s an odd space to be in to be advocating for a community as ‘they.’ What I would love and what I would foster is a place of employment in my firm … where transgender and gender-nonconforming people can become a part of the law and advocate along with me and ahead of me.”

“It’s not about our personal beliefs. It’s about advocating for someone whose rights aren’t being protected.”

Hopefully, Just Law will follow this path—and hopefully, the law, in both a legislative and communal sense, changes in the ways Couser wishes. For now, Jess Couser is providing a vital sense of guidance and assistance to the trans community, one that should be seen both as a blessing in the present and a small step toward the equality and empathy of the future. Those interested in seeking out Couser’s services can contact her through Just Law at justlawutah.com, or can attend the Rainbow Law Clinic, held in the Utah Pride Center on the second Thursday of every month.