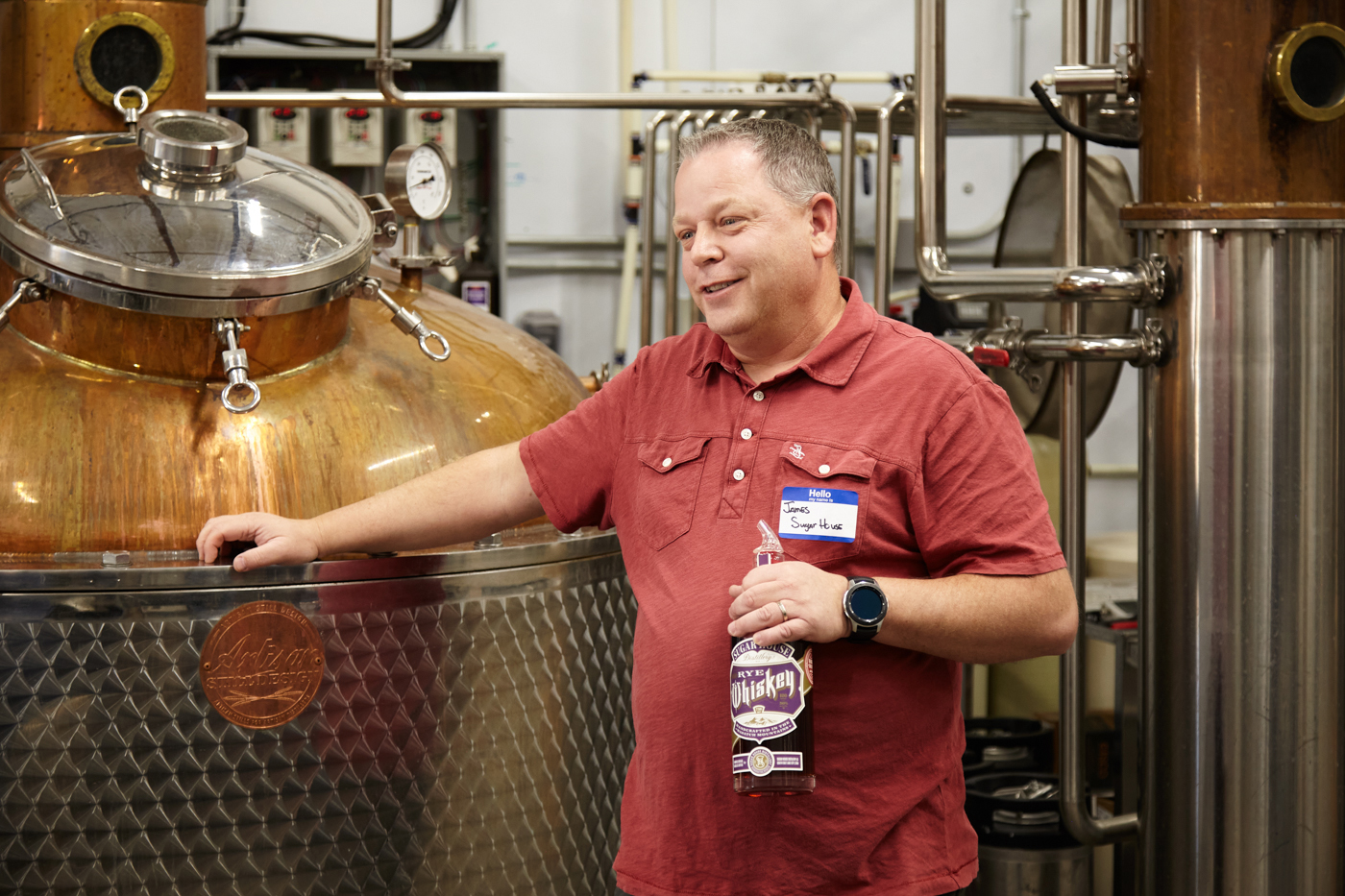 Upon the release of a limited edition run of their second Barrel Master release, just over 300 bottles of “Barrel Master #2”, Sugar House Distillery hosted a special trade-only preview and pre-sale event a few days before it is being released to the public. This special rye whiskey is described as “Sugar House Distillery’s first ‘Straight’ Rye Whiskey with a Taransaud Medium+ Toast French Oak barrel that previously housed an inky old-vine Malbec from Mendocino County.” It was then aged for almost 18 months. Guests arrived quickly and enjoyed tastings of not only the new release but of their classics as well. With lunch from local deli Caputo’s, and excellent talk from owner James Fowler, it was a success and many bottles were sold that day!