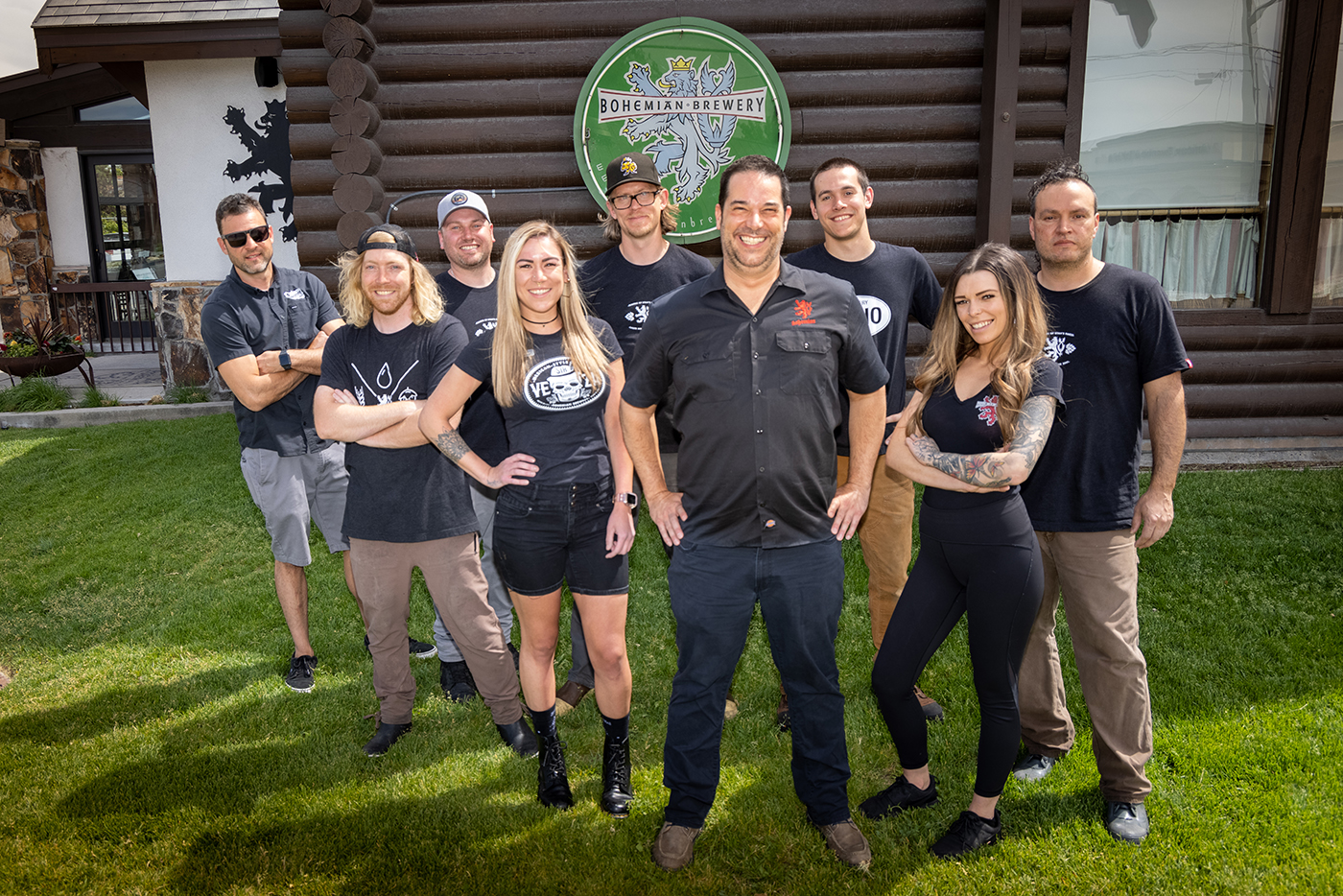 For the last 20 years, Bohemian Brewery, founded by Joe and Helen Petras, has stood as a steadfast institution in the ever-changing Salt Lake brewery landscape, offering authentic beer, food and hospitality straight from the heart of Europe. Bohemian’s old-school and authentic approach sets it apart from its peers, rooted firmly in ancient lagering and brewing traditions passed down through centuries.

At the turn of the millennium, the Salt Lake brewery scene barely resembled what it is today, as it was restricted by tighter alcohol laws and a more conservative attitude towards drinking. However, the 2002 Winter Olympics waited just around the corner, promising to bring immense cultural and legislative change. “A lot of Utahans themselves were looking at what our image was to what an international crowd would perceive,” says Kelly Schaefer, Marketing Director for Canyon Culinary and Bohemian Brewery [Ed: The print version of this article misspells Schaefer’s name]. As Utah made its debut on the global stage, opportunity knocked for the Petrases.

“A lot of Utahans themselves were looking at what our image was to what an international crowd would perceive.”

The couple emigrated from Czechoslovakia—now the modern countries of the Czech Republic and Slovakia—in the ’80s, fleeing a brutal authoritarian regime under cover of night. As the story goes, Joe snuck lager yeast cultures with him that he used to craft Bohemian’s signature beer. After several years in Utah, they jumped at the opportunity to open a business built on Helen’s experience in the Salt Lake restaurant industry and Joe’s passion for brewing. They found an ideal location in Midvale, a rustic, Alpine-style building looking up at the Wasatch that evoked the spirit of old Bohemia.

“Joe and Helen snatched it up,” says Schaefer. “In addition, they knew the Olympics were coming. They knew they’d be hosting a great international crowd that would be coming to Utah and they thought that would be the ideal time to showcase their heritage recipes, food, hospitality and of course, the beer. We are here today because it just struck at the right time and, obviously, it didn’t hurt that the beer styles they were doing were unique.”

“We are here today because it just struck at the right time and, obviously, it didn’t hurt that the beer styles they were doing were unique.”

Bohemian’s core lineup of lagers—like the classic 1842 Czech Pilsener, the balanced Viennese Amber Lager and the rich Cherny Boch—owe their success to the talent of Bohemian’s brewing staff and their old-school, European style. The brewery abides by the Reinheitsgebot (German Purity Law), first established by the Holy Roman Empire that limited beer ingredients to barley, hops, yeast and water. Bohemian also employs a double decoction brewing method that magnifies that malty quality of their lagers. “Decoction mashing is an old-fashioned method of boiling a small portion of the mash and then returning it to the whole, in turn raising the temperature,” says Head Brewer Brian Erickson. “Joe had a burning desire to make his lagers the old-fashioned way. Czech [brewers] were instrumental in developing this decoction method and to this day they are very proud of it. Joe was no exception. He never blinked an eye when people called him crazy, and I love how he stuck to his guns,” he says.

As the market changed over the years, Bohemian’s commitment to tradition and authenticity endured. However, the staff never shied away from innovation on their own terms when opportunities presented themselves. When IPAs soared in popularity, Bohemian responded with a German Pale Ale (GPA), crafted using Bavarian ale-brewing techniques. Later, Bohemian met the growing demand for Mexican lagers with their Sir-Vesa, which won the 2018 Brewstillery’s Best New Brew and People’s Choice: Best New Brew awards. In November of 2019, the shift to 5% ABV finally allowed Bohemian to can and ship products with alcohol contents in line with the beers one could find in Vienna, Munich or Prague.

COVID-19 brought unique challenges that demanded even greater adaptation. Draft sales dried up and demand for canned beer skyrocketed, forcing Bohemian and other breweries to refocus on packaging. Just as the need for supplies exploded, shortages plagued many industries across the U.S.—the staff found themselves overworked and shorthanded. Despite the challenges, Bohemian found an opportunity to reorient their operation and become more efficient. “It’s changed the way we operate in a good way, and will have hopefully lasting repercussions for years to come,” says Schaefer. He gives special credit to the staff’s incredible resilience: “They care; they fought; they had a lot of sleepless nights and exhausting days, not only keeping the brewery going but taking care of their families. To see the light at the tunnel with the group that’s remaining right now is pretty cool. We definitely fought something and overcame it.”

This summer [2021], Bohemian invites old and new customers to enjoy their beer at home, in their brewpub and at the ballpark. “This year, we have become the official local craft brewery sponsor of the SL Bees, and we have also brewed a special American Lager called BEES BREW which is exclusive to the team and ballpark,” says Schaefer.

“We definitely fought something and overcame it.”

Looking forward to the next twenty years, Bohemian plans to stick to the time-tested methods which put it on the map. “In short, what you taste when you have a Bohemian Beer is absolute purity and simplicity of the brewer’s craft—malt, hops, yeast and water,” says Schaefer. “And let’s not forget the often-overlooked ingredient that separates a well-made lager from so many of the others: time.”