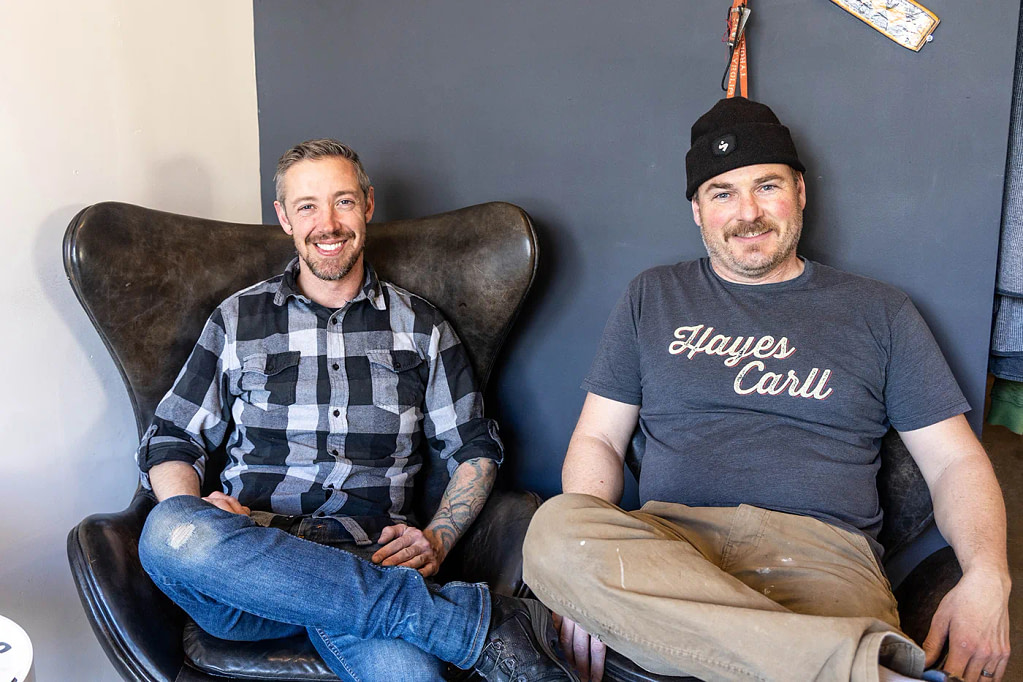 Offset and Out of Step: Offset Bier

Behind the bar at Offset Bier and above the draft is a sign reading, “SORRY NO FLIGHTS.” Below that, “NO WHINING ABOUT NO FLIGHTS!” You’d be justified in thinking this was born of beer snobbery, but Conor Brown and Patrick Bourque, Co-founders of Offset Bier in Park City, are a more earnest sort. “We don’t come from this mindset that we need to cater to every single person,” says Bourque, “but we do believe that if you walk through this door, we’ll have something for you.”

Offset has a lot to offer, from IPAs to lagers, German-style ales to sours. Their menu ranges between fun, modern hoppy beers that explore the forefront of brewing and traditional, European brews that show Offset’s brewing chops. If anything, their no-flights rule is emblematic of the duo’s passion for beer. “We don’t want someone sipping on our sour beer next to our delicately crafted Pilsner. It ruins the experience for the beer,” Bourque, who acts as head brewer, says of flights. Brown points out that they do offer seven ounce pours, which are more conducive to Offset’s beer philosophy. “The beer gets a slight chance to warm up; carbonation gets to come out of the solution a bit,” says Brown. “It evolves over that short period of time. Whereas, if you’re doing two ounces of six different beers and you’re trying them all next to each other, you just don’t get a true experience of the actual beer itself.”

“We don’t want someone sipping on our sour beer next to our delicately crafted Pilsner. It ruins the experience for the beer.”

Again, this isn’t snobbery—well, maybe a little—but Offset wears it particularity on its sleeve (thus the sign). The equipment Brown sourced for Offset was all used, and what it lacked in pristine sheen it made up for in control. “We have a full reverse osmosis water system here, so we filter all the water and start from scratch,” Brown says. “We brew with steam, which is kind of stupid for a three-and-a-half barrel system.” Breweries don’t typically use steam for an operation below 10 barrels, Bourque notes. “We put the money where we thought the quality of the beer needed it,” he says.

Offset also doesn’t let their passion throw them into the trap of gatekeeping. In fact, they’re actively working against it. “It was super important to us to be the bartenders behind our own bar,” says Bourque. “We don’t want the story of Offset, the way we talk about our beers and our philosophy lost across the bar. We want to be there to talk to our customers about who we are, what we’re up to and what we believe in as far as beer goes.”

“We’re drinking from the garden hose now, not the fire hose.”

That story is one of fascination with beer itself. Brown and Bourque met out of a shared love for home brewing, though Bourque has spent time working professionally as a brewer. Meanwhile, Brown’s background is in marketing. Brown started home brewing roughly six years ago and began to envision a brand, seeing an opportunity to tell a story and be creative through the lens of marketing and promotion. After COVID stultified Brown’s initial moves to bring Offset to fruition, he brought on Bourque in April of 2021, and the pair worked 80-hour weeks over the following summer to open their doors on Sept. 10, 2021. They’ve hired staff, and things have slowed down, but only by a bit. “We’re drinking from the garden hose now, not the fire hose,” says Brown. Together the pair make a good team, using Bourque’s brewing expertise and Brown’s knack for branding to create a space that rewards the curious drinker and impresses those looking for beer that just tastes like damn good beer.

Read more about the philosophy behind brewing:
Kevin Templin: The Lupulin Lord of Utah
An Endless Palette: Designing Beers for Every Palate