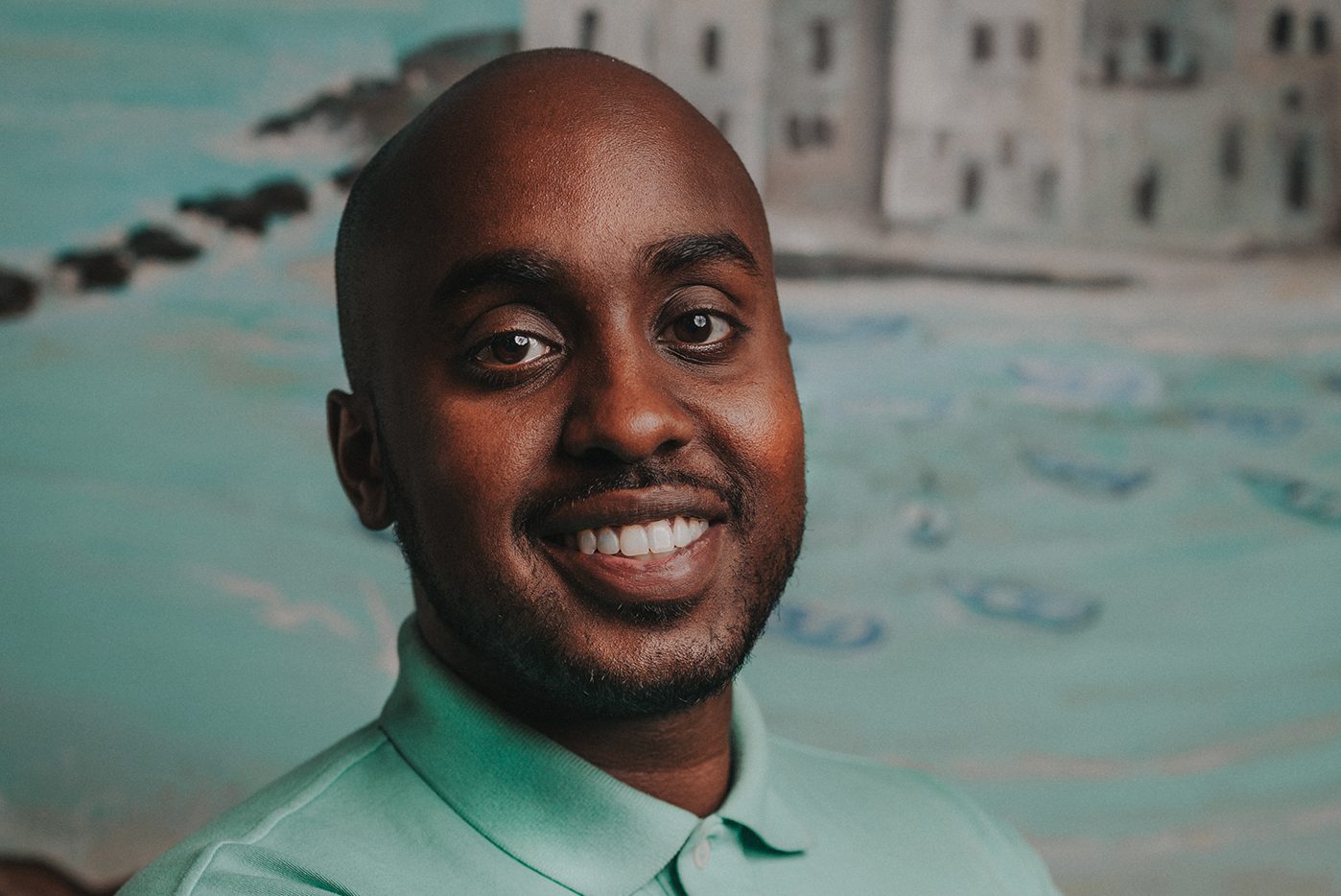 Horn of Africa: Grabbing Goat By The Horns

My first tastes of Somalian food were from Horn of Africa, a tiny restaurant in a strip mall on Salt Lake City’s Westside. As a local food reviewer knowing little about the cuisine, I jumped at the opportunity to dive deeper through this successful local operation just off California Avenue by I-215. I’d tried dishes from neighboring countries such as Ethiopia and Eritrea, yet geographical proximity doesn’t equate to culinary similarity. It’s imperative that we start improving the discourse about food cultures originating in Africa—I’ve been susceptible myself to referring to a cuisine as “African” without any further nuance, turning a continent of countless ethnicities and diverse traditions into a monolith. Here, the rich array of spices and flavors on display at Horn of Africa make for an unforgettable introduction to what Somalia has to offer the world.

Somalia and Somaliland are the seats of ancient civilizations with thousands of years of cultural exchange contributing to their ways of life. This is exhibited in their diverse food traditions, which display a cosmopolitan confluence of influences both ancient and modern found nowhere else in the world. The menu at Horn of Africa reflects this deep and complex history of the area, spanning thousands of years and incorporating flavors from all over the globe.

“The menu at Horn of Africa reflects this deep and complex history of the area.”

The restaurant’s namesake “Horn” is a peninsula that juts out eastward into the Indian Ocean from the main body of the continent, which gave the cultures and empires that lived there a unique position in the region. They were often members of a rich and commercial maritime trading economy that spanned the waters between Asia and Africa, which brought them techniques, dishes and ingredients, plus the wealth and bounty of the sea and fertile interior alike. Islam came early to the country, arriving during the seventh century, and the cuisine has been halal (meaning no pork or alcohol) ever since. Trade with India brought flatbreads, spices and pastries. Waves of European imperialism and colonization in the late 19th century ended with independence in the mid 20th century, but the pasta the Italians had brought with them remained as a beloved staple. Today, the food has transcended being a mere mixture to become truly and uniquely Somalian.

First, let’s talk about Horn of Africa’s Sambusas ($2 each). While I’ve had many versions of these savory, meat- or vegetable-filled pastries from other cuisines—especially the version from India, where they originated—this version is probably my favorite! Flaky, tender dough is folded into the classic, triangular shape and filled with ground beef and chopped vegetables, all perfectly seasoned with a complex mix of spices that impart just enough heat for you to notice it. These are addictively good and especially perfect when dipped in the accompanying, house-made hot sauce.

“Today, the country’s food has transcended being a mere mixture to become truly and uniquely Somalian.”

This sauce deserves special attention. If you check out reviews of Horn of Africa online, you’ll see numerous positive mentions of the “green sauce,” including both praise and warning. I made sure to request some with my dinner, and was pleased to find out that every dish I ordered came with it! The sauce is an innocuous-looking, pale green but packs a spicy wallop while remaining fresh and bright with wonderful pepper and onion flavor. Somalian cuisine is generally set up so one can add heat to a dish via a hot sauce, so as to customize it and not dominate the other flavors. This sauce is perfect for that, and I recommend it with any of the excellent meat dishes found below.

I had to try some pasta next, so I ordered the Spaghetti and Goat ($14). If you’ve never tried goat before, I highly recommend you let Horn of Africa show you how it’s done. This plate was a heaping portion of spaghetti noodles in a richly spiced tomato sauce, as well as a small side salad. But the real star was the goat. This much beloved meat is underappreciated in the United States, and we should get over it because it’s delicious. The preparation here is simple, without much seasoning, but the method is to cook it low and slow on the bone until it’s meltingly tender and then tossed with lightly grilled onions and bell peppers. This ends up showing off the flavor of the meat itself and its fat, instead of covering it up. I couldn’t get enough of dipping juicy chunks into the green sauce and while the portion was ample—next time, I will be ordering double.

“Somalian cuisine is generally set up so one can add heat to a dish via a hot sauce, so as to customize it and not dominate the other flavors.”

My final dish was unlike anything I’ve ever had before, Chicken Kati Kati ($12). This unique offering features wide strips of chapati flatbread, another loan from India, swimming in a mildly spiced, yellow gravy that’s like a curry, topped with fiery-red pieces of chicken with onions and bell peppers. Despite the color, the chicken isn’t spicy but flavorful, if a little dry. A squeeze of an accompanying fresh lime over the top fixes that, though. The chapati strips are the real star here, as they soak up the sauce and become almost like toothsome, chewy noodles. I kept thinking of home-style chicken noodle soup, which makes this comfort food in my book—and the large portion and the dish’s filling nature makes it a great deal. You can also order individual Chapatis ($2 each) on the side for all of your scooping and dipping needs.

Check out Horn of Africa if you are seeking to explore these savory dishes. The menu here is large and is currently going through a thorough revision according to the gentleman who rang up my order. There is far more to the cuisine than what was listed here, and I know that I’ll be returning to try other delicious staple dishes with rice and fish—and for more of that green sauce!