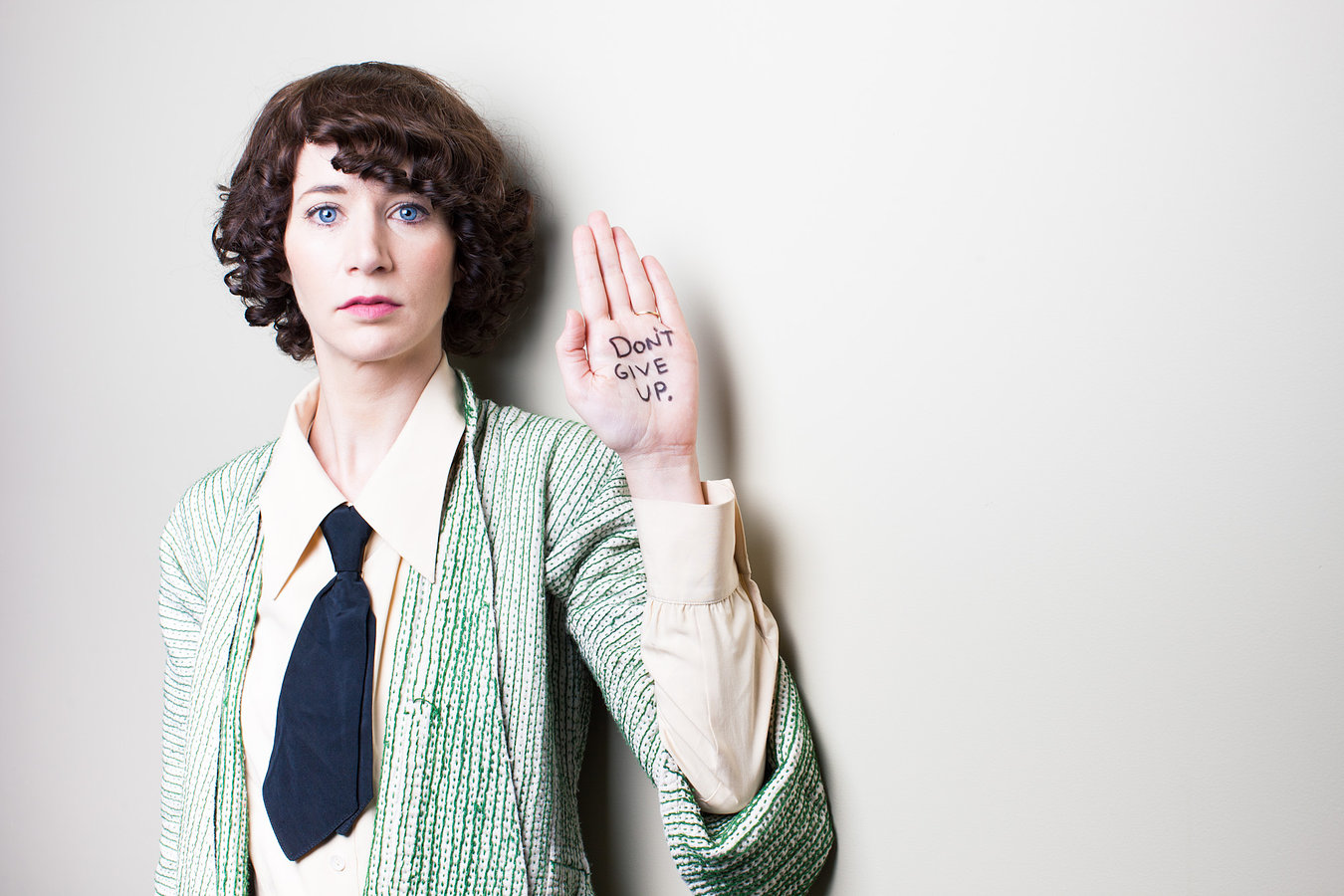 “The thing about walking, as compared to driving, is that when you’re walking, you really don’t know what’s going to happen to you: You could trip and fall, or you could get hit by a rock or a car, or a person could hit you, could yell at your ass … but while I am driving, I always know that I am going to die in a car crash, and that is so simple. It just makes me feel relaxed, like I can be myself … but seriously, I have been driving for so long now that I am armless and legless, but I am alert and I am very, very careful.” Miranda July, “How’s My Driving?” (1997)Approximately 15 years ago, Miranda July put on a play at a punk-rock club (Gilman St.) in Berkeley. “Ever since then, I have really ignored the distinctions between the art, music [and] film worlds,” she said. “I just go wherever it seems like there will be the most freedom for me to do the particular thing I want to do.”

Now 31, July is that many flavors and then some, as shown by the acclaim for her film Me, You and Everyone We Know, which has a chance to scratch, or at least sniff, the mainstream despite such subjects as faux-fecalphilia and self-immolation (spoiler alert!).

Following its premiere at Sundance where it won a jury prize for “Originality of Vision,” it then received the Golden Thumb from that fat guy from Siskel & Ebert who’s still alive, won the Camara d’Or in Cannes; won top honors at the San Francisco International Film Festival; and was selected as the Opening Night Selection at the Seattle Film Festival. Angela and I had our chance to interview Ms. July at Sundance but, like the flawed humans who populate her work, we kind of blew it. Despite being busy, she was kind enough to exchange the e-mails with me, quoted here.

When we tried to interview her initially, we had a 15-minute allotment that was frittered away trying to find the room she was in, then I’d forgotten to bring a blank mini-disc, then I accidentally set the timer on Angela’s camera when trying to take a picture. She must have thought I was an idiot. But I wasn’t so different from the divorced shoe-salesman in her film who sets his hand on fire in the process of learning how to be a dad, and he may or may not be her character’s soulmate, so, hey bumbling around isn’t so bad. It’s sort of endearing, right?

Speaking of the shoe salesman, he’s the only recognizable figure in MY&EWK’s cast, and only because he starred as “The Jew” who helps the whore with her figures in HBO’S Deadwood. I asked July if she’d consciously set out to use actors who seemed like ordinary people.

Her fans followed her from small music clubs to multimedia museum installations. Will they follow her to the movie theatre, and has the medium of film modified her message?

“Yes, I believe they’ll come to the movie theaters, and they’ll be as excited as I am!” says July. “Because I had Final Cut, I didn’t have to modify my message in any way, I had a bigger territory to work with, more help, and though it is a tiny budget by movie standards, more money than ever before. It was really a dream to be able to have all of these resources.”

Young actors discuss adult themes in the film. Has she received any flak for this?

“They aren’t discussing ‘adult themes,'” says Miranda. “They are discussing sex and longing and intimacy, which are important themes for all humans of all ages. I haven’t received any flak from this except on a Christian Right website from some guy who hadn’t seen the movie.”

Characters in the film have very ordinary occupations, such as shoe salesman or cab driver for the elderly, yet lead extraordinary internal lives. When was the last time that she had a day job?

“When I was 23 I was a car-door unlocker for a company called Pop-A-Lock,” Miranda says.

How does her work interact with her autobiography?

“My work is my autobiography,” she says. In fact, at the Q&A following a screening at Sundance, she stated, “That’s just what it feels like out there for me.”

When can one expect another CD?

“It will probably be a compilation of recordings I’ve done over the last three years for the radio and for museums,” she says. “The soundtrack to the movie will also be released [Street: 07.12] and it will have some extra things on it that don’t come directly from the film.”

Has she mellowed with age or is the mainstream just getting weirder?

“I feel as though my work is weirder now than it was in my twenties,” says Miranda. “There is much more ambiguity and nuance in the characters, so it is that much more revealing and personal, but it is also less blatantly angry; maybe that is what you are noticing. I’m probably less angry than I used to be, because I am in less pain. I have more of the things I need to feel OK.”

Does she view the arts establishment as an estranged, protocol-following society dame who is intrigued by the idea of passing the same piece of poop back-and-forth, from her asshole to another, forever?

“If you really love me, then let’s make a vow, right here, together, right now. Repeat after me: I’m gonna be free, and I’m gonna be brave, I’m gonna live each day as if it were my last, fantastically, courageously, with grace, and in the dark of the night … when I call a name, it’ll be your name. Let’s go everywhere, even though we’re scared, because it’s life, and it’s happening, it’s really happening, right now.”
Miranda July, Me and You and Everyone We Know, 2005

Me and You and Everyone We Know was screened July 22 – Aug. 4 at the Broadway.