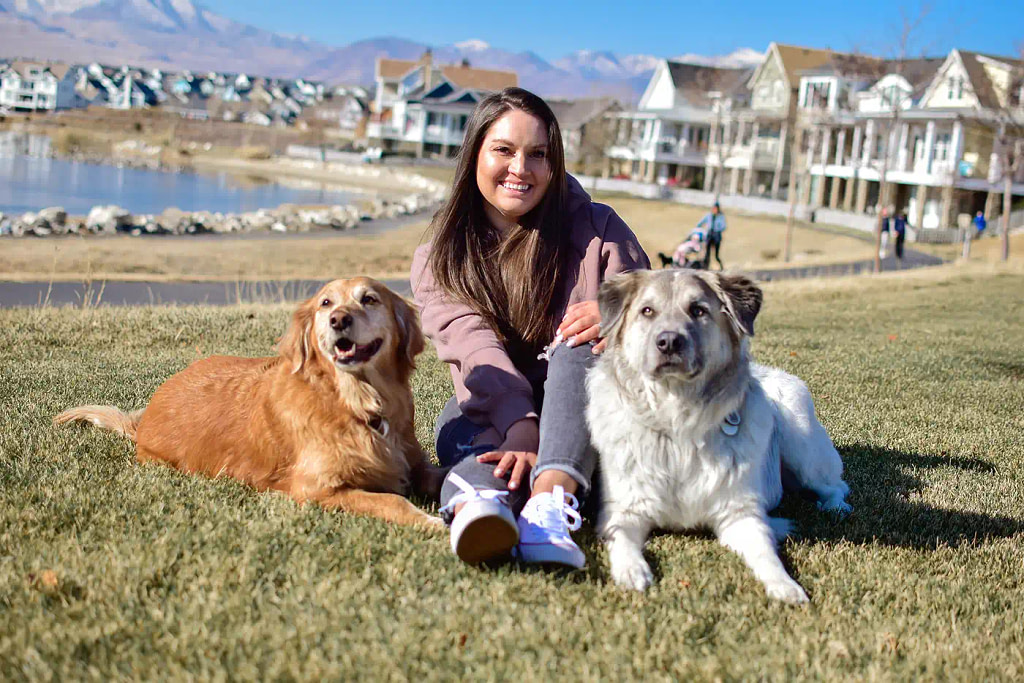 Taylor Munson of Proper Paws Dog Training believes that a fundamental part of dog ownership is building trust and respect through the process of training your dog. Occasionally, dog training is overlooked and deemed unnecessary, or owners may even think that their dog’s behavior can’t be corrected. Munson believes training should always be considered, regardless of the dog’s age or behavioral severity, as the practice of correcting these behaviors creates unity and confidence between pets and their owners.

Starting at eight years old, Munson began training dogs as part of her local 4-H group, which progressed to her competing in the American Kennel Club (AKC) when she was only 11. After a decade competing at AKC, Munson then moved to Georgia where she continued to train dogs as part of Adopt a Golden Atlanta, one of the largest golden retriever rescue programs in the Southeast. Her focus at the rescue was to train goldens from the U.S. and Istanbul that had behavioral issues which prevented them from being adopted. Munson’s background and specialized knowledge in correcting more reactive or aggressive behaviors led to her starting Proper Paws in 2017 to help lower the return rates of these dogs being sent back to shelters.

“I believe you build a different level of bond and respect between you and your dog through training that you can’t build any other way.”

Proper Paws’ primary objective is to “empower owners while unleashing their dog’s potential,” says Munson. “I believe you build a different level of bond and respect between you and your dog through training that you can’t build any other way.” Munson’s mantra surrounding dog training is the reason why she believes owners need to be present and involved in the training process rather than sending dogs to a board-and-train environment where owners aren’t able to witness and understand why their dog may react to a stimulus a certain way and how to correct it themselves. With hands-on training, there are opportunities to implement corrective teaching and reinforcement strategies with both the dog and the owner. Munson says, “By teaching the owner, I can help them understand what is driving the behaviors they want to avoid and build their confidence in handling their dogs.”

Munson also believes in correcting behaviors where they begin—inside the home. “Starting inside the home is essential to be able to control distractions, set dogs up for success and address any behavioral issues at the source,” she says. Munson most commonly helps to correct dogs who may need training with basic obedience, fear-based behaviors and reactivity. Her services include in-home, one-on-one sessions around Salt Lake County and parts of Utah County, virtual coaching sessions across the U.S., seasonal group puppy programs and facilitating tests for AKC titles/certifications. Munson also offers options to work at more challenging locations, such as parks, dog-friendly stores or other public settings for owners who want to work on distraction training.

“Often I hear phrases like, ‘My dog is too old’ or ‘It’s too late for us,’ and I will never stop disagreeing. It is never too late to start your dog’s training!”

During the first training session, Munson evaluates the dog and any concerns and challenges the owner presents. From there, she offers a custom training plan based on the dog’s needs and owner’s goals. Munson has worked with a great number of clients and has seen especially notable improvements in dogs with issues such as biting and resource guarding, severe, fear-based behaviors including the fear of loud noise, strangers and acute dog reactivity. She says, “Your dog’s training starts the moment they come home. This is when you start to set boundaries and [dogs] begin to learn [the owner’s] expectations.” Regarding those with reservations about their older pets, Munson continues, “Often I hear phrases like, ‘My dog is too old’ or ‘It’s too late for us,’ and I will never stop disagreeing. It is never too late to start your dog’s training!”

If you’ve recently adopted a new pup or are looking to strengthen your confidence and trust between you and your dog, check out Proper Paws at proper-paws.com and their Instagram @properpawsslc.