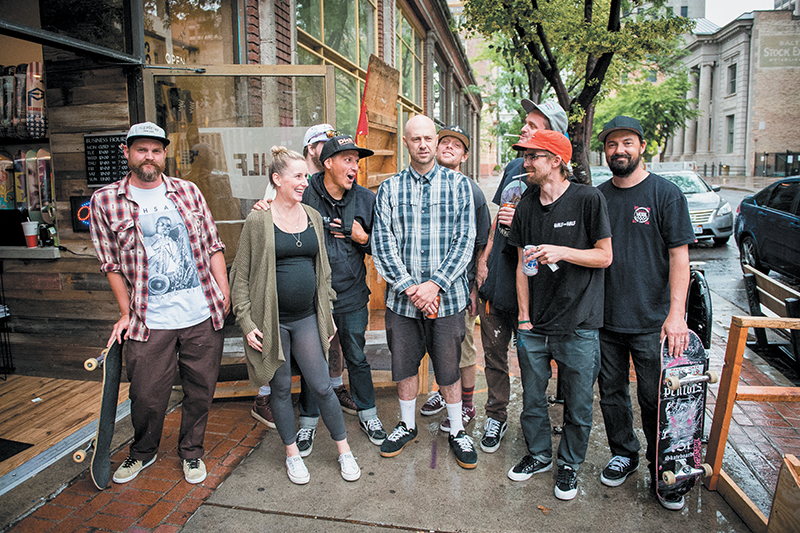 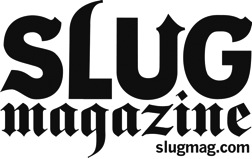 SLUG, an acronym for SaltLakeUnderGround, delivers an honest journalism alternative to mainstream coverage of music, art, lifestyle and events—distributing 30,000 issues monthly and digital content each week through SLUGMag.com. SLUG is a regional, free publication based in Salt Lake City and remains one of the oldest independent zines in the nation. SLUG adds value to lifestyle through our community engagement. SLUG Magazine is an affordable way for local and national businesses to advertise and market themselves to the 18 to 45 demographic.

I’ve always hated comparing skateboarding to sports. I don’t relate well to the current X Games or Street League Skateboarding generation of rippers who, in my opinion, are basically turning skateboarding into figure skating. That 360 flip, perfectly executed with boring style off of a perfectly manufactured concrete bump, is just the new triple axel, minus the tutu. I come from the days of the early ’90s, when skateboarding was mostly considered petty vandalism and there was no such thing as a skate park. Our wheels were small, our pants were big, and, if you had a man bun, you’d better be a goddamn samurai.

But just like any other sport one partakes in, there may come a point when your physical abilities just aren’t what they used to be, and you may become washed up, like me. As the old saying goes: Father time is undefeated. I went to SLUG’s 17th Annual Summer of Death Skate Contest Presented by Half and Half Skate Shop and Monster Energy to interview some of my older skate brethren to get their takes on being washed-up skaters. I thought about doing a “Where are they now?”–type piece, but thanks to Facebook, I don’t have to. I just assume that all the skaters I ripped with back in the day who aren’t on social media are dead.

Fittingly, I conducted the interview in the rain with the judges from the SOD contest, which may be the first sign, however flattering, that you are washed up: You get asked to judge a contest. I came up with just a small handful of questions for each of the judges to answer. I’ll try to decipher the answers as best as possible, but interviewing a handful of skaters all at once is like trying to herd cats. We may be getting older, but our ADD remains intact. Nonetheless, a fun and beautiful conversation transpired, and I did walk away with new insight into my own washed-upedness.

I asked Jared Smith when he first realized that he was washed up. Jared said it was when he was 7, and that he’s never had it—a humble answer and an easy dodge around the question. I asked Rob Packer the same thing, but if you know Rob, you know that this guy could either be 16 or 66 years old, so it’s impossible to tell—he may have washed up in the ’70s. The only way to tell would be through carbon dating. Ben Dickerson and Caleb Orton made it clear that they still skate all the time, so they didn’t really know how to answer the question. On the other hand, Ashley Bloxham says, “I haven’t washed up. I was skating up until about four months pregnant, until I started taking too much heat for that.” She’s temporarily on pause at eight-months pregnant.

The other question I wanted to ask the crew is what trick they used to have and now don’t, but wish they did. The answer was pretty surprising to me and sparked a very interesting debate. Jared didn’t hesitate to let me know that it’s the kickflip, no doubt about it, which seemed strange to me, seeing how it’s such a fundamental and seemingly simple maneuver for any longtime skater.

Ben challenged this idea a little bit, saying that he could probably stick 10 kickflips in a row, but maybe one 360 flip out of 20 tries. But Jared’s point was that kickflips expire, just like the milk in my fridge, and get harder as time goes on. Caleb agreed 100 percent with Jared, letting me know that he won’t kickflip down shit these days. I was starting to come around to this theory, but wanted to test out Jared’s hypothesis, so I told him to ask Sean “Dirty” Hadley, who wasn’t part of the interview—but could have been—to do a kickflip on the spot.

Dirty was casually pushing around on his board in the shop when Jared yells, “Hey Dirty! Do a kickflip!” To which Dirty quickly shouted back, “I can’t!” This quickly proved Jared’s statement: The kickflip is the hardest trick in skateboarding, at least with regard to how long you’ve skated for. We debated this for a good 20 minutes. Rob chimed in and let us know that he used to be able to do switch heelflip body varials.

I then offered all the guys I was interviewing an old-man “Get off my lawn!” moment. These comments mostly had to do with the skate parks, which is where you are most likely to run into the young guns. Jared once got told to get off a ledge because he’s too old. Ben said that he never really gets fucked with at the park, but in all fairness, he looks a good 20 years younger than he actually is—he must eat a lot of preservatives. We could all agree that Razor scooters just need to fucking go away, and that nothing can fuck up a good skate park sesh like a little dickhead on a pointless two-wheeled vehicle of destruction.