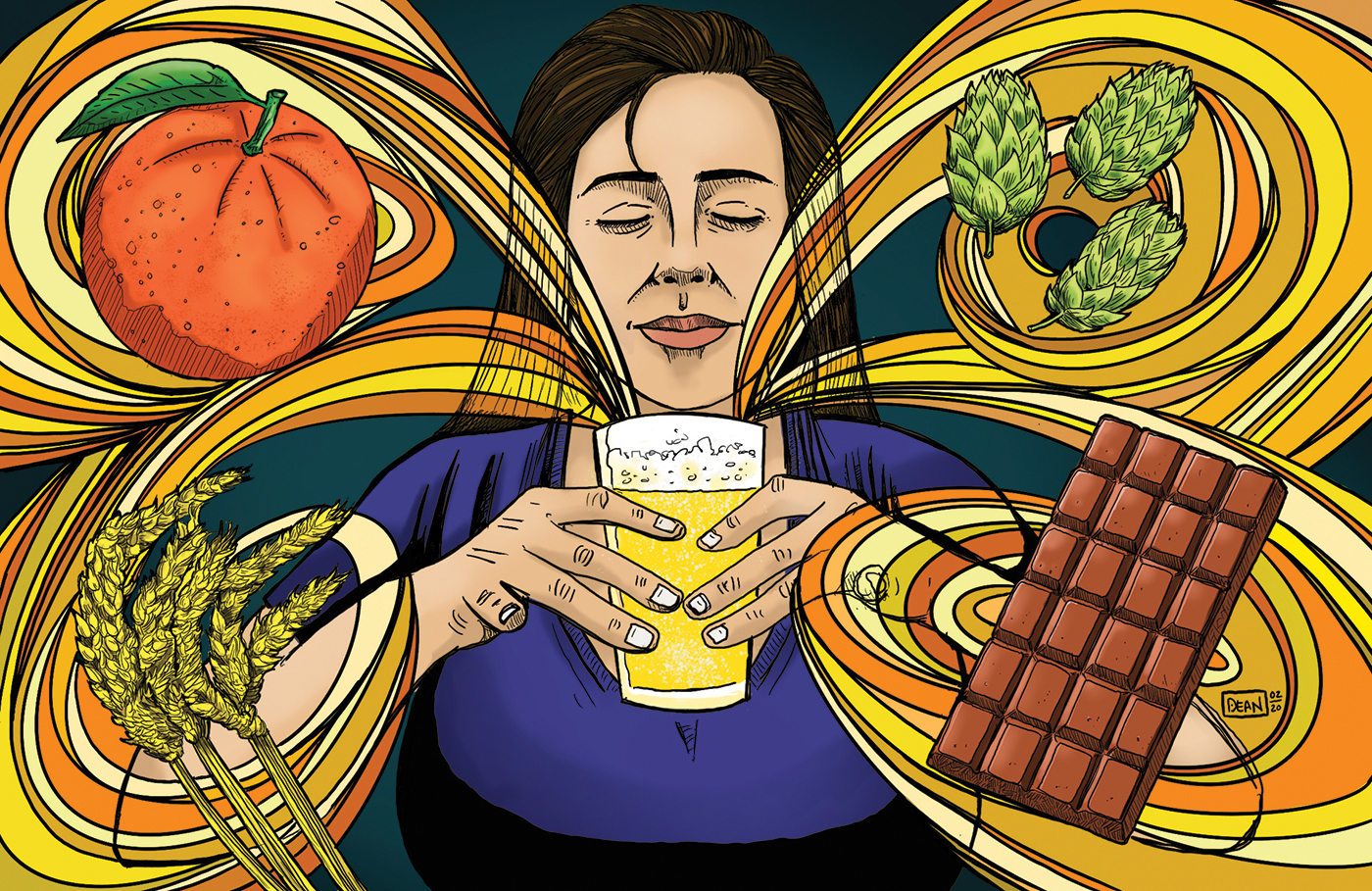 You know that annoying beer-nerd friend everyone has? They swish some craft brew around in their mouth and bloviate about the subtle notes of açai berry or papaya some super-hip brewer coaxed out of the latest experimental hop—or revel in obscure sour ales that take the enamel off your teeth and taste like paint thinner to your more “novice” palate. Attending a beer festival with one of these characters can be enough to make you quit drinking altogether—or worse, default to Bud Light just to see their horrified face.

I know this because I am that friend. I’ve worn that horrified look and swished beer around in my mouth with the best of ’em. But after attending many beer festivals for over a decade, I’ve learned the error of my ways and now plan to use my beer-nerd powers for good. Consider this your guide to out-nerding your friend when indulging in the flavor smorgasbord at an event like SLUG Mag’s upcoming Brewstillery, tentatively on June 20. Here’s how to taste beer, common groups of flavors to look for and how to do it all with smug arrogance.

“Lengthy, exhausting tomes could be written on beer flavor.”

Brewstillery often showcases over 20 breweries and over 100 different beers, so it may seem overwhelming. Luckily, you don’t have to drink a full stein of everything just to keep up! Events mostly offer small, 1–4-ounce pours, providing attendees the chance to taste around five samples to every pint of beer you’d normally drink. Start slowly and determine how many you can have over the course of your whole afternoon or evening, pacing yourself accordingly. This isn’t a race, and if you want to show up your friend, it’s best to avoid palate fatigue, which occurs when your tongue becomes overwhelmed after hours of tasting complex, flavorful beverages.

There’s a right way to do tasting so that your friend knows you’re fully appreciating every ounce. Immediately after receiving your sample, stick your nose as deep in the glass as your face allows. Inhale loudly—exaggerate it, if you feel comfortable. Beer is carbonated, and when freshly poured, those popping, snapping bubbles will carry the aroma to your nose. Then, lift your glass up to the light: Admire the color and head formation. This prelude to tasting will show your experience and nerd pedigree.

“It’s best to avoid palate fatigue, which occurs when your tongue becomes overwhelmed after hours of tasting complex, flavorful beverages.”

Finally, sip the beer. Let it coat your mouth. Swallow, then breathe out. You’ll get much of the strongest flavors here. Feel free to try to articulate some of them now, and don’t stress it! There are no right or wrong answers. Humans and their tongues are all different, so beers are going to taste different; the nature of taste is totally subjective and is closely tied to memory and experience.

On the second sip, let the beer sit in your mouth slightly longer, breathing in a little before swallowing. Then begin spouting every flavor word that comes to mind, no matter how bizarre or obscure. Beer nerds pride themselves on claiming baffling and opaque tasting notes—have fun with it! An air of confidence is key to pulling this illusion off, so be forceful and assertive with your observations. If your nerd friend doesn’t find the same flavor, insinuate that the flavor is subtle and that their sense of taste maybe isn’t fine enough to discern it.

“… Your ability to wipe the smug look off a beer nerd’s face is going to depend on being creative.”

In case you’re not totally sure about your improv skills, let’s talk about some actual flavors you may find in the beers you try at Brewstillery and how to pick beers you’ll enjoy. Lengthy, exhausting tomes could be written on beer flavor. Instead, let’s work from what you already know you like. Do you love coffee or an 80%-cacao chocolate bar? Like your toast a little on the burnt side? Tastes present in these are similar to those found in dark-beer styles such as porters, stouts and brown ales. Use words like soot, char, French roast, mocha, toffee and vanilla to describe these strong flavors and wow your friend.

Perhaps the most popular families of flavors in craft beer today are fruity ones. These can include citrus, like oranges or grapefruit; tropical, like mango or guava; stonefruit, like peach and apricot; or even berries, like blueberry and raspberry. These flavors can be found in a wide range of beers, from those that have actual fruit in them to IPAs and pale ales that derive such flavors from hops. Hazy, juicy or New England–style IPAs are specifically focused on these flavors. Just pick your favorite fruit salad, tiki cocktail or popsicle color and describe away! Your favorite brands of candy from childhood can be excellent descriptors here, so don’t be too shy to say that it tastes like Skittles or SweetTarts.

“There’s a right way to do tasting so that your friend knows you’re fully appreciating every ounce.”

Those are brief explanations of some common beer flavors and are by no means exhaustive, but the point is to try to find analogs in your other tasting experiences. If a beer is sour, compare it to kombucha, yogurt or salad dressing. If it’s bitter, does it remind you of tea, Christmas trees or aromatic herbs? Does that crisp lager taste more like movie popcorn or saltine crackers? There are too many of these to list, so your ability to wipe the smug look off a beer nerd’s face is going to depend on being creative. Just remember to do so with an unearned sense of faith and conviction, and you’ll be ready for events like SLUG Mag’s Brewstillery on Saturday, June 20, at the Utah State Fairpark in the Grand Building (pending social-distancing). And if you’re paying too much attention to what I’ve been saying, I may have tricked you into becoming a beer nerd yourself.