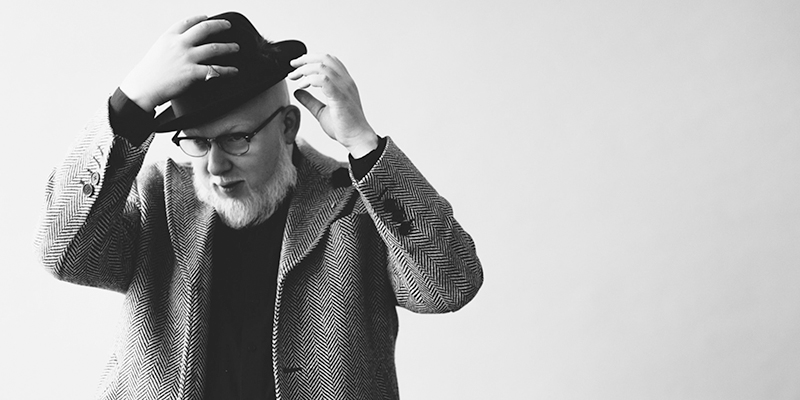 I have seen plenty of rap dignitaries perform at Metro Music Hall: Marco Polo, Pharoahe Monch, Rass Kass, The Artifacts, Royce Da 5’9, Talib Kweli—the list is expansive. Thursday, I was able to add Marlon Craft, Evidence, and Brother Ali to that list. Craft was up first and if you haven’t heard his Sway in the Morning “5 Fingers of Death” freestyle, you should start there. Bars. He released his first studio recording, Funhouse Mirror, last June and has also recently put in work with Masta Ace, Dizzy Wright and Bodega Bamz. Next up was Mr. “Sharp & Precise,” better known as Evidence from the Dilated Peoples. He performed some of his classic verses, spit over some well-known instrumentals of years past and performed a few recent cuts, such as “Throw it All Away” from his last album Weather or Not. His distinctive vocal tone, wit and style (California graffiti head for sure) was most noticeable. While I feel the younger patrons and Los Angeles transplants were in the venue for the undercard, the lion’s share of the crowd was definitely there to see none other than Brother Ali.

Born Jason Douglas Newman in 1977, the Rhymesayers lead man is from Minnesota by way of Wisconsin. It is said that Ali credits his interest in the Muslim faith to a chance meeting with KRS-One when he was thirteen. That, along with dealing with albinism gives him a unique perspective with which to color his views on rap music and society. From social justice to interpersonal relationships to the status of hip-hop to national values, Ali’s opinions weigh heavy in circles that matter to the culture.

“[Brother Ali]’s literally giving a piece of himself to his fans every time he opens his mouth, which adds novelty and rarity (maybe scarcity) to his movement.”

Last Thursday night, Ali posted up in front of the album art for his new project, Secrets & Escapes, which features fellow rhyme slayers Talib Kweli, Pharoahe Monch and tour mate Evidence, of course. Ali and Ev combine on a track called “Red,” a sharp, slow selection that is insightful and indicative of what most rappers struggle with while creating art for themselves and others. Ali’s personal struggles in his career are well documented. On his 2018 single “Sensitive,” he admits that his voice has felt the impact of years and years of giving his all to the fans. He said his performance was a “daytime decision” as any type of cold or lung ailment puts him on the sidelines. Regardless, he managed to get through a scratchy set without losing the audience to patio smoke sessions, merch table haggling or grabbing drinks at the bar. It is almost like his fans know that the better part of two decades of yelling into a microphone has left Ali with little room to speak with. He’s literally giving a piece of himself to his fans every time he opens his mouth, which adds novelty and rarity (maybe scarcity) to his movement—it is both endearing and sad. The situation reminds me of when The D.O.C. came back from damaging his larynx in a car accident. We want to hear the lyrics, but we can’t help but notice that the sound has changed. Without question, Brother Ali’s voice is one of the best in the rap game, right up there with Chuck D, Scarface and Rick Ross. If he takes a day off for “load management” like an NBA player, I forgive him and you should too.

“From social justice to interpersonal relationships to the status of hip-hop to national values, Ali’s opinions weigh heavy in circles that matter to the culture.”

While the crowd didn’t exactly look like a normal hip-hop crowd, the energy was on point and the usual suspects were around—DJ Juggy, BriskOne, Fuckwitmecommittee, Zac Ivie, Sam Eye Am, Hemis, Dine Krew and others all represented. Utah’s hip-hop scene was outnumbered by snowboarders, dive bar dwellers, couples on date night, middle-aged shop owners in sport coats and Rastafarians. While it might have been strange for some, it worked out well and goes to show the wide-ranging appeal that rap music, specifically boom bap, has at its very best—even in a town that is decidedly alternative in music tastes.

It was a dope show—all of the acts showed out and the crowd was receptive to their beats, rhymes and lives. The only complaint I had was that the sound drowned out Ev and Ali’s vocals a bit. Okay, A LOT. Vocalists whose voices are on the softer side and who express intricate ideas need a little more airspace to be heard, especially in Ali’s case, because of his condition and also because we don’t know how long his voice will be here with us. Please, continue to enjoy his art and show him love while our brother is still able to utilize his one-of-a-kind heart. –Keith L. McDonald