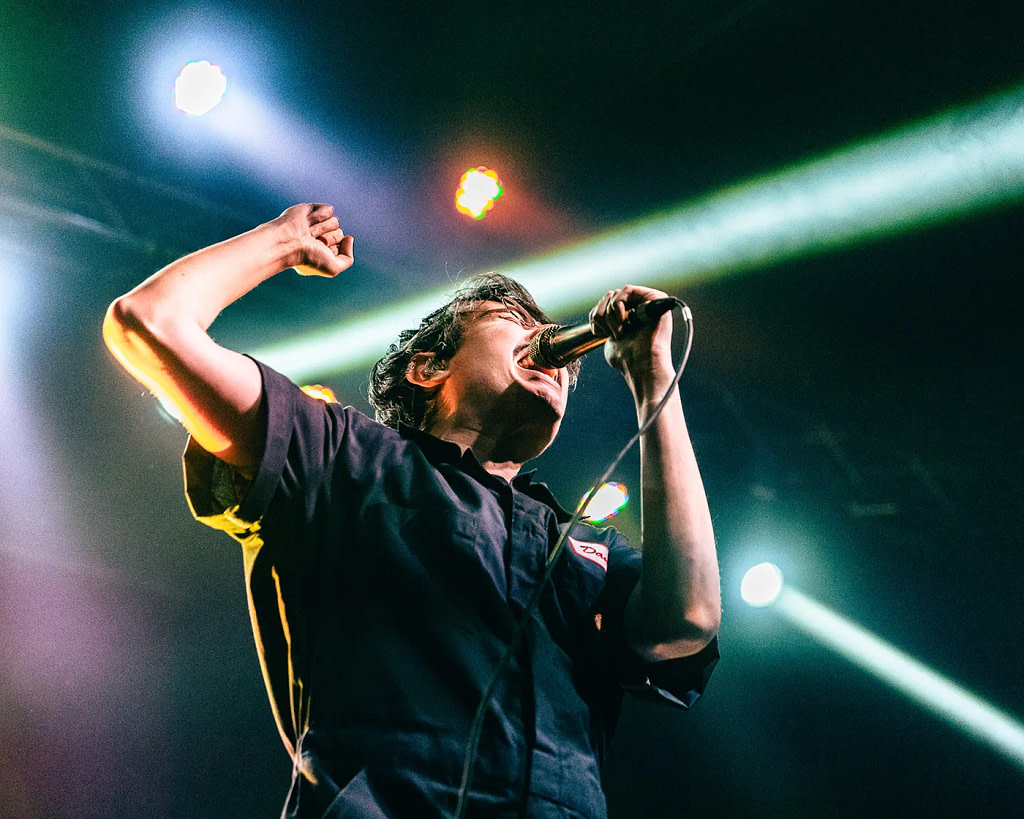 It was still cold and dark as the doors at The Complex opened for Thursday night’s show with Joywave. Things were about to heat up, and a wide range of fans piled into The Grand venue for openers Almost Monday.

The San Diego-based pop trio took the stage. With vocalist Dawson Daugherty, guitarist Cole Clisby and bassist Luke Fabry coming up the stairs and to the front, the music started in the dark. Almost Monday’s pop sound and energy hit an early high and kept it going with plenty of faster-paced tracks, such as “Cool Enough”; the crowd was loving it. Keeping things lively and silly in the best way, all members gave solid performances, and Daugherty took every opportunity to make a face and peek at the audience over his shades and shag-top locks.

After a small set change and obligatory wait time for some prep, bathroom runs and a drink break, the stage was complete, now reminiscent of a drive-through car wash complete with signage and the ass-half of a corvette sticking out on stage. Joywave took over driving the mood to an ever-so-slightly rock influenced vibe, keeping hands waving and legs jumping. Joywave were having fun, and the audience could tell. The band’s bevy of up-tempo, fun and catchy tunes kept things going the entire show. Joywave’s performance gave the weekday crowd a show worth wading through Salt Lake’s dreary Thursday evening.