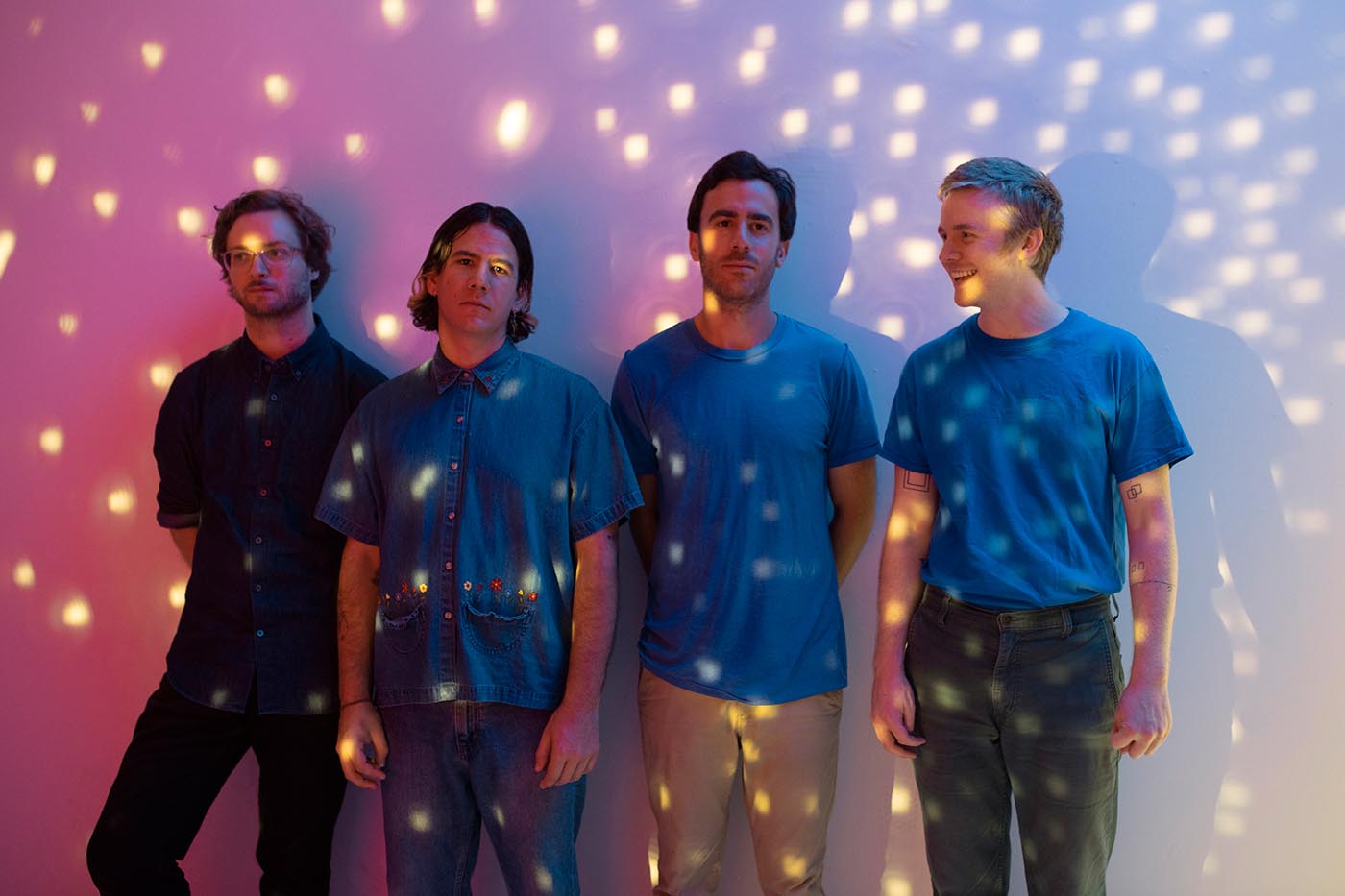 The day outside is gloomy and beautiful, the perfect melancholy weather for a band like Pinegrove. “Do you think this weather follows them around wherever they go?” asks one friend as he and I pile into an eight-passenger van with six close friends. We make the 40-minute drive from Ogden to Salt Lake City while passing a couple of road beers around the van like an aux cord. As we arrive at The Complex, we muster up another half a dozen friends and suddenly it feels like everyone and their dawg is out.

Calm and cool, Whitney Ballen takes the stage first. She captivates the audience with her delicately small and beautiful voice that cuts through rousing swells and giant guitar tones like an echo. She is honest and deeply rooted in the music that tangles and surrounds the audience. During her set, bodies are still, listening intently as, song after song, she takes the crowd’s breath away. The talented, young artist from Seattle, stands in the spotlight for eight nights on this tour and has a promising journey ahead of her.

After Ballens’ set, a poorly timed trip to the venue’s bar leads to a shotgun circle of half-full PBR tall boys. Rushing down the “L-shaped” hallway, we slip into the sea of people before the first chord strikes and Pinegrove dives into “Old Friends.” The room erupts as the crowd bursts into song, singing at the top of their lungs. Strangers turn to one another, friends pull each other close and everyone sings the lyrics, “I should call my parents when I think of them / I should tell my friends when I love them.” The song ends and frontman Evan Stephen Hall says, “Okay, we’re gonna play 21 more!” His words make the fans ecstatic, and the band glides right into “Rings” and “Intrepid,” two songs off of 2018’s Skylight. Both are songs I could put on repeat and listen to for hours on end.

The room erupts as the crowd bursts into song, singing at the top of their lungs.

The band flows through a number of songs from their new album, Marigold. By the end of the night, they’ll have played it in its entirety (except for the instrumental title track). Before playing “Moment,” one of Marigold’s singles, Hall shares that the second verse was inspired by an encounter the band had somewhere in Utah, when they were forced to swerve off of the road to avoid hitting a deer. Hall is articulate when he speaks to the crowd, a characteristic that is equally noticeable in his literary and conversational lyrics.

Two red squares overlap on the dark blue backdrop hanging behind Pinegrove as they play. Only a few extra lines would be needed to make the geometric shape take form, but it doesn't connect this way. The image takes full form with the shifting dynamics that Pinegrove creates as they perform below the backdrop. Filling space with swaying rhythms and alt-country soundscapes that can sink a man falling into a daydream. You can breathe in this space, and performing here gives Pinegrove an extremely tight, live sound. One of the tightest I’ve ever seen live. “Darkness” comes before “Skylight,” and then they play “New Friends” for the first time on this tour.

At the end of their set, without stepping foot offstage, Hall says, “This is our encore,” and Pinegrove close the night out with “Endless,” another song from Marigold, and “Visiting” from 2016’s Cardinal. Hall kept true to his word—the band played 22 songs. Although, it doesn’t feel like it, probably on account of a majority of Pinegroves’ songs running under two-and-a-half minutes long. If it were up to me, I would’ve had them throw in another five songs … or ten.

[Pinegrove's] success is organic, and I can’t help but to think it’s due to the genuine nature of the band.

Standing in line at the merch table after the show, I buy the same sweater that two of my friends have already gotten for themselves. I strike up a conversation with another concertgoer who tells me, “This is the first band in years that I heard one of their songs and I was obsessed right away! I immediately binged everything they had.” I think about how far Pinegrove has come since the first time I saw them perform at The Loading Dock near the tail end of 2016. They played to a half-room of maybe twenty people (close to the number of my friends at the show this time around). Their second SLC performance was a sold-out Kilby Court show in 2018, which was pretty cool. Now, they’ve filled The Grand at The Complex, a room that can hold 800+ fans. What I like about this is that Pinegrove isn’t a band that is constantly thrown in your face all over social media or on the radio. People are finding this band on their own and developing a real connection with it—when you know you know. Their success is organic, and I can’t help but to think it’s due to the genuine nature of the band.

I step outside where my friends are waiting for me. The gloomy day has turned into a clear night sky. It’s warm for a mid-February night, and it feels great. I pile into the eight-passenger van, this time squeezing eight of my closest friends in. We make the 40-minute drive back from Salt Lake City to Ogden, stopping for some road beers along the way. We can’t help but celebrate all of us being there together. After all, we had been looking forward to this day for months. –Paul Micheal Zuniga!