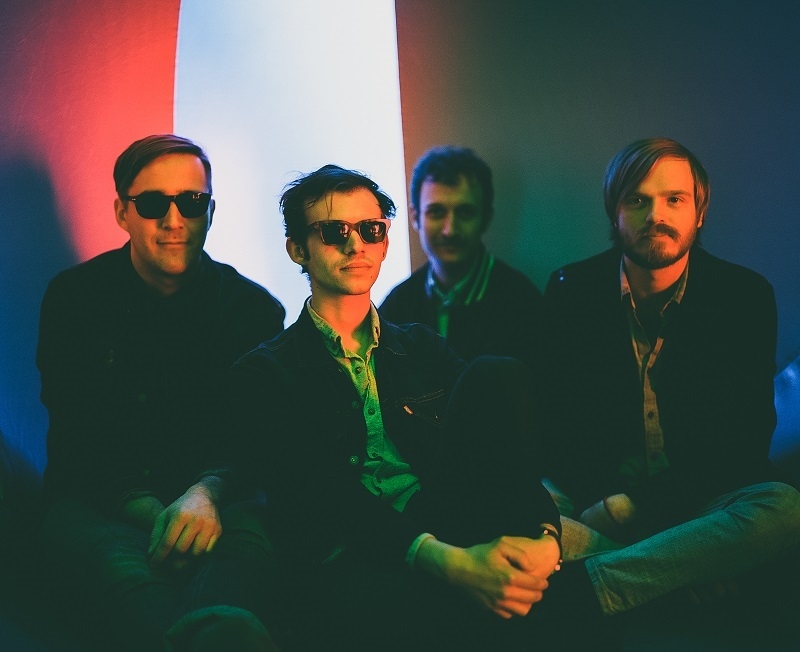 Venturing into a night characterized by the allure of downtown’s illuminating lights, I glide past the sprinkling of hip, art types who are coming out of the shadows for gallery stroll. My journey takes a sharp turn up the most-visited alleyway in Salt Lake City. I am here tonight, for my soul has been starved too long for the sound and atmosphere of live music. Unsurprisingly, this means I am back at Diabolical Records, leaning against a shelf full of vinyl, waiting with anticipation for the wall of sound that floods the room after the PA is switched on. Though this action produces more of a reverberation than a melodic sound, it is enough to start the induction into a rock n’ roll infused psychosis. This is the start of what could be good, bad or ugly.

As the lights dim, there is a sort of calm-before-the-storm feeling in the air. This calm is temporary, as tonight’s opening act Spacegazerr lets loose with their spacey, poppy, swampy, garage explosion. In the beginning, the vocals seem somewhat mellow or lost behind the other instruments, but this is quickly rectified and does not dampen the performance. It becomes clear during the course of the act that these guys are a solid and exciting. This is something that is clearly reflected in the appraisal of the spectators lining the crowded room, as each song concludes to the echoes of applause. Their last song, “Avenues”—apparently written about the Avenues—concludes their show on an upbeat note. I find it remarkable that this is their first gig together as a group. So dig it, as seeing them is totally worth braving the cold.

There is a certain feeling of eagerness in the air as Hard Girls take position in front of the growing spectators. After amusing their audience with banter, they blast off into heavy pop punk, coupled with distorted, whining, vocal explosions. Lacking anything that remotely comes across as a calm performance—demonstrated by the breaking of a drum stick due to sheer ferocity—this high-energy blast even manages to knock a sign off the ceiling of the record store. Luckily, nobody comes to harm from the nose-diving debris.

Well-appreciated, these guys come across as somewhat adorable, as near to the end of their set, Hard Girl’s drummer looks up after a number and asks “Anybody know how much longer?” Going through a few more songs it is clear these guys are easy to follow due to the catchiness of their pop punk tunes. Thus, they manage to get the occupants of the room to start moving about. Even their slower numbers seem to be able to guide one to sort of groove along to the pronounced beat that slowly builds into something heavier.

After giving a shout-out to the preceding acts, Shivery Shakes rides on the energy left by Hard Girls, launching into their groovy, pop-infused, garage rock performance. Reminding me a bit of something that one can find in a lounge-like atmosphere, they are catchy, providing slightly addictive-to-the-ear tunes. One can easily get lost on the sound waves provided in numbers like “Recurring Dreams,” and because of this, they are quick to captivate the attention of those present.

Blasting through the cover of Del Shannon’s “Runaway,” those who know the lyrics, and yours truly, sing along. Shivery Shakes continues on with their uptempo rock ‘n roll that provides a poppy groove to twist to. Though, that’s the nature of pop rock—it’s easy to digest. However, these guys manage to traverse this musical range, taking advantage of the full spectrum, making theirs an impressive act—not to mention fun to listen to. Their last two numbers build off of each other and could inspire more than just moving about a bit. Though that does not happen, Shivery Shakes’ conclusion stirs a warm send off.

Closing out the night are Salt Lake’s own Clash-like pop punk darlings, Problem Daughter. Playing to a noticeably bigger crowd, they blast off with an explosive intensity that vibrates through a charismatic appearance that few can provide. Definitely reminiscent of ’70s-era punks via an edgy and passionate act that is coupled with ’90s Green Day-like punk. Though they suffer some minor technical difficulties, it does not necessarily disrupt their performance; it does, however, take a second to get back into the swing of things. When they do, they are solid.

Problem Daughter’s conclusion leaves a certain humming in in my ears and inspires a need for something that comes in a pint-shaped glass. Not to mention a want for some more music. My thirst for live acts is satisfied for the moment, but one can never have too much of the good stuff. Spinning some records might temporally alleviate the gap between gigs, but god, I could go for another like tonight.