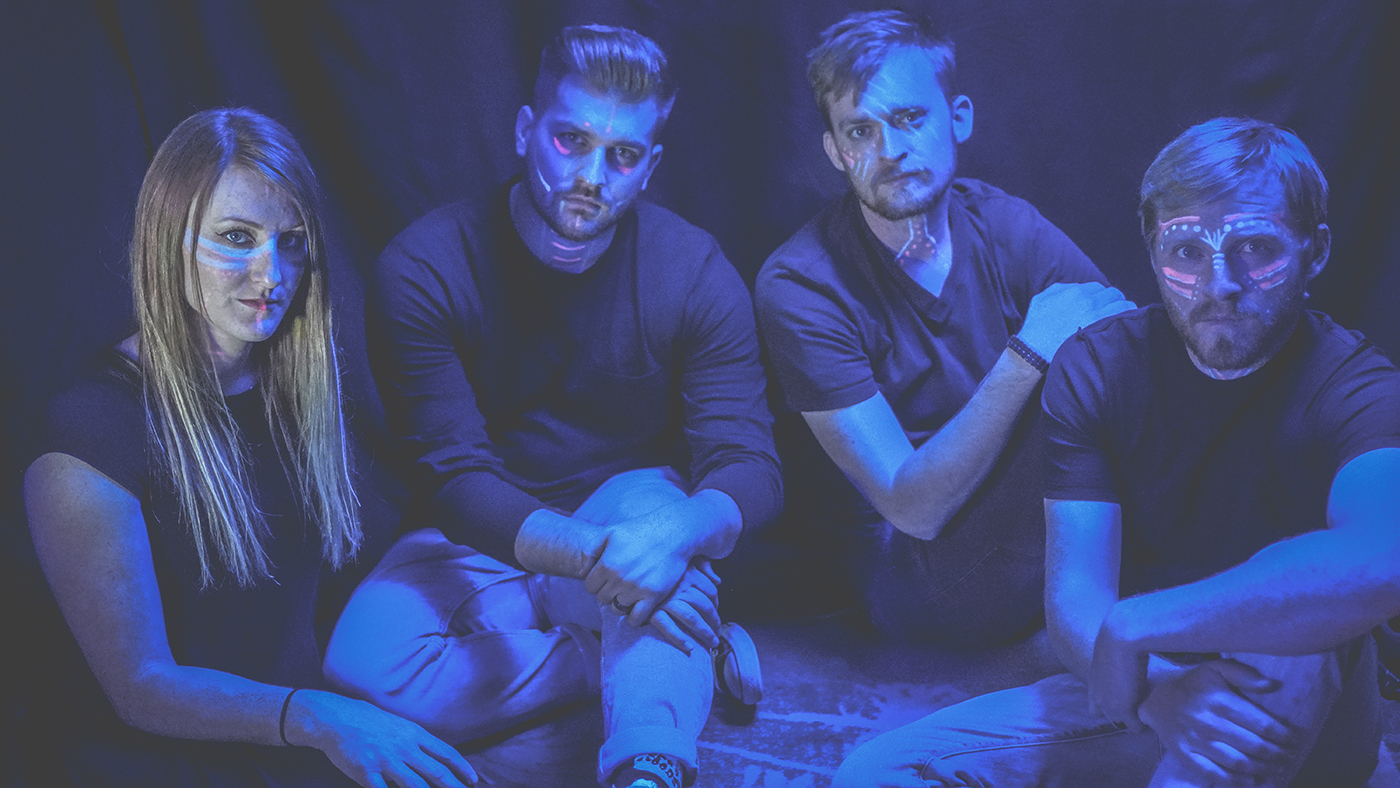 Photo courtesy of The BrightSlide

The Velour in Provo has been known as an eccentric garage-band venue with a history of showcasing talent with the capacity to reach international recognition. Some larger names that began their journey to elevated tiers of stardom have roots in the Provo club. Imagine Dragons, Neon Trees and the female-led, power-pop group the Aces have made their home here. Between blood-red curtains and stained glass sits a stage that has welcomed a fruition of  multi-genre’d bands and solo artists alike. Thursday, Feb. 6 sang the same hopeful energy as local band The BrightSlide hosted a show for the release of their new album, Lost it at Day One.

First to begin was boy-band Poolhouse, whose lack of experience had no determining effect on the crowd’s energy. Though this was their first time performing as a collective, the boys controlled the room with an aura only comparable to the early days of floppy-haired, guitar-driven British outfit, The 1975. Before The 1975 found their footing, they identified as Drive Like I Do—Poolhouse was especially reminiscent of Drive Like I Do’s electrified sound. Equally full of pop-rock beats, but with fewer nods to sex and drugs. The band’s four members—Jake, Finn, Jonny and Nick—played a show worthy of an invitation to come back for more. That’s the least The Velour could do after having unfortunate sound problems (a harsh squealing) that lasted halfway through theirs and the second band’s act. Despite this, Poolhouse put on a great performance, with my personal favorite being “Yesterday.” Though the band still needs fine-tuning, I found myself ardently searching online to find a Bandcamp or Spotify account so I could relive listening to their soft vocals and flavorful guitar riffs. Poolhouse seems to be unknown online, but I look forward to their potential return to The Velour.

“[The Brightslide]’s setlist contained a range of heartfelt confessionals to tracks that were more bubblegum-pop crowd pleasers.”

Next to take the stage was two-man group Gravity Castle. After getting a taste for Poolhouse, I was expecting a poppy, indie-rock motif for the night, but Gravity Castle strayed from these genres. Though they also had to escape the shrill buzz of the venue’s sound issues, their synthesized rock sound was so unique that it managed to catch and hold the crowd’s gaze. Oliver Kersey and Gabriel Gledhill met in Provo, where they decided to play music together, delivering synth fusion melodies with full vocals and, at times, very romantic guitar riffs and keyboard sounds. In some moments they’re comparable to ODESZA, while at other times a style closer to those radio-hit, synth pop tracks from Quinn XCII. Overall, their sound is clean and varying. Interactive tracks such as “I’ll Just Be Me” had Kersey bellowing to attendees and asking them to roar the lyrics back, which they did excitedly. Other tracks such as “I’m Sorry” were especially attention grabbing; the distorted vocals in the chorus and hypnotizing drum beats made for an interesting mix and the performance became one of my favorites of the night. Gravity Castle’s charisma and talent was apparent through not only their stage confidence, but also through their discernible sincerity and commitment to the music they create.

After two encouraging performances from the opening bands, The BrightSlide settled onstage. The four members effortlessly fell in line, playing their instruments with a selective ease. The band consists of Robert Speiser on lead vocals and guitar, Sam Prestwich on the keyboard, Melissa Alexander on the bass and Brad Lord playing drums. Speiser switched between his guitar and ukulele, singing poppy, uplifting vocals with lyrics that certainly opposed the band’s sonic style. Speiser jokingly admitted during the set that his band members were pleasantly surprised when he presented them with a more positive track, as most of the songs were gloomier ballads about personal experiences. The album holds an impressive 14 songs, which is an accomplishment for an act just beginning their musical endeavor. They also admitted that a “secret” single is on the album, which fans would only be able to hear through purchasing a CD.

Lost it at Day One is surprisingly genre-inclusive, as was the setlist for the night. Their sound varied from ukulele-driven alternative to more indie-pop, falsetto-heavy numbers. I found it easy to jump with the crowd and sway dazedly along. Their music was reminiscent of MisterWives and Chef’Special’s Passing Through—I’ve seen both of these bands live as well and insist that these shows could also be categorized into an effortlessly-bonding-with-the-crowd-type genre. That style isn’t for everyone, but it certainly makes for an evening of elated content. There’s something about attending a live show that makes me pause and breathe deeply—I found myself smiling and doing this often during The BrightSlide’s album release.

“Speiser switched between his guitar and ukulele, singing poppy, uplifting vocals with lyrics that certainly opposed the band’s sonic style.”

The band’s mystifying charm was potent, and in-between songs it was apparent that this was a group of individuals who respected each other and their roles as musicians. Their track “Ghost” was preluded by Speiser giving an introduction into a rough patch in his life to which the song alludes. “Ghost” was one of their more synth-infused pieces, which made it all the more evocative, especially as the track gained heat and became more guitar-focused toward the end. Similar to Gravity Castle, The BrightSlide cheered the audience along as we uproariously sang along to their popular track, “Walk This Way.” At one point, Speiser even had the audience sit on the floor—he also got more level as he settled down with his acoustic guitar—and sang a personal solo ballad, “Difficult Time.”

Overall, The BrightSlide was able to showcase the different environments in which their album lives—their setlist ranged from heartfelt confessionals to tracks that were more bubblegum-pop crowd pleasers. It was a fantastic night to stumble into the ominous venue filled with paintings of sad puppies and formidable cowboys among other occult objects. The Velour is always a dependable choice to find compelling new artists, and The BrightSlide certainly fits that category. –Jamie Christensen