Westward CD Release: Local Show at The Loading Dock 03.06 with Standing In For Joe 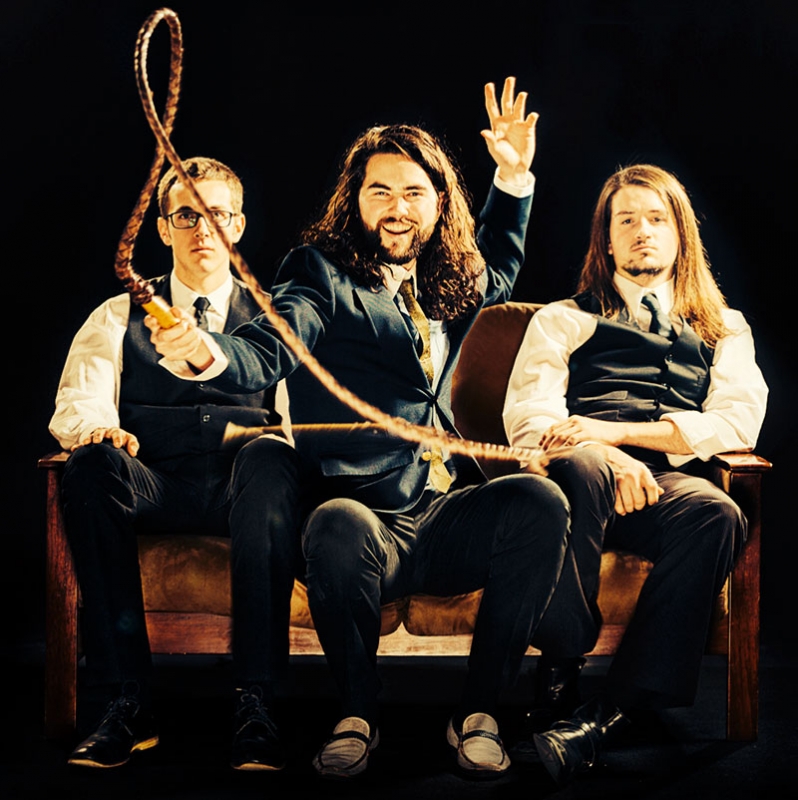 Westward play their own brew of “space cowboy rock,” drawing on Pink Floyd, Van Halen and Roy Rogers in equal measure. Photo: Rich Legg at Studio o2o
I had no idea what to expect when I was offered the task of reviewing this show. I had never heard of the band Westward before, and had been offered the show only a day before the event was to take place, but I, always up for some adventure in my musical exploration, said, “Sure.”
Now typically, before I go to check out a local show, I try to do some homework on them and listen to a little bit of what they have to offer before seeing them live. This time, I decided to go into the situation flying blind. I must say, the show and festivities that accompanied it left me feeling pleasantly surprised.
As I arrived, I found that this was going to be a family event. The age range of the attendees went from two-year olds to those sporting gray hair. Most of them, as was evident by the closeness with which they would communicate with each other, were friends or family of the bands playing. Because of this, a group of people who worked with the band not only covered merch-table duties, but also put together a buffet that had everything from pulled-pork sandwiches to hot cocoa. But as soon as the first act, Standing In For Joe, began, it was apparent everyone was there to see a great local show, and that’s exactly what they were given.
Typically, I’m pretty harsh when it comes to cover bands. Usually they are just there to “play the hits” that will get people to buy drinks and often have a demeanor that usually suggests they’re playing for a paycheck. With that being said, I really enjoyed their interpretations of the selections they chose. Their version of Sublime’s “Santeria” was pretty spot-on, while the vocals provided by Michelle Weiland had enough distinctive flair to make the song her own. I will also say that their version of Screamin’ Jay Hawkins “I Put A Spell On You,” sung by main vocalist/guitarist Randy Smith, was the most soulful version of that song I have ever heard in my life. They ended their set with a duet version of Joe Cocker’s take on “With A Little Help From My Friends” that showed both Weiland’s and Smith’s voices together as a clear highlight. They were spectacular and one of the few cover bands I’d see again.
After a brief refreshment break, Westward hit the stage. Now, I have been to a lot of CD release events, and they have run the gamut from bands playing a short solo set of a few songs to not playing at all and playing the album through the PA between other bands’ sets. Westward supported their Cd with the best kind of local show—playing the album being released from start to finish. This was also a great marketing tactic, as the CD they had just completed was being given away to all concert-goers for free. By the end of the night, the CD section of their merchandise area had been completely cleaned out, and it’s easy to see why: Westward are a truly talented group of musicians playing a very interesting take on what I would describe as “space cowboy rock.”
Using non-musical terms to describe music is always a fun puzzle, so please allow me to explain what space cowboy rock means. The space part comes from the fact that a lot of their songs not only have a space theme to their lyrics (I mean, the album is called “The Deadly Rapture Of Space”), but lead vocalist/guitarist Andrew Marshall’s guitar playing and songwriting structure echo the styles of an array of guitarists who used echo, flange, and other effects to get the listener to drift. Most notably, I hear David Gilmour and Steve Miller. Take those two and add the finger-tapping and scale runs of Eddie Van Halen and you have his playing in a nutshell. Yes, he’s that good. The cowboy element comes from the fact that they have songs that either have titles or lyrics about being a cowboy, such as “Stampede” and “Drive’m.” Not only that, but Marshall’s finger-picking and chord progressions give the overall tone of the music an old Roy Rogers feel, but never in a cheesy way. The rock element comes from the fact that they use a lot of interesting tones that give their songs (especially on “Solomon”) a Fastball sort of execution. Now, take all that and combine it with a vocal style that sounds like a cross between Dennis DeYoung and Justin Hawkins, and you have an idea of how the musical portion of the night went.
Each musician brought a powerful element to the table—bassist Ajl Anderson and drummer Matt Morrison both provided an extremely tight rhythm section that allowed Marshall’s playing, and the songs overall, to be performed at a level that was utterly solid at its core. For the whole duration of this excellent local show, there was not a single weak link in their stage performance. By the end it was clear, especially by how messy Marshall’s hair had gotten, that every member had given their all, physically. If this is their introduction to the world, I cannot wait for an encore.
Photos: