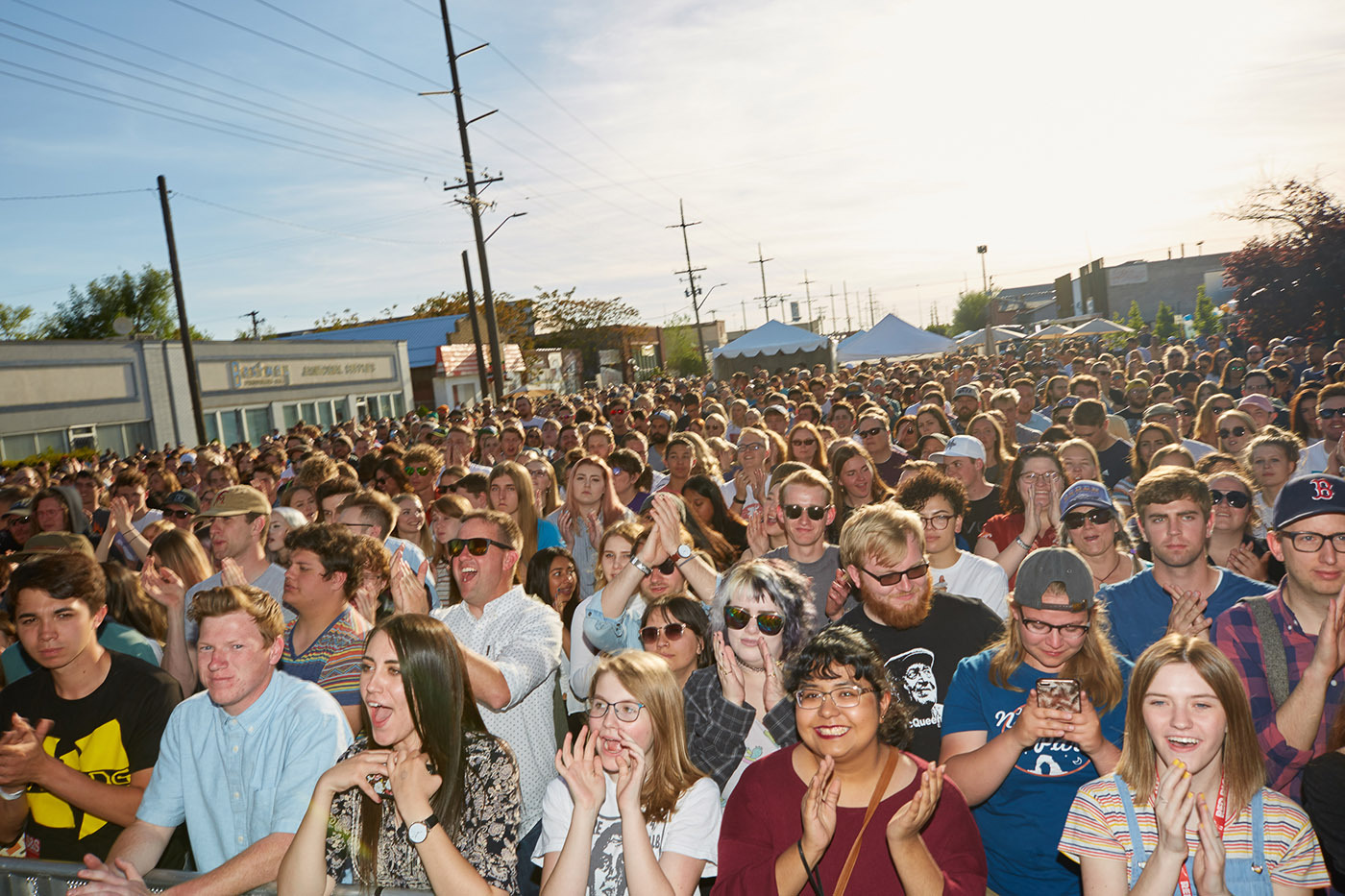 The Second Annual Kilby Block Party Is a “Return to Music”

Kilby Court—Salt Lake City’s beloved, grungy, and longest-running all-ages music venue—remains with its doors wide open to music artists and music lovers alike. The past year was a turbulent one that caused $9 billion in concert industry losses and nearly 100 independent music venues to shutter permanently across the United States. Nevertheless, after weathering the storm, Kilby’s throwing a block party to celebrate.

“The Kilby Block Party is a return to music,” says Will Sartain, the owner of S&S Presents. The all-ages, all-day, multi-block music festival will take place on Oct. 2 and feature 18 bands, three stages, food trucks, craft beer, and art installations. Each headliner was chosen as a nod to Kilby Court’s 22-year legacy, with Young the Giant, Built To Spill, iDKHOW, flor, Mates of State and Ron Gallo set to perform on the main stage.

“Young the Giant is an important headliner for us because they played at Kilby Court back in the day,” Sartain says. “In fact, everybody on the main stage played at Kilby Court at some point in the past. Built To Spill has played with us a thousand times, and Mates of State is one of my favorite bands from when I frequented Kilby Court growing up. It’s a great bill, and it’s going to be a great show.”

“Young the Giant is an important headliner for us because they played at Kilby Court back in the day.”

The DIY music venue—which can be affectionately described as an intimate, unpretentious garage at the end of Kilby Court Road—has acted as a springboard for thousands of local and touring artists over the last couple decades. It’s an indispensable component of Utah’s flourishing music scene. The first Kilby Block Party was held in 2019 to celebrate the venue’s 20th anniversary and headlined by Death Cab For Cutie, other Kilby Court veterans who first played the stage in 2001. A large wall installation listed all 15,000 bands that had graced the Kilby Court stage up to that point. Formidable names included Mac Miller, Sylvan Esso, Doja Cat, Phoebe Bridgers and hundreds of other artists who’ve since leaped from the no-frills “garage” to the national stage.

“There aren’t a lot of all-ages music venues in Salt Lake, and there especially are not a lot of all-ages venues that get the caliber of talent we get,” Sartain says. “Celebrating that, and being able to continue to do that, is the whole point.”

As always, S&S has placed a well-balanced emphasis on amplifying the talents of up-and-coming and local artists at the Block Party, as well as nationally-recognized ones. In addition to the heavy-hitters listed above, Block Party attendees will have the chance to see Becca Mancari, the moss, Sammy Brue, Dad Bod, Krooked Kings, Anais Chantel, Kipper Snack, Blue Rain Boots, Drusky, Horrible Penny, Darling and Who Killed Candance, all in one place. “The festival atmosphere is so few and far between in Salt Lake City, so this event is really special,” Sartain says. “There are a lot of music shows locally, but not a lot of festivals. At the Block Party, you get to bounce between stages, see 10 bands in one day, hang out outside and have a drink.”

From the folk tunes Sammy Brue croons to the punk-inspired shoegaze of Horrible Penny, the local section of the Block Party lineup speaks to the talent and variety of Utah’s music scene today. “There are a lot of great local bands performing right now,” Sartain says. “You can find any kind of music that you’re into, from folk to indie or hardcore or whatever—anything.” Sartain also underscores that many local bands played an integral part in keeping Kilby Court afloat during the pandemic. “The music community really banded together to keep Kilby Court open,” Sartain says. “A lot of local bands played benefit shows for us when things were really uncertain, and that helped sustain us. We were able to keep something going.”

“The festival atmosphere is so few and far between in Salt Lake City, so this event is really special.”

As this is only the second Kilby Block Party (the 2020 event was canceled for obvious reasons), Sartain hopes to host the event annually for years to come. When asked what he hopes for the future of Kilby Court, Sartain simply replies that he wants the venue to stay its simple, quaint self. “I love Kilby and how it fits with what we do [at S&S]. I would hate to see it ever go away, and we’re always making sure that we’re doing what we can to keep it open,” Sartain says. “We’re here and shows will go on.”

The second annual Kilby Block Party will take place on 700 South and between 300 West and 500 West in downtown Salt Lake City on Oct. 2. General admission tickets cost $49, and part of the proceeds will go toward benefitting SpyHop, an after-school media and arts program for young people ages 9-19. A purchase of a $100 VIP ticket includes admission to the Urban Lounge afterparty featuring Mates of State, Flash & Flare and Justin Cornwall.