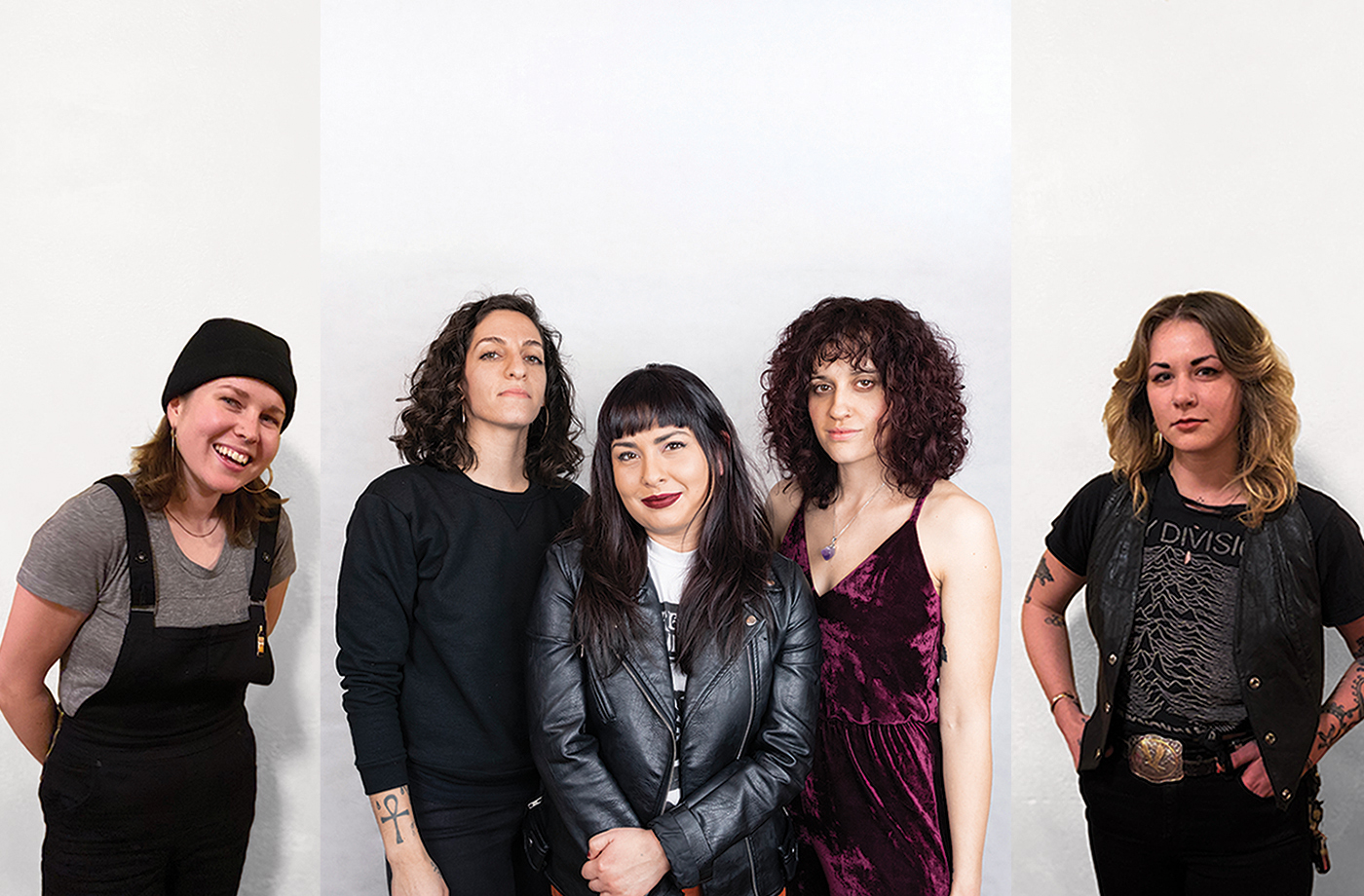 What’s better than an all-female band who aren’t afraid to express how they feel? I think nothing. The pop-punk band Dream Slut is coming back for one night only, with members Kayla Dowell (drums), Elowyn LaPointe (bass), Summer Sigritz (lead guitar), Elisar Soueidi (drums) and Bianca Velasquez (guitar/vocals/keys) coming back to play. During its conception, the band consisted of Jessie Hildebrandt (bass), Sigritz and Velasquez before Hildebrandt moved to California a few months after the band had formed. Then Dowell joined on drums and LaPointe replaced Hildebrandt as the bassist. Dowell was the next to move to New York in 2016, and that’s when Soueidi was asked to be the drummer. What was once a four-piece will be coming back as five-piece with members Velasquez, LaPointe and Sigritz playing their original roles, and Dowell and Soueidi alternating on drums.

Dream Slut tout a mixture of dreamy and psychedelic guitar riffs, deep bass cuts and sassy vocals. “Lyrically, we’re talking about some real shit,” Sigritz says. These women are not afraid to express how they feel about anything, though songs such as “Myspace Tom,” “Passive Aggressive Tweet,” and “Where’s The Bar At” often show their playful side.

Nostalgia struck Dream Slut when they realized it had been more than three years since they last played together. Most of the members first met each other at their initial band practices and managed to develop strong friendships with one another from there. When the reunion opportunity came about, the group was more than ecstatic to say yes.

After Dream Slut ended, all the women felt like they were becoming great musicians in their own right and wanted to go in their own directions. As of now, Sigritz and Dowell have their own project, Grandma’s China. LaPointe’s solo project is in the works, and Souedi is working on her own solo project called One Eyed Girl. Velasquez continues to work on different forms of art through her brand @tinymessy. If you want to see these girls jam out without biting their tongues, come out to SLUG Mag’s Anniversary Localized on Feb. 21 for $5. You never know—you might catch them playing together again in the future.