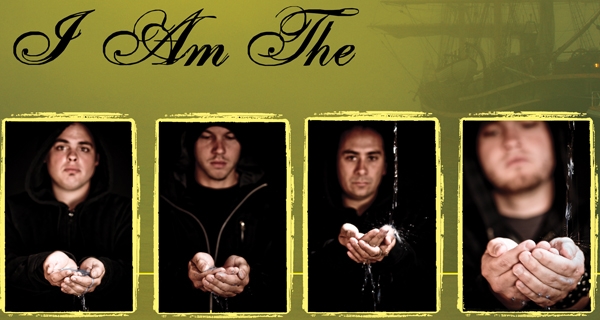 On Friday, Sept. 18 SLUG Magazine brings I Am The and openers To the Death to the stage of the Urban Lounge. Five bucks gets you in. 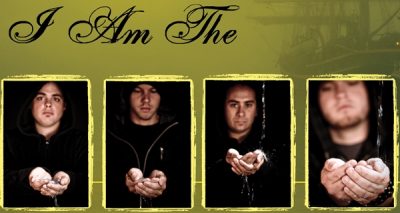 The Salt Lake City local scene can serve as an uphill obstacle for bands trying to break out onto the national stage. Momentum is important, so it’s a bit surprising that a band with occasional radio play on X96 and KBER would change their name. That’s exactly what Almost Undone decided to do in March of 2008 after about three years of performing under that name. After letting go of their singer, Brenna White, and picking up Sam Whittier, the band became I Am The. A new name, full-length LP and renewed sense of creativity have given the four-piece a shot to branch out from Salt Lake and make their mark on a bloated mainstream rock scene.

SLUG: Why did you guys change your name from Almost Undone?
Whittier: I just wasn’t feeling the name—it wasn’t a good representation of what we were putting out.
Robertson: We had a singer [in Almost Undone] who we would write songs around. Sam is different because he doesn’t need that. He gets what we’re doing.

SLUG: How did you find Sam after the split with Brenna?
Robertson: Sam happened to be at the show when Brenna left the band right beforehand. We decided to play instrumentally, and he approached us after. We invited him to a show the next day, and then to sit in on some band practices.

SLUG: You’ve played all types of different shows, from places like Club Vegas to house shows to all-ages venues like The Avalon. Which is your favorite type of show to play?
Horton: I like playing with places that will work with us. I like having everything sound good with a respectful sound guy.
Whittier: It’s all about playing to crowds that are artistically awake. If they’re not giving you any energy, they’re draining it from you. It’s all about energy.
Horton: When we played with Chevelle at The Gallivan Center, that was great. There were a lot of people there and they seemed to get it. That was probably our best show so far.

SLUG: Obviously the more people in the crowd the better, right?
Horton: Having people at the shows is cool, but I’d rather play to five people who truly appreciate us than to five million fucking lemmings. I want to make a living doing this, but once you start getting outside of a modest lifestyle, everything becomes frivolous. If we ever got there, we’d have ticket prices and t-shirt prices capped at something like 10 or 15 bucks. You can allow your fans to save money and still make a living for yourself. Ego doesn’t come into [our band]. We’re not rock stars.

SLUG: So you guys want to make a living out of this band?
Robertson: Yeah, man. Everybody wants to get there. We’ve put together a press kit and have been sending stuff out to labels and management.
Whittier: We haven’t been too aggressive, though.
Horton: We’d like to do some touring, but we need to play some places where people know us. We can play to five people here, ya know? It’s funny to me when bands say they want to get signed. Nobody ever works for it anymore. They think they can just play a couple local shows and add some friends on MySpace. It takes a lot of work and even more talent to be able to do that stuff.

I Am The is beginning to overcome the label of “Formerly Almost Undone” and will be bringing their ambience-infused alternative rock to this month’s Localized with Neon Trees at Urban Lounge. 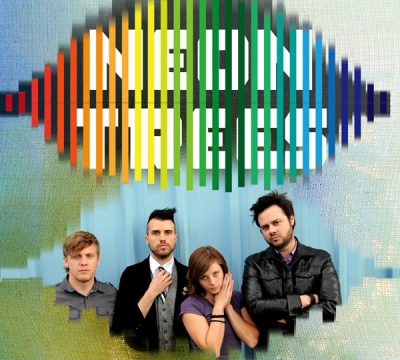 Utah isn’t exactly the first destination on most bands’ minds when they decide to make it in music. Neon Trees is an exception to that sentiment. Vocalist Tyler Glenn and guitarist Chris Allen relocated to Happy Valley from southern California in 2005 and ended up signing with Island Records in December of 2008. They are currently prepping their debut album to be released in early 2010.

SLUG: What’s the story of Neon Trees?
Glenn: Well, Chris and I are originally from southern California [Temecula]. We moved to Utah so he could go to school. We started in 2005, but really started focusing in 2007. We wanted to do this for a living because we really aren’t good at anything else. We found Elaine and Branden eventually and then signed this major-label deal.

SLUG: So why the change in members?
Glenn: Well, the others weren’t really working out so well and we had seen Branden in bands before. He used to play in a bunch of projects, including Joshua James. He’s from Vegas originally. Elaine was in another band before us. She’s originally from Chicago. It’s funny because Chris and Elaine actually dated before. Luckily, they get along fine now and didn’t just become another statistic.
Doty: I was in a band before that was a little more experimental [called Another Statistic]. I actually tried to convince [Neon Trees] to let me in the band. They had me fill in for a few shows and then I guess I fit well enough to be in. It was kind of weird for me at first because my other band was a little different. It took some time to get used to the whole 4/4 timing thing because I was doing more out-there tempos before.

SLUG: You said you didn’t fit into the vision of the band at first. Is that because you’re a woman?
Doty: Yeah, I think so. I never really thought of myself as a “female drummer,” but as just a drummer. It sounds a little sexist, but most girls can’t actually play. I always focused on being able to play well.

SLUG: So who are some female influences that you think can actually play?
Doty: I dunno. I never really took influence from chicks specifically. I guess the first ones that come to mind are the girls from Heart. They could actually play.

SLUG: You’ve been holed up in LA recording your debut full-length since April. Why has it taken so long for you to finish?
Campbell: We’ve been doing a lot of pre-production and are about halfway through with tracking. We just want to make a timeless record. I don’t think many of the bands putting stuff out today are thinking beyond what’s going on right now.

SLUG: How is recording for a major label different than what you’ve recorded before?
Campbell: It’s nice because we have a lot more at our disposal. We obviously have a bigger budget. There are definitely more opinions from more people saying, “Maybe you should try to do it this way.” That’s not too bad, though. They signed us because they respected us as artists and we get to do what we want for the most part. The producer we were working with had some suit come in and give an idea that he hated once. He said, “Ok, why don’t you go do that in your band?” The guy said, “Oh, I don’t have a band.” So our producer said, “Exactly.” We thought that was pretty cool.

***NEON TREES HAVE CANCELED THEIR PERFORMANCE AT LOCALIZED**

Below is Neon Trees vocalist Tyler Glenn’s letter to SLUG explaining the cancellation:

“I want to thank and apologize to you on behalf of my band Neon Trees. We are grateful for the energy and time put into promoting our band through the article in your September Issue and the show promotion for this weekends show.

As you know we are in the middle of recording our record out here in Los Angeles. Unfortunately we won’t be back in time for the show on the 18th, which is this Friday, which we realize is quite short notice.

I feel lame and responsible, and when we first committed to the show and article, I thought we would be back by now. I take full responsibility for dropping the ball and in no way wish to make enemies or burn bridges or cause trouble for/or with you guys. If we could rearrange the schedule and make the trip back for the night we would, but there is extenuating parties and circumstances involved in the record that keep us from being able to bolt as of now.

I made a blog and posted on our myspace as well as announced on our twitter, facebook and mailing list that we have been featured in Slug and that we will not be able to make the show, but I have encouraged our fans and others to attend the show regardless.

I hope this message is received well and that you see that we sincerely apologize for our absence.