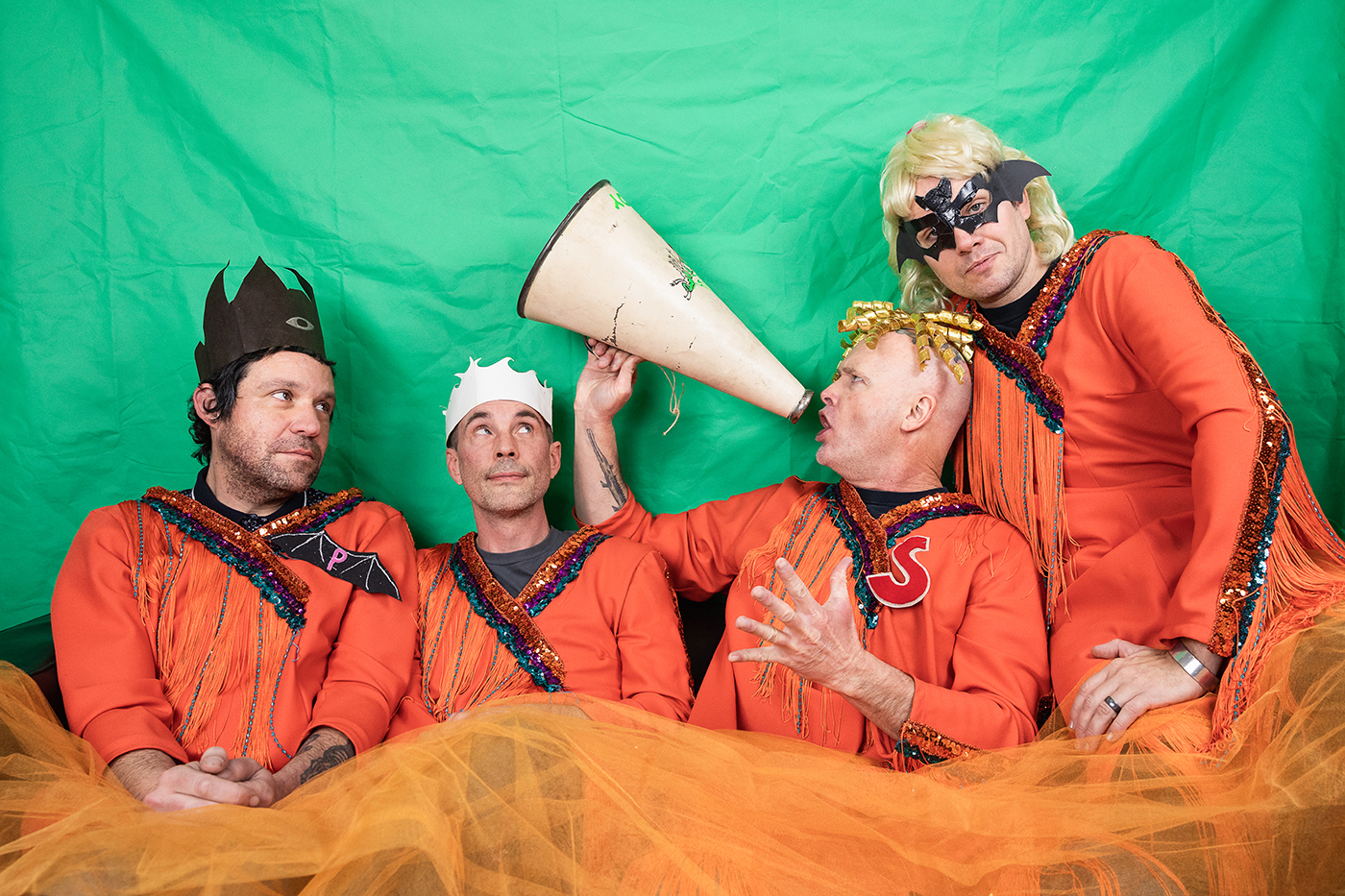 Bright-orange gospel gowns with fringed sleeves were the chosen attire for Purr Bats’ Localized photoshoot. Their theatrical rituals show the commitment to their unique discography. “[The live shows] always have a healthy helping of the absurd,” says composer and lead vocalist Kyrbir Is-p.

Purr Bats were initially envisioned as the Utah Valley band Puri-do, starting in the mid-’90s. The mind behind the projects was Is-p. He later moved to London to find creative sparks in pop music. He returned to the U.S. with a new direction in his experimental sound. “Pop for a really special breed of weirdos,” Is-p says was his idea that molded Purr Bats. In 2003, the collective was born with the present-day accompaniment of David Payne on keytar, Terrence Warburton on guitar, Jesse Winters on keys and Derwood Hutchison on bass.

With it being a reunion show, Purr Bats is going back to their classics, playing the songs that they performed in the beginning. “These are the lost songs that we are going to play,” Payne says of the Localized live setlist. Even though this show is a reunion special, Purr Bats intend on releasing new music.

As far as the songwriting process goes, it’s stayed continually similar over time. “Anything goes,” Warburton says. Sonic influences include late ’70s to early ’80s punk and new wave, but Is-p’s descriptors give Purr Bats the twist they have. Suggesting words like pop or danceable, “Kyrbir’s verbiage is the core of the band,” Payne says when it comes to the musical dynamic.

Along with their theatric garb, playing out these timeless songs is more of a ritual than anything for Purr Bats. Like riding a bike—or, as Payne says, “It’s like digging out an old Druid spell.” The familiarity to the music is never more than a quick thought away. As for the upcoming SLUG Localized, Purr Bats’ lasting guidance to concert-goers is: “Everyone should come with costume and [a repertoire] of their spasmodic fresh moves.” Get ready to be captivated by the powerful Purr Bats and internalize Is-p’s new mantra, “Why live blandly?” There is a lot to say about a group of people who can come together at the drop of a hat after years of separation. Don’t miss this at The Urban Lounge on Feb. 21 for SLUG Mag’s Anniversary Localized.