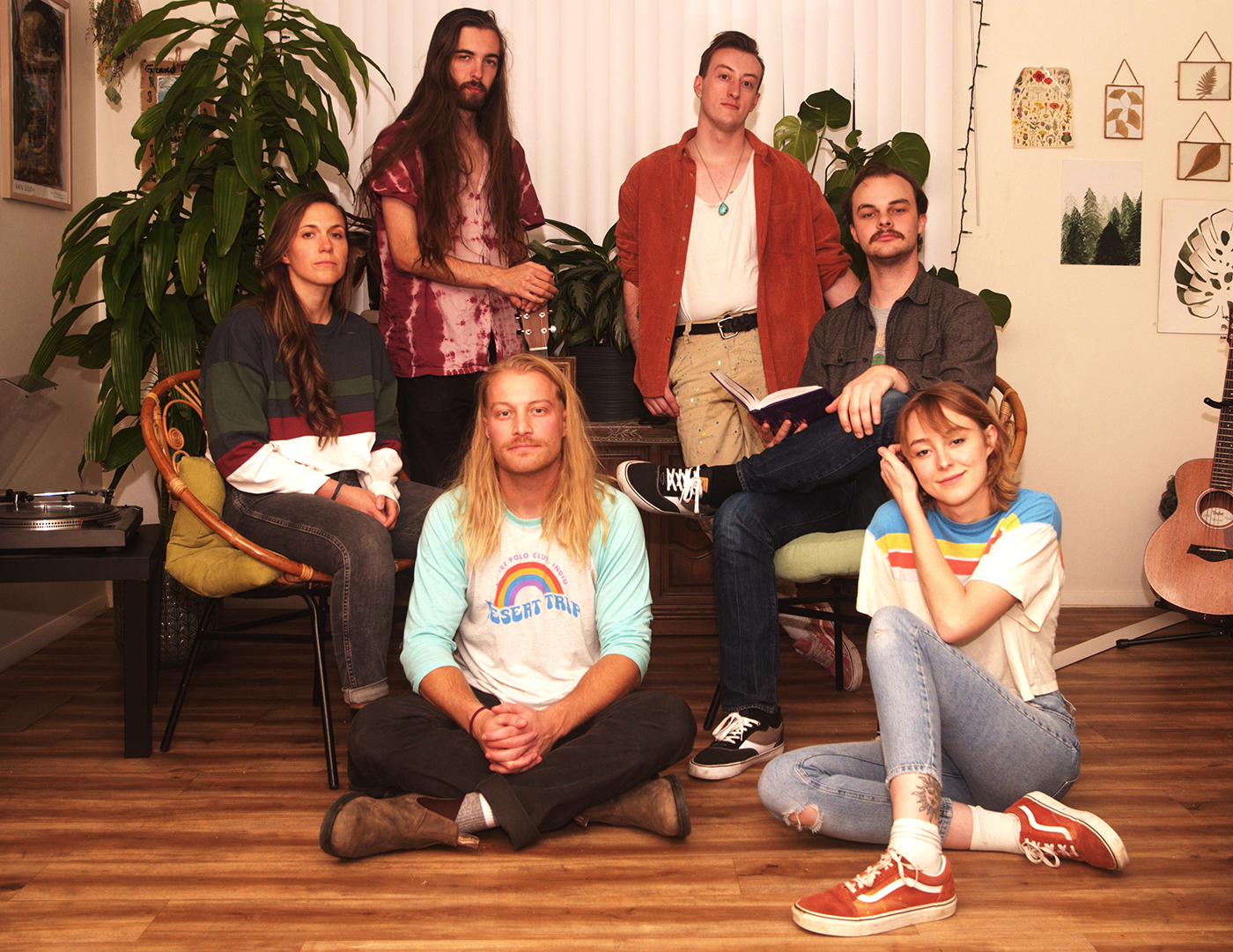 It may be cold, but hope is not lost—some of the most exciting Utah-based psych-rock artists are playing at January’s Localized Showcase. The show features co-headliners Musor and The Painted Roses with opener The Psychosomatics. SLUG Localized is $5 at Urban Lounge on Jan. 20 (doors at 7 p.m., music at 8 p.m.) and is sponsored by Uinta Brewing and Huge Brands.

Logan hasn’t always been the first city that comes to mind for the best Utah music, but that’s changing. Indie psychedelic folk-rock band The Painted Roses are at the heart of a growing Logan music scene that includes artists such as Sorrymom and Guava Tree. “The Logan music scene has its own particular sound,” says Cole Stocker (vocals, guitar). “Everyone plays in everyone’s bands; we’re all influenced by each other and we all hang out and party together.”

“Everybody’s friends with each other; we’re all kind of in the business together and we’re all happy to see each other.”

On their debut album, Stone Cold Killer, The Painted Roses provide a unique collection of songs that showcases their clear talent and chemistry as a band—whether that be in the psychedelic-tinged folk rock on “Temptation,” the gentle indie rock of “The Run” or the hard-rock-tinged “My Day,” which includes an electrifying, catchy guitar and confidently sung, personal lyrics: “Sometimes love means moving on / And my day / My day is gonna come.”

Everyone in The Painted Roses has their own unique influences, adding to the varied genres in their music. “We’ll play a country song, a blues song, then a psyche-grunge song,” Stocker says. Stone Cold Killer was recorded at the Logan venue and recording studio WhySound, which is essentially Logan’s version of Kilby Court—intimate, quirky and the heart of the city’s music scene. The album was largely recorded live with overdubbing of vocals and some synth and guitar textures. Even the overdubbed vocals were gang recorded, captured by a room mic while all four vocalists sang their parts. “We felt we had a special chemistry as a live band and wanted to put out an album that felt like we were being truthful to ourselves and the audience about who we were,” Stocker says.

“I think in Utah, there’s kind of this ‘If they can do it, we can’ mentality.”

The Painted Roses’ four main vocalists set them apart from other bands, with each singer offering a different style. “Allie has a very traditional, folk-country voice, where Nora has more of an alternative vocal and Sam has a grunge, ’90s vocal,” Stocker says. With this dynamic, Stocker says the band has “had to learn how to sing together and figure out how those tones come together and not take away from each other.” Harris initially joined the band because she’s well-versed in music theory and vocals, which Stocker sees as a “turning point where we were able to learn to sing together instead of getting in each other’s way.”

The Painted Roses are grateful to be a part of a growing Utah music scene that they feel is more supportive than ever. “Everybody’s friends with each other; we’re all kind of in the business together and we’re all happy to see each other,” Wegner says. “No one is ever jealous of another group or artist.” Referencing popular Utah-based bands like Neon Trees and The Backseat Lovers, Thorley says. “I think in Utah, there’s kind of this ‘If they can do it, we can’ mentality. In other places, the number of bands that are around can be a little overwhelming for local start-up bands, but here there is that beacon of hope. These people came from this nowhere place—they made it happen so we can too.”

Even though they released Stone Cold Killer last year, the band is already working on another album that they’re hoping to release sometime this summer. “Moving forward, I could see a lot more folk rock with more psychedelic jam elements [as well as] really trying to tighten our harmonies.” Catch The Painted Roses live at SLUG Localized on Jan. 20. You can find The Painted Roses on Instagram @thepaintedrosesband and Twitter @thepaintedroses.