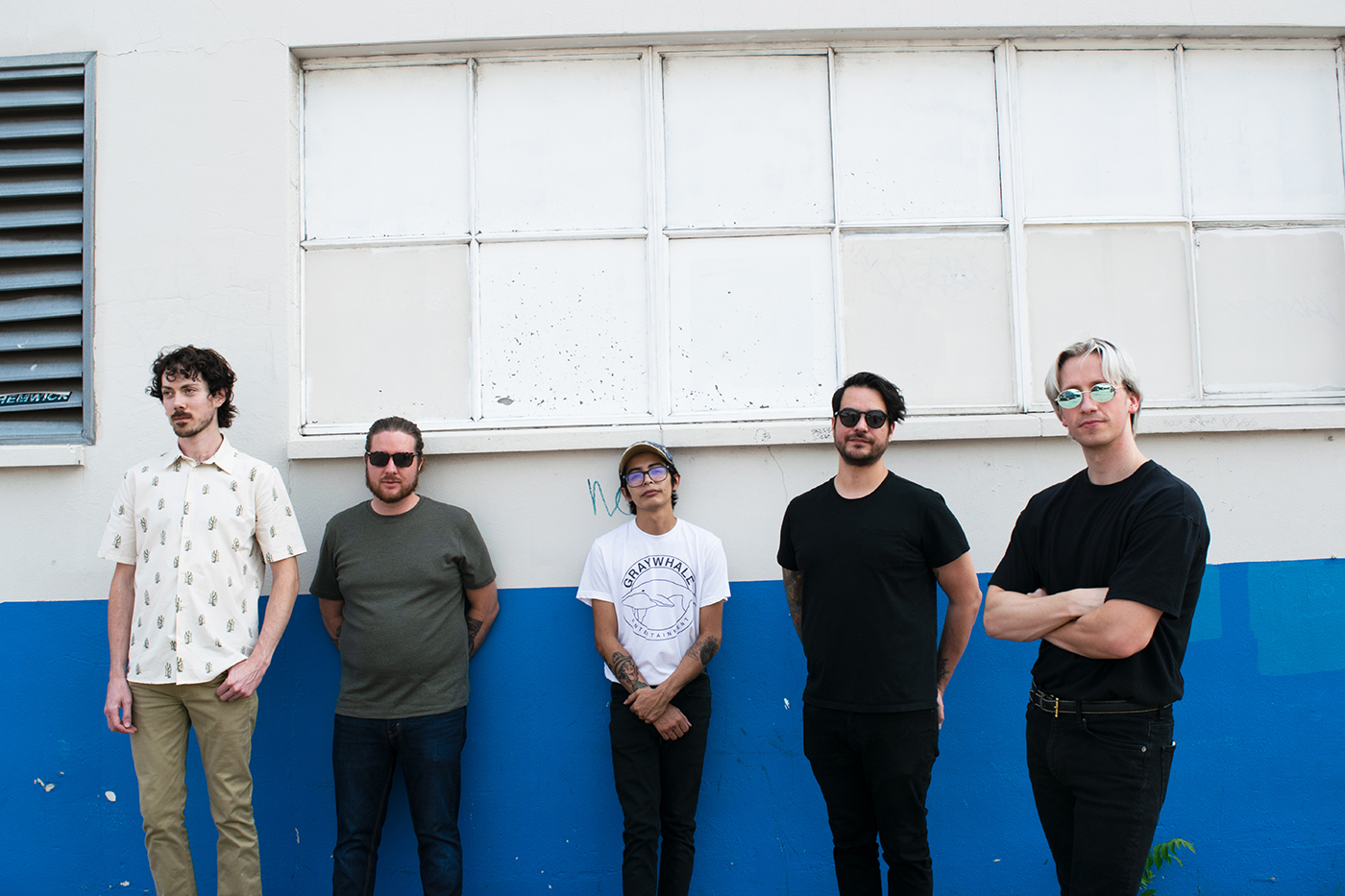 If you’ve yet to fully immerse yourself in fall, Halloween and the abundance of the more gloomy and chilling customs that come along with it, there’s no better way than to submerge yourself in the indie, emo-rock stylings of local bands Sunsleeper, City Ghost and Static Replica at this month’s SLUG Localized. Check them out on Oct 21 at 8 p.m. at Urban Lounge (tickets are $5), SLUG Localized is sponsored by Uinta Brewing and Huge Brands.

When you’ve been in the Salt Lake music scene as long as the members of Sunsleeper have, you’re bound to end up with an incredibly talented and genre-diverse group  of artists who have played in a variety of distinct music groups. Enter Jeffery Mudgett and Scott Schilling, who found each other in 2015 after departing their previous bands, Captives (Mudgett) and Sights (Schilling).

“We had a year of just trying to find our sound behind the scenes in 2015.”

“We were very open-ended as far as who would be included and the type of music we would be making,” says Mudgett. “We had a year of just trying to find our sound behind the scenes in 2015.” It was a slow-build for the band as they tried to find the right crew to fit into Sunsleeper. In 2018, the band found their final lineup, and joining Mudgett (guitar, vocals) and Schilling (drums) would be Matt Mascarenas on guitar and vocals, Cody Capener on guitar and Jacob Lara on bass. The years before and after consisted of touring across the country, where Mudgett admits they had a lot of success in the Midwest and on the East coast. He says, “Our sound kind of pertains to that community. Our first EP (Stay the Same) was heavily influenced by Midwest emo and influences from there would be similar to the Long Island emo scene of the 2000s.”

Within the music scene around Salt Lake, Sunsleeper recognizes that they are not a part of any specific “clique” or grouping, but rather just there to make connections and have a good time. They consider SLC as their home base and a place where they’ve met many diverse friends and artists, though the immense amount of talented individuals does make it hard to stand out. “We’ve taken the slow-but-steady route,” says Mudgett. “Our first shows were played in the underground, and now we get to play sold-out shows at Urban and Kilby. [We’re] very appreciative of the scene, regardless of it being a competitive market.”

“Our first shows were played in the underground, and now we get to play sold-out shows at Urban and Kilby.”

Sunsleeper’s new and upcoming music falls more into the indie-rock genre. Mudgett notes all of the guys of Sunsleeper have varied music tastes, with him listening mainly to hip-hop, Schilling having an affinity for Deftones’ alt-metal sound and Mascarenas still performing in his hardcore punk group, Reviver. “This new, unreleased music was a complete collective effort, and I think that’s why I like it the most,” says Mudgett. “It’s an expression of all of us.” When writing music, the members will normally begin with an acoustic version and take it to the collective, but Mudgett notes it really comes to life in the studio, and they’ll do whatever they need to to bring a song to life. “We always say ‘a song is king’ and whatever the song needs is what it gets,” he says of their process.

Sunsleeper experienced a lot of personal growth and unpacked past traumas over the last year. Mudgett says, “A lot of downtime with yourself will lead to self-exploration.” The majority of their upcoming record touches on the theme of bleak hopefulness, with the beginning of the album being more light-hearted and indie-pop compared to the foreboding and louder second half. “The overshadowing theme is that we’re hopeful, and we’ll see what happens!,” says Mudgett.

Catch Sunsleeper this month at SLUG Localized Oct. 21 at 8 p.m. at Urban Lounge to hear their genre-combinative sound, and check them out on normal streaming services to stay up to date on upcoming music releases.