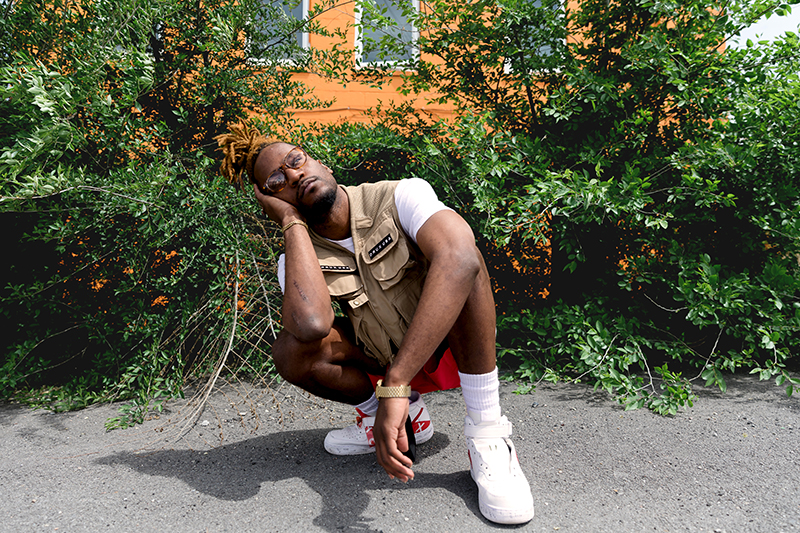 Hip-hop is back on the menu for June and it’s free! Sets from new-school leaders Zac Ivie and Vinnie Cassius along with neophyte Rahz are sure to satiate even the most finicky hip-hop enthusiast, as the trio represent an infusion of new talent and energy into the local rap scene from the past few years. Held June 28 at the Urban Lounge (doors at 8 p.m., show at 9), SLUG Localized is a 21-and-older concert series that is fueled by the following generous sponsors: High West Distillery, Uinta Brewing Co., Spilt Ink SLC and KRCL 90.9 FM. Please drink responsibly, tip your bartenders and have fun!

Distinctive fashion has always been a component of hip-hop culture. In the past, the pinnacle of fashion may have been something like a Coogie sweater, Adidas with the fat laces and a Kangol, while today, it’s more like an Off-White shirt, Yeezy Boosts and maybe a Supreme hat—yet it’s all the same principle: to stay stylish while staying true to who you are. Some people build impressive wardrobes out of years of cultivating, travel and research on shoestring budgets and others couldn’t put an outfit together if Neiman Marcus was their closet.

“Being an artist, it’s not hard, but it’s emotional [and] draining,” says Ogden-based rapper Vinnie Cassius, “especially not skipping the local scene and being an artist in it.” 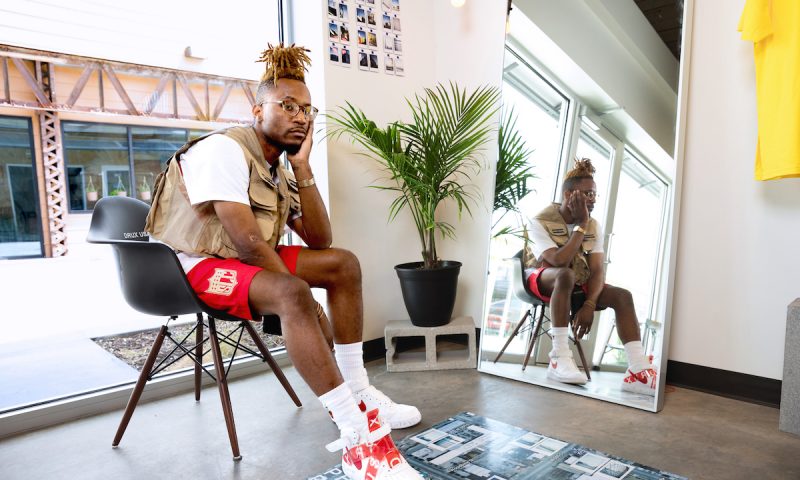 The clothes you wear, and how you wear them, are important aspects of your image in general, but it takes on a new meaning when you or your likeness wind up on ads, in social media clips and on a stage. It definitely takes passion and patience, and possibly a certain level of ego to keep it up for an extended period of time. When speaking of fashionable Utah emcees, Cassius (aka Pretty Misfit or Tsunami Slim) must be mentioned. According to him, his style is laid-back, simple, clean and vintage. He and other Utah artists like AZA and the Swell Merchants have formed ties with and done modeling work for a fledgling local brand named Drux (druxusa.com), located at 420 W. and 900 South.

“That’s the homies … the crew, the gang. We got like two producers, a videographer, a photographer, a couple engineers and, like, five rappers. We are more of like a family,” says Cassius. “It’s a clothing brand, but we treat it as a huge collective, really.”

Garbs won’t take you far as a musician if you don’t make a connection with listeners, though. Vinnie’s aural aesthetic is eclectic, complex and contemporary. His beats tend to fall in line with trap conventions, often using a slower tempo, booming bass and rapid-fire symbols. A comparison could be wifisfuneral meets Kendrick Lamar.

“I just finished my first album, like 12 songs. It’s called OMNIWOLF,” says Cassius. “’Bout to drop that whenever the visuals [are] done. And I got a couple of [other] projects lined up, so I just been writing, been working, just saving stuff up and waiting for that time.” He doesn’t hold back, listing weighty topics like God, religion, mental illness, friendship and sexual orientation.

“I can’t even explain being a father,” says Cassius. “All that corny shit people tell you about when you are having a kid is stupid true. And I can’t even express how differently I feel. His energy is so radiant. You can just see the God in babies.”

Adding a new member to your family is enough to cramp anyone’s style—especially if that member wears diapers, eats up your food and disposable income. For the first year or two, you are in a world of change. Not only does the child grow hair, teeth and mannerisms, but parents also often grow a new outlook on life in the process and incorporates a whole new set of clothing and accessories into their everyday life.

“I want him to know that you can honestly do anything that you put your mind to,” says Cassius. “That’s so corny, but it’s true. All the things they told us in preschool and first grade about self-belief is true … Being a father didn’t change what I talk about. Basically, it changed how I talk about it. [Being a father helped me] step up my bars. I take everything super serious. Before I was giving at 80 percent, now anything I do is 100 percent. He gave me more confidence in myself.”

Icons fade from the limelight frequently, yet the talent and energy put into media can last for generations. Pulling together compelling visuals along with deep content is a good way to cement yourself as a reputable artist and endear yourself to potential fans.

“Talent supersedes all the bullshit,” says Cassius. “If you’re talented and you work hard enough, you’re gonna get what you’re looking for.”

Vinnie vows to keep his set fresh with creative breaks that may or may not include poetry, freestyles and crowd-participation activities. This is one show you won’t want to arrive fashionably late to.

Search for  material by Vinnie Cassius on YouTube (@vinniecassius) and listening to his music on Spotify or SoundCloud (soundcloud.com/vinniecassius). Please, join us at the Urban Lounge on June 28 for some of the best new acts in Utah hip-hop.