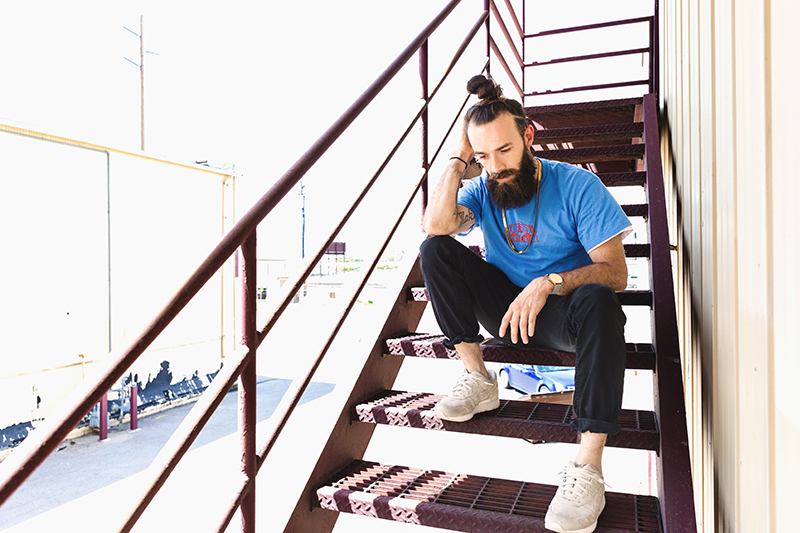 Hip-hop is back on the menu for June and it’s free! Sets from new-school leaders Zac Ivie and Vinnie Cassius along with neophyte Rahz are sure to satiate even the most finicky hip-hop enthusiast, as the trio represent an infusion of new talent and energy into the local rap scene from the past few years. Held June 28 at the Urban Lounge (doors at 8 p.m., show at 9), SLUG Localized is a 21-and-older concert series that is fueled by the following generous sponsors: High West Distillery, Uinta Brewing Co., Spilt Ink SLC and KRCL 90.9 FM. Please drink responsibly, tip your bartenders and have fun!

Born and raised right here in Salt Lake City, Utah, Zac Ivie is just starting to reach his potential. He’s working fewer hours in order to be able to concentrate on his craft more. He’s released a steady flow of music in the three years he’s been making it, and he’s also been on the Perceptionists Tour with Zion I, Mr. Lif and Akrobatic. If that wasn’t enough, he’s soon to be married to his girlfriend, Skye. She’s the muse in his music videos, the topic of his hooks and in tons of photographs with him, in the same shoes, with matching jean jackets—it’s enough to make the lovelorn log out of their profile. It’s like Utah’s version of Love & Hip-Hop—only suburbanized and less drama-filled. They make it work.

Recording, performing, producing media, merchandising, even touring—that’s basic. What really separates the real ones from the fake one (those who want it solely for personal and monetary gain and those who want to help their community and make a lasting impression on the culture) is the legwork that’s put into establishing bonds. You can see Ivie and Skye at multiple shows/events a night, even when he isn’t performing. When he opens for an act, he stays and watches his peers’ routines as well. “I can turn the rapper off and turn the human on, if that makes sense,” Ivie says. 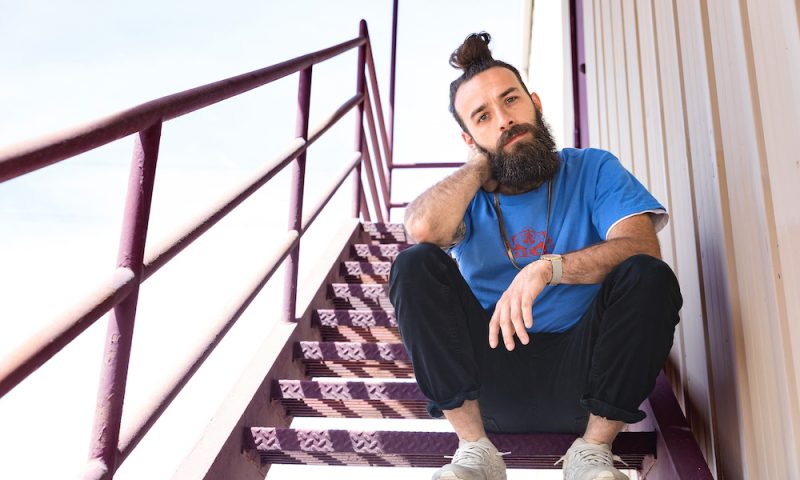 Another element Ivie has put in his bag that separates him from other Utah artists is the development of a trademark sound. His production is predominantly lo-fi with crisp drum patterns. He credits Easy Notey and Soap (Soap and Ivie go by the name of Antique Music) in regard to his musical accompaniment, which he describes as “late-night coffee shop boom baps.”  You’ll recognize him by his rumbly voice and a rapid yet incisive flow that is sometimes broken up by melodic crooning. Lyrically, he’s got the delivery of Tech N9ne with the content of a modern-day Brother Ali. He’s a kind soul—nevertheless, it’d be a mistake to take him for just another chopper, romantic sad boi or political fanatic: Zac is also a trained fighter who teaches classes at a kickboxing gym to the pay the bills.

Beyond rhyming over beats and beating on punching bags, organizing community events for artists is another way Ivie makes an impact on hip-hop in Utah. Get it Write is a semi-regular social event for rappers, beat makers, musicians, videographers and friends, and has been going on for about two years. “It’s just one of those things where I’m trying to build,” says Ivie. “Instead of just like getting everybody together at shows, I’m trying to get everybody together in a room so we can talk about shows, where we can talk about business moves, where we can network, where we can tell people about how to grow as an artist or things that I’ve learned. So, it’s really just trying to get it done the right way. I don’t think I’ve found the right way, but I think if all of us got together, we could find the right way, ya know?”

What started as a small gathering of six people expanded to nearly 70 artists from a wide array of backgrounds and ages, ranging from late teens to those pushing their 30s. The objective, as altruistic as is sounds, is to spread unity among Utah artists through increased communication. Although movement on the group has halted in the past few months, Ivie intends to start it back up with an increased focus on organizing and scheduling rather than smoking and chilling.

“I think the biggest problem we have as a community recently is too many people throwing too many different shows on the same days and splitting crowds,” says Ivie. “It doesn’t do anybody any good. I think if we can get a bunch of minds together who know this and know that and really set the differences aside, we could go somewhere a little bit further than where we are going now.”

A leadership role often comes with no pay raise, no fancy title or corner office and no “atta-boys.” It’s a tough task that continues on after the cameras stop rolling, when there are no fans to applaud and no writers to document. For some, a leadership position is given, and for others, it is chosen by the consensus. Thankfully for Utah heads, the mantle of leadership has fallen into capable hands.

Before you join us at June’s Localized, follow Ivie on SoundCloud at: soundcloud.com/iviemusicslc and watch his latest video, “Melancholy,” at facebook.com/IvieMusic801.