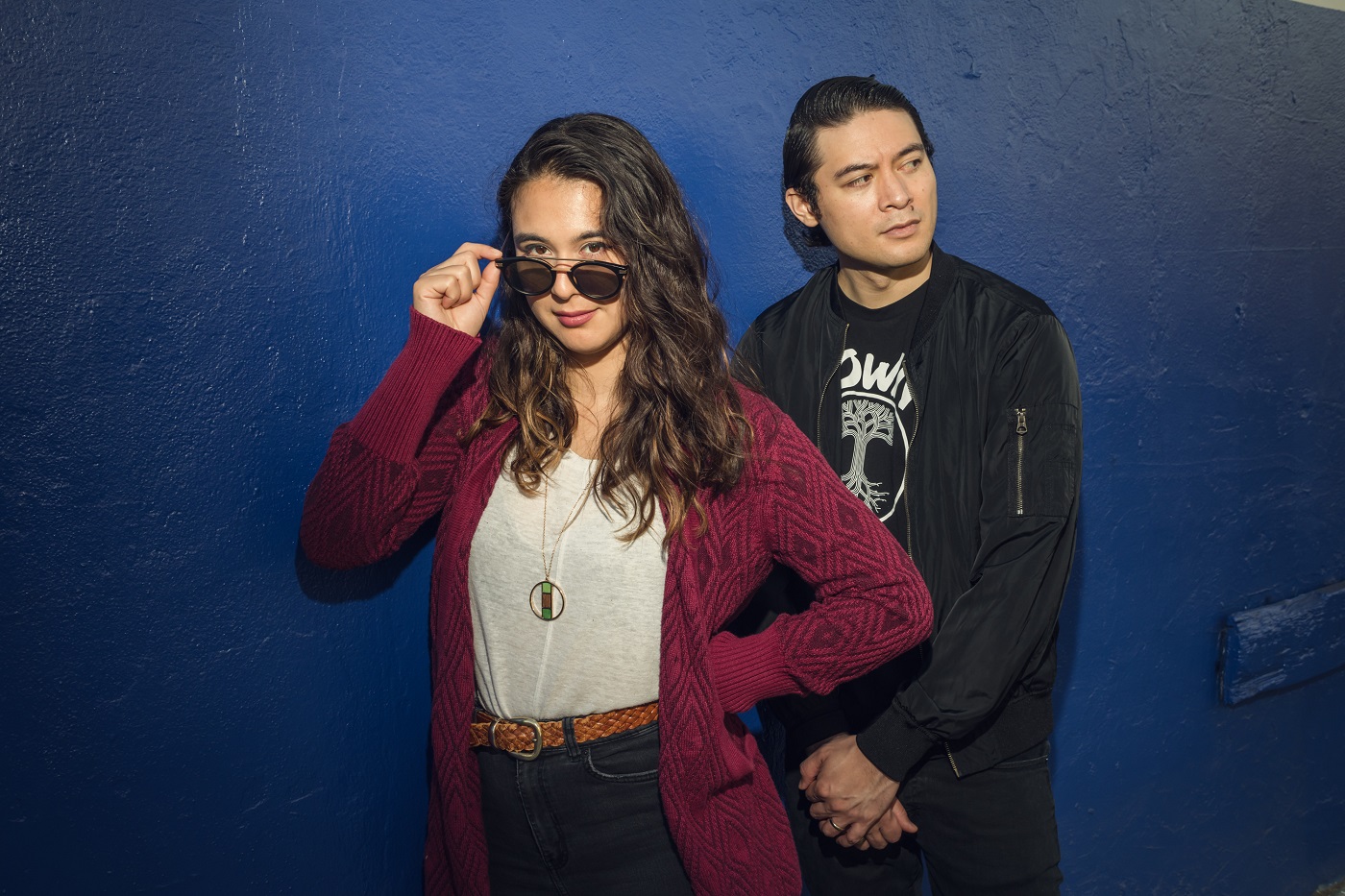 Being Wrong and Becoming Right: An Interview with Grex

In the words of Rei Scampavia, one half of the avant-rock duo Grex alongside Karl Evangelista, a “grex” entails, “These individual little multi-cell organisms that kind of go about their lives, but in dire situations they will all band together and form this aggregate being called a grex.” This biological phenomenon forms a foundational ethos for the duo: “The idea with the band was that the whole was greater than the sum of the parts,” she says.

Purely on the duo level, Evangelista and Scampavia provide each other with an always-shifting foundation. Where Scampavia has a lifelong relationship with the beauties of pop and rock music and a background in academic biology, Evangelista has a deep, studied history with the worlds of avant-garde music and free improvisation. “That was really interesting to navigate, and has continued to be interesting over the years,” says Scampavia. Though the focus has shifted across Grex’s 11 years of existence, Evangelista notes that much of their music centers around “try[ing] to find a way to have improvised episodes happen, but not be a distraction from the song content.” Taking winding, bewildering moments of experimentation and packing it into the three-minute containers of top-quality pop.

But these separate “parts” informing Grex’s identity aren’t just the backgrounds and input of its two core members. Rather, Grex operates as a sort of vacuum for their surroundings, taking in and working with the bounties of their communities, families, collaborators and mentors. Though neither member of Grex are Bay Area natives, it’s been their home for over half of their lives at this point, and their long history in what they call a “resilient” and “embattled arts community” has shaped much of their outlook. “We’re little cockroaches that have outlasted many other groups,” says Scampavia. “As a result of that … something we’ve sort of grappled with this whole time is sort of changing and adapting and growing over time.” Adapting to gentrification, the rise and fall of activist movements, the fallout of the Ghost Ship fire—all of these and more have marked Grex’s musical and personal tenures.

“The idea with the band was that the whole was greater than the sum of the parts.”

The idea of constant evolution and self-redefinition finds a totem in Grex’s latest album, the massive and masterful Everything You Said Was Wrong. Musically, the record features sampled, hip-hop-inspired beats (“KD,” “Criminal”), lengthy improv excursions (“Walking Alyer in Tarzana,” “Goodnight”) as well as tracks built around spell-binding rhythmic patterns taught to Grex by the legendary Milford Graves (“Blood”), whom Evangelista says instilled him with the “responsibility to play ametrical music.” But against these delicious experimental elements are the bittersweet pop flavors injected in Grex’s music, and the melodies on “Moon Baby” and “Gone” rank among the band’s best and deepest earworms.

Arriving after Grex’s 10-year anniversary, Everything You Said is by its nature a landmark album. The title (loosely paraphrased from Star Wars dialogue) serves as a multifaceted mission statement for the duo’s approach to this latest set of music. In Scampavia’s eyes, “It’s this idea that … we’ve been at this for however long and we can still find ways to completely transform the way we’re approaching what we do.” In keeping with the dialogic nature of Grex’s art, though, this title has multiple meanings for the band. Evangelista echoes Scampavia’s self-reflexive reading, and also adds a layer of outward defiance: “This title was also our way of saying that we’re going to continue doing what we do,” he says. Whatever obstacles or naysayings the band may have encountered crumble against the stature of the music presented here.

Regardless of these dual readings, Grex unanimously defines the album as “the sound of our personal lives re-entering the music.” But “personal” here signifies everything from songs about the duo’s pet rats, to numbers that double as hangover odes and environmental lamentations, to deep excavations of mental health struggles and fiery political tirades. “Most of my lyrical content tends to be more internal and inwardly focused,” says Scampavia of her writing. “A lot of the stuff that we write also just has to do with my own personal carnage. Coming to grips with myself … Unpacking stuff that got put away a long time ago and seeing what was there. And what that looks like now versus when I put it away.”

And Grex situates these personal reckonings alongside larger-scale political explorations, such that the lines between these camps fades into one firm act of resistance and healing. Evangelista’s family has a long history with Filipino poilitics, with his aunt having run for President a number of times, including against the now-sitting leader Duterte (the latter of whom is the primary subject of “Criminal” on Everything You Said). Though Evangelista is working within a specific, personal context, there’s a degree of universality in his poetics. “Me confronting personally or lyrically the ethos of Filipino totalitarianism political and economic imbalance is also tied together to what’s happening in America, but also what’s happening in Brazil, what’s happening throughout Europe,” he says.

Milford Graves’ name again comes up in this regard, as Grex relate to him and other prominent figures such as Bill Dixon in their navigation of the experimental music field as musicians of color. Specifically, Evangelista notes how “these people were constantly in the struggle to self define. Especially tied into now, that they had to do that not just in a conceptual or an artistic level, but also racially and ethnically,” he says. Like Graves, Dixon and others, Grex see their music as an urgent powerful force, placing themselves in a lineage of staunchly independent musical revolutionaries. “It’s part of your responsibility to be on the periphery if you’re playing free music, if you’re playing punk or if you’re playing noise,” says Evangelista. “You’re supposed to speak on behalf of marginalization … and I take that responsibility very seriously.”

“This title was also our way of saying that we’re going to continue doing what we do.”

Early on in our conversation, Evangelista describes the genesis of Grex as “an exercise in unlearning.” He’s speaking specifically about making music removed from a rigid academic framework, but this doctrine could apply to Grex at large: unlearning history, habits and inherited knowledge; tossing out old definitions and hypotheses. But this isn’t erasure, and every bit of unlearning opens doors for the process of relearning. Throughout their career, but especially on Everything You Said Was Wrong, Grex works to create new languages and spaces.