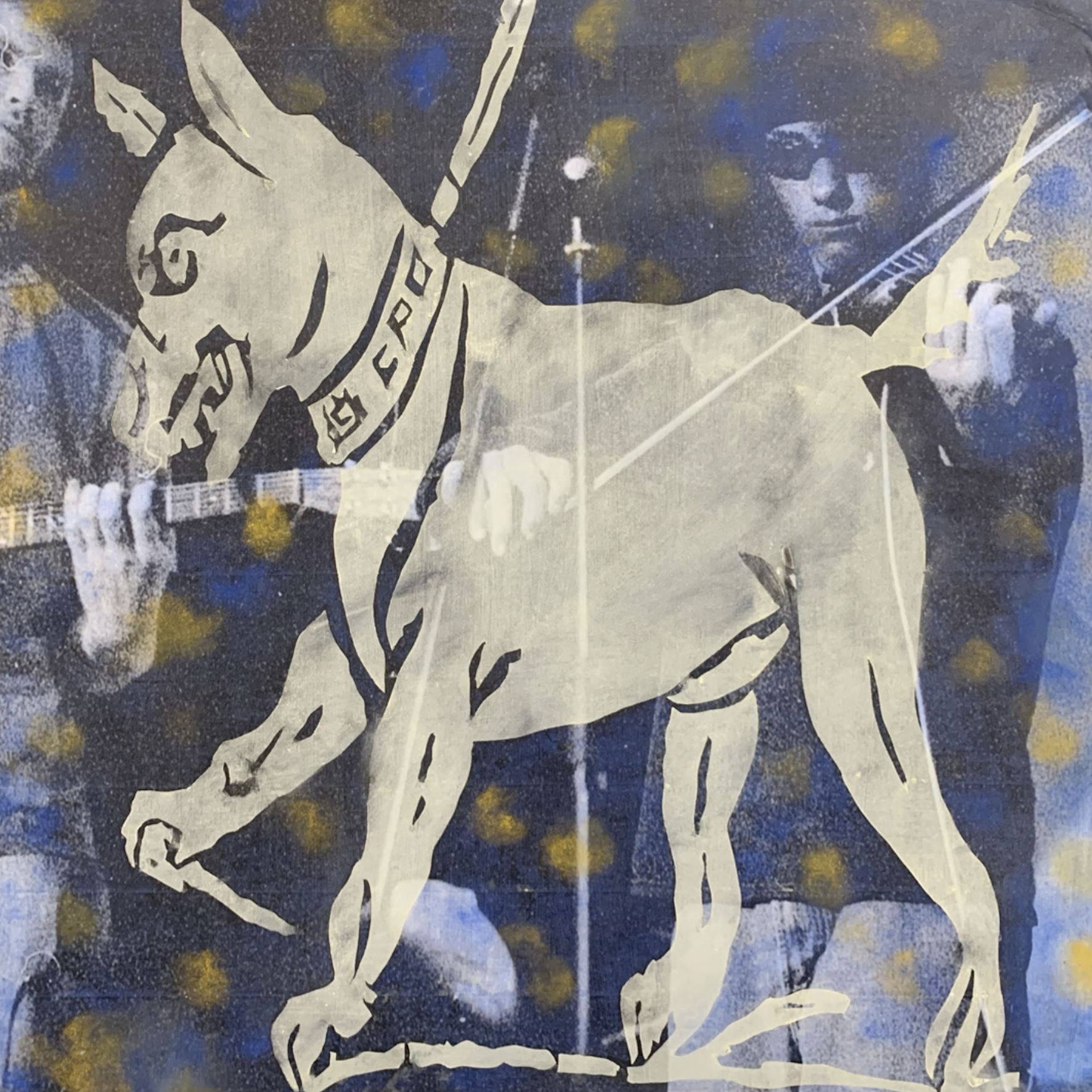 Salt Lake City–based band Boyfriend Sushi Town doesn’t even like sushi that much. And, even though they just released their debut album, Rufus, the day after Christmas, they aren’t really a band anymore, either. Exactly one week after the album’s release, both singer/guitarist Moses Coker and bassist Peter Carney got on a plane and moved to Chicago, leaving violinist Ethan Guertler and drummer DJ Casto—as well as their fans—behind.

Though Coker and Guertler have been playing shows together under the name Boyfriend Sushi Town for about two years, they didn’t start playing as a full band until September—less than a week before a gig at a Quicksilver film premiere. To add to the recklessness of it all, the band recorded their entire debut album in an impressive one month. Rufus-era Boyfriend Sushi Town began quickly and ended even quicker. “But it probably wouldn’t have even happened if you didn’t have plans to move,” Guertler says to Coker when I sit down with them both, two days before half of the band bid adieu. “Because we were like, okay, we’ve got to do this now.”

Within moments of first listening to Rufus, Guertler’s violin playing stands out the most. His wailing strings add an experimental quality to the band’s otherwise post-rock instruments, at times almost overshadowing Coker’s catchy vocal melodies. “You think about violin in a band and it’s usually a backing instrument,” Coker says. “Or it’s almost comical, like a fiddle in bluegrass. But the way Ethan plays … he uses his classically-trained abilities like a second vocal. It adds such an atmosphere of emotion. Without him, I don’t think the band would be anything,” he says.

For Guertler, who plays his grandpa’s violin, playing is a legacy—albeit one he didn’t expect to carry on in a band that sounds the way Boyfriend Sushi Town does. “My grandpa played violin, my dad does and all my siblings do, too. I’ve been playing for about 13 years,” Guertler says. He knows his sound is noteworthy. “I was actually trying to find a band that had a violin sound like ours, and it was really hard to find anything that I was excited about,” he says. “A big inspiration for me was just trying to sound different. It made me excited to do something so unorthodox. It’s really different than anything I ever did growing up.”

The closest thing to Boyfriend Sushi Town’s sound sans-violin would probably be a combination between Spiderland-era Slint and the post-genre concoctions of Black Country, New Road. And unlike the song titles on Rufus, which are named after Coker’s friends and sisters, almost all of his lyrics are written from the first-person perspectives of fictional characters. “A lot of them don’t make any sense. Some of them are just stream-of-consciousness, others have full narratives,” he says of his lyric-writing process. His characters are inspired by true events, however. For example, Coker wrote the song “Jackson” after putting himself in the shoes of “a complete and total dick who doesn’t give a fuck about anyone else’s problems,” rather than being someone who—like Coker just had—spends an hour at 7-Eleven talking to the cashier about her recent cancer screening.

The song “Rufus” is about a high school teacher who hates his life and gets drunk to grade papers. “Abbie” is about two best friends who fall in love in West Virginia and the homophobia they endure. For someone who hasn’t ever actually experienced these storylines, Coker incorporates them into his songwriting in a believable way—especially the painful ones. “No one in my life has been affected by opioid addiction, but I decided to sit down and write ‘Finders Keepers’ specifically about that,” Coker says. “Like, this is the place I’d be in if someone in my life was being affected by that.”

That track “Finders Keepers” showcases Boyfriend Sushi Town’s extraordinary potential with chilling ambience and a rock-solid melodic riff. “I used to love you / Why’d you steal it? / Why’d you take it? / Trust is real unless you fake it / Just like you / Just like always,” Coker sings, his melody looping and building into a desperate yell. “We sat down and wrote [that song] in about 15 minutes or something,” he says, as if writing affective, genre-defying songs was the most natural thing in the world.

The process of creating and releasing Rufus did come pretty easily for Boyfriend Sushi Town. Locals Brandon Cocard (of hi again) and Harry Hagan offered to record Rufus at their studio, Mirror Machine, purely because they wanted to help bring the album to life. “They were just like, we really like your songs and we want to help you guys create this,” Coker says. “They are the kindest people in the entire world to do this for us. We’re forever indebted to those guys.”

Boyfriend Sushi Town was slated to play an album release and “final” show at Kilby Court on the first day of the year, but they ended up cancelling it out of COVID cautiousness. The next day, Coker and Carney were states away. The finality of it all has the potential to launch Rufus into cult-listener territory, or at least land the songs a spot on a viral Dustbox snowboard edit.