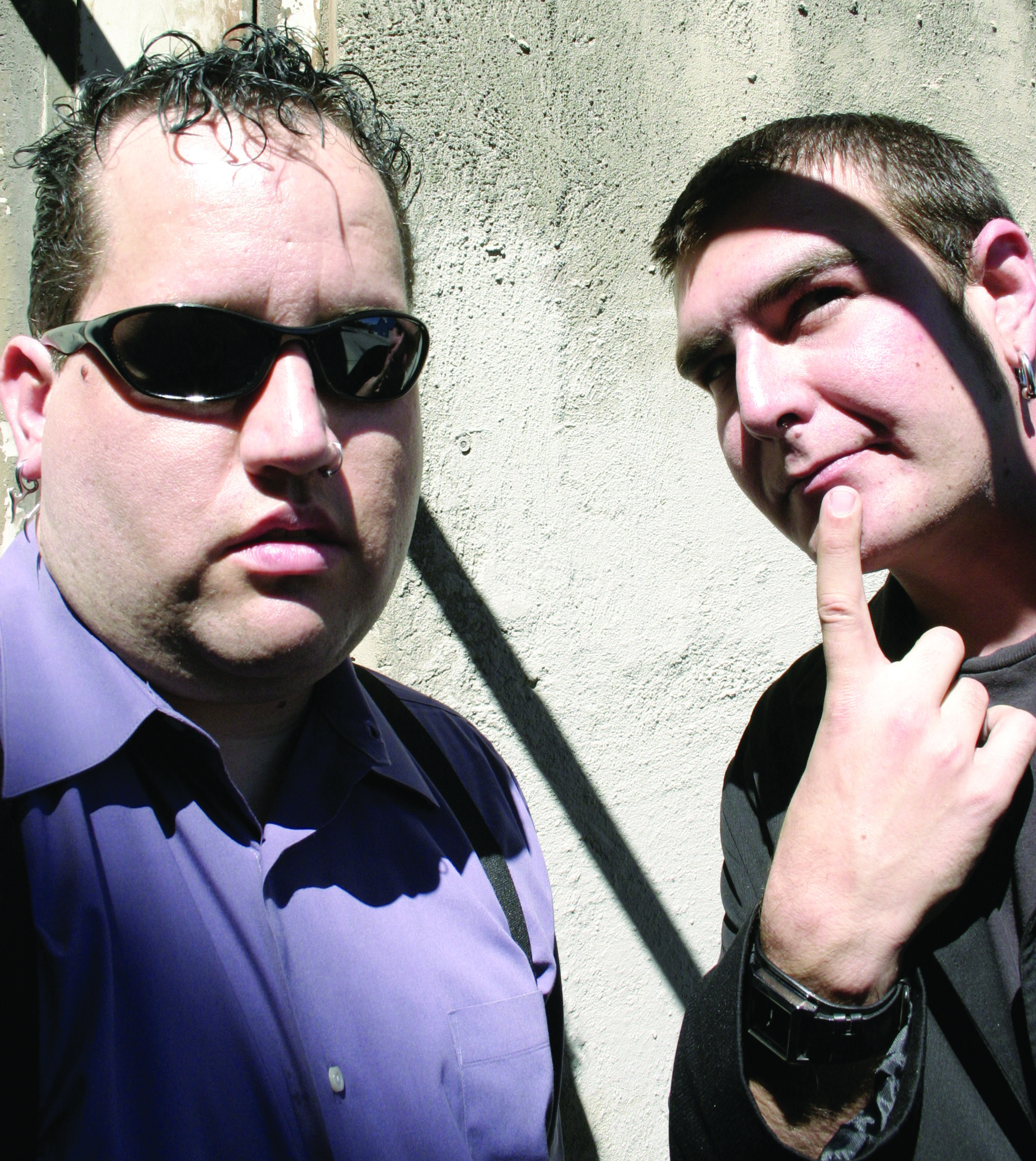 After a long hiatus, it seems that Carphax Files have crept out of their Abbey bearing an evolved sound and new music to share with us. SLUG Magazine chatted with the duo of Jasin and Chrome about some of the history of the band, their label, the reasoning behind the new momentum and their upcoming releases.

Carphax Files have a long history in the Salt Lake underground music community. Since it has been a while since we have heard from them, a brief summary of their past may be needed for the newer folks around. After being inspired by a guitar he was gifted when he was just 13 years old, Jasin wrote his first song. He says, “That was thirty years ago.” Chrome started creating music back in 1996 when he purchased a keyboard and found a teacher who was none other than Randan Purcell from the band Agnes Poetry. The birth of the fascination with the art is always interesting to see but the band has more ties to the community other than just two guys getting together to form a band in Utah.

“All people, all experiences are an existential POV of inclusivity, acceptance and understanding.”

The original members of the band were Vecha (aka Gladerial), Syk Fuka and evolved into its current lineup. Change always happens and throughout the years it became Chrome and Jasin with various other members in and out of the lineup. Jasin says, “It has been a privilege to work with every one of them.” Jasin and Chrome were introduced by long time goth and industrial DJ Reverend 23. Chrome felt inspired to ask Jasin for some help laying down some vocal tracks in trade for dinner one night, and it was there that the collaborative magic happened.  They finished recording and over dinner, and Jasin asked Chrome’s wife if he could “have him.” Chrome says, “Jasin then went on to elaborate that he needed to keyboardist for a tour he was going on in a month.” After about four weeks, they played a live show together for the first time in Austin, Texas.

In 2002, things were going well for the band, and former radio host Avant Bone form the KRCL radio show Total Harmonic Distortion noticed them. A concert was organized, and Carphax Files was to be the supporting band for the global touring act Deathline International. It was during some point of the show that night that Jasin gave Deathline frontman and COP International label owner Christian Petke a copy of his demo. Deathline International finished their tour, and a couple weeks later Petke called Jasin and asked if he wanted to work with his label. Carphax Files was being signed.

“Music has become single serving, and that is the direction we’re taking now.”

As for the reasoning behind the band’s hiatus, Jasin says that he was battling a bout of depression and had lost all interest in composing music. Luckily for us and him, 2019 found him inspired to create again. He says, “I am still battling the demons, and music has become the battlefield.” He reached out to Emileigh from Chiasm and things started propelling from there. Carphax Files will be releasing a series of EPs throughout the next few months. Jasin says, “Music has become single serving, and that is the direction we’re taking now.” It seems a full-length album is not in the plans for the band this year, but you never know what the future will bring for this band as they emerge from the darkness with newfound energy.

There seems to be purpose behind many things with these two, and a description of their music on the COP International site is no different. It states that Carphax Files is, “All The people, all the experiences and all the hate and love.”  Jasin believes in the yin and yang of this world. “You cannot love without hate, you cannot hate without love,” he says. “All people, all experiences are an existential POV of inclusivity, acceptance and understanding.” This leaves a person wondering what the underground communities would be like if more people had this ideology.

“I am still battling the demons, and music has become the battlefield.”

The cover of their upcoming EP, and the video for the track “Durch die Seile” (featuring Chiasm) show very elaborate and artistic pieces of rope suspension. Contrary to some beliefs, rope suspension is a form of art. Although rope art has been around for centuries, it seems that the art form is becoming increasingly popular here in Salt Lake City and in many other underground communities globally.  Bands such as Carphax Files, HARMJOY and many others in the industrial music community use this type of art to deliver the meaning of the songs, or just to show something that they feel passionate about.

Caution is advised though, if one is interested in getting into this form of art. It is not just about grabbing some string from your local hardware store and tying up your friends and lovers. A person must educate themselves first about the body before experimenting with rope. If one does not know what they are doing, they could really harm the person they are binding. When done properly it is intricate, beautiful and exotic in many ways. There is also the mental aspect, which is that of providing a submissive space. This allows the person that is being suspended the chance to let go of everything if they allow their mind to do so.  Complete trust and full responsibility must be given to the artist while the bind is taking place. As rope suspension art is not the average art form, a person wonders what intrigues someone about it and pulls them in the direction of practicing it.

“I’ve always being involved in kink in some form or another and had a fondness for bondage.”

Jasin has a deep-rooted intrigue for the art. “I’ve always being involved in kink in some form or another and had a fondness for bondage,” he says. Initially, when Jasin found Shibari/Kinbaku (the formal names for rope art), he wanted to photograph it. He thought that is was astonishingly beautiful. He expressed his interest and was offered a chance to learn. This journey was where an intimacy was discovered that allowed peaceful play for not only for himself, but also for  the persons he tied. The interaction was nothing like he had experienced before. Some of his inspirational influences are Haruki Yukimura, Osada Steve, Wykd Dave, Otonawa and Midori. He enjoys the fact that they each have their own style and finds beauty in their work. Jasin has a lot of respect for each of them and pulls a lot of inspiration from them as well as others he has met during his travels.

The question of which display moved him the most could not be answered as each piece is sophisticated and complex both in the aspect of the skill and the mind. “What could look like a relatively simple tie could be an intense process for the bottom,” he says. “I find Otonawa’s work quite intricate.” Jasin enjoys rope suspension because it involves molding his scenes into dramatically staged performance art installations. In one of these he turned his model into a beautiful tree by adding flora such as branches and flowers to the scene.

It is common for there to be rope demonstrations at a Carphax Files show, and in 2020, you will be seeing them live here in Salt Lake City. The date and venue have yet to be announced, but you can be sure to expect it. As for a tour, they are going to see what the year has in store for them and make decisions from there. “We’ve been inactive too long, and we’re basically starting from the beginning. There will be shows here and there. Expect them,” says Jasin.

Inactive or not, Carphax Files have a dedicated fan base that has missed them greatly. They may feel like they are starting over, but the impression they left on their fans have kept them dedicated through the years. Be sure to check out their EP from the COP International label that will be released on Jan. 31.