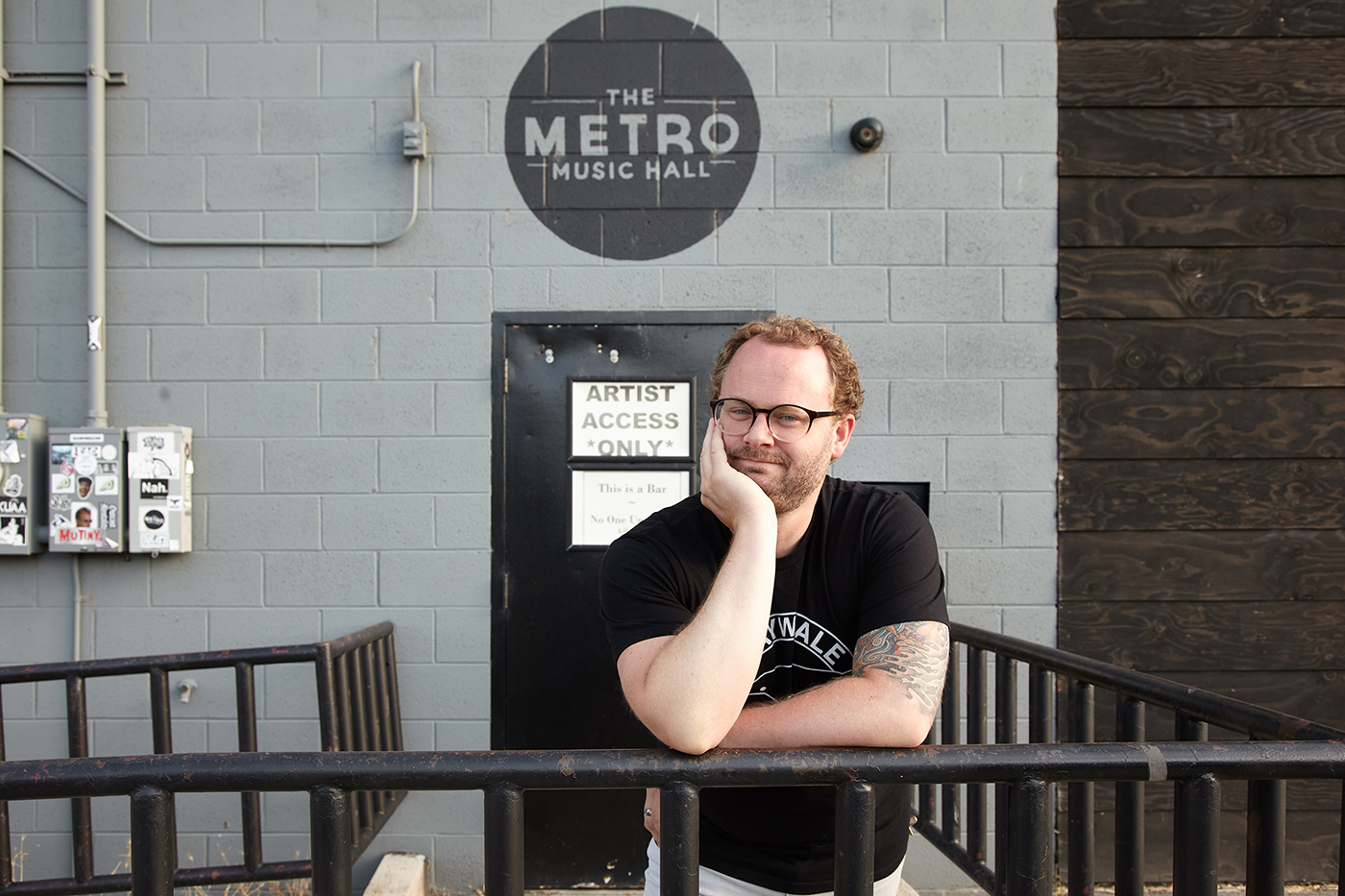 This year, local hard rock/metal festival Crucialfest will celebrate its 10th anniversary with Crucialfest 10 at Metro Music Hall, Aug. 26–29. The festival has become an institution, a behemoth that welcomes everyone. This is especially true this year. “I want to get people out—we’ve been stuck at home with cabin fever,” says Jarom Bischoff, founder of Crucialfest. “[With it] being year 10, I wanted to make it free. People can just come and check out the festival to see what it is.”

Over the years, Bischoff’s perspective on curating the event has evolved. “I want to have fun and relax, talk with friends and make [new] personal … friends. I want to watch bands without distraction,” Bischoff says. “Running around setting up with artists [and] dealing with securities left me craving a simpler experience.” Nevertheless, his intentions are still to offer a monster of a show each night with bands that deliver high-energy performances. “When I book bands, I don’t mess around,” Bischoff says. Crucialfest will unleash eight bands a night, “bands that have ties here, also bands that have a solid showing when they come here.”

Friday will highlight women-fronted bands such as Witch Mountain, Blackwater Holylight and Hippie Death Cult. “Any way to increase diversity is a good thing and an important pillar of Crucialfest,” Bischoff says. He’s also excited for Thursday night for some local reunion shows, which include the bands Eons and Reviver.

Everything has an origin story. Bischoff’s Crucialfest story comes simply from a love of music and the culture that surrounds it. “After being in a touring band [and] starting a family, I wanted to bring the adventure here, bring my friends here,” Bischoff says. After putting on a festival for 10 years, some of his satisfaction comes from simply how much the festival means to people and how vendors are still 100% supportive.

Bischoff heralds that there’s a particularly salient community of show-goers at Crucialfest and encourages people to make friends while there. Moreover, Bischoff’s best advice for the festival is to “have fun, enjoy yourself, be festive,” he says. “Come with an attitude of respect. Respect artists, respect staff—tip your bartenders. Anytime you come with an attitude of respect, it elevates the event.”

Of Metro Music Hall, Bischoff says, “The sound system is amazing, the lighting is amazing, the hospitality amazing. We will be opening the patio to the parking lot to have food out there and take your drinks.” Additionally, Bischoff underscores the incredible vendors attached to the event. “At the Metro, on the left where all the booths are, we will have vendors like Graywhale music. We will also have other vendors selling everything from local art [to] hot sauce to underwear.”

A new element of this year’s event is Crucialthreads, a clothing line that will run year-round. “All the money from Crucialthreads will be put back into the festival to help sustain the event,” Bischoff says. “I want to work with local artists, bands, nonprofits, and partners to create unique merch that supports everyone involved.” Artists Paden Bischoff, Kevin Bowen and Brandon Voeller will contribute, as well as other local artists. “Expect to see shirts, hoodies, hats, shorts and more, along with show posters and merch from past Crucialfests.” Bischoff will also be launching a web-store through Huge Brands, which will be a big part in helping Bischoff with his year-round goal.

Bischoff encourages people to show up early. He says, “Food will be available, so come hang out and get ready to enjoy the show.” Crucialfest 10 happens Aug. 26–29 with doors opening at 5 p.m. VIP tickets will also be available with guaranteed seating to see the show. “The VIP experience will be worth the money,” Bischoff says.