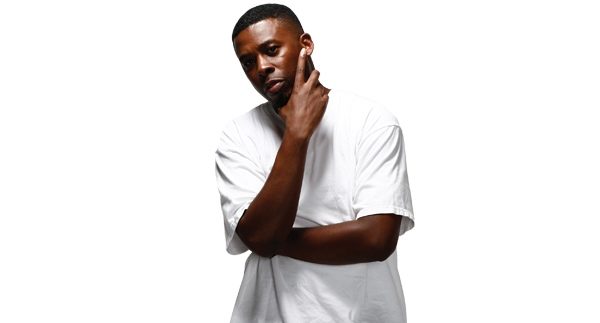 Check out our full interview with GZA here.

The GZA, also known as the Genius, is one of the great veterans of hip hop. His beginnings with RZA and ODB in the group All in Together Now in 1992, to his latest release in 2008 of the album Pro Tools have made him a highly respected force to be reckoned with in the hip hop industry. In 1995 his album Liquid Swords was named one of Source Magazine’s 100 greatest hip hop albums of all time. After all the hard work and time he has put into his music, he still constantly raises the bar for himself and for everyone around him, proving why he and the Wu Tang Clan are still as strong and dangerous as ever.

SLUG: After your solo Words from The Genius album what inspired you to eventually create, join and start the Wu Tang Clan?
GZA: It wasn’t my idea. It was RZA’s idea to start the Wu Tang Clan. I was on Cold Chillin’ and he was on Tommy Boy and unfortunately things didn’t work out for us in those places. So we decided to step off and RZA had an idea to form a clan and get some of them brothers from Staten Island and a couple of us from Brooklyn and just bring everybody together.

SLUG: What would you like to see come out of hip hop in 2010?
GZA: I would like to see hip hop take a step up the ladder as far as the maturity level because hip hop in the masses is associated with immaturity, ignorance and stupidity. I would like to see growth of originality. It would be good if in 2010 the ten most played hip hop songs on the radio sound like ten different songs.

SLUG: Do you feel that hip hop has hope to progress in positive ways with albums like Pro Tools and Only Built for Cuban Links Part Two providing higher standards for what should be acclaimed as epic, ground breaking new albums?
GZA: It all depends on who’s listening. Pro Tools might not mean shit to the average crew that’s out there, because people look at things differently. I mean you have to go outside the box, but stay within yourself. You got guys out there rhyming about big million dollar mansions saying this is my lifestyle. Dude that wasn’t your lifestyle six, seven years ago. It doesn’t make a difference whether you live it or you don’t. I can write about stuff I don’t live, the person who wrote Harry Potter, you think they lived all that shit? I don’t have to physically own a Rolls Royce to talk about being in one.  I’m not saying there’s anything wrong with talking about cars or clothes, but shit, make it interesting.

SLUG: With the genre growing into so many different branches such as indie rap and hyphy, do you think that evolution like that is positive or negative?
GZA : I think it’s positive and negative. It all depends on the method it’s given and the message that’s got. Hip hop was started to get kids off the streets, keep them outta gang violence. Then you flash forward thirty something years later and you see all this violence in hip hop and you’re like, man, it’s lost. I’m not saying songs should be about, go to school get an education, learn to read, cause its about delivery. Music should be delivered in a unique way. It should be clever, it should be fly, it should be hard. I think it should be gangsta. I can do songs that have only one profane word and it will sound just as hard as having a bunch of very profane words, because I can deliver it like that. A lot of artists don’t realize this because they don’t control it, the environment controls them. That’s why they always have to be in the mansion if they at home. They can’t be in a shack, I can be in a shack because I know ima get more out the rhyme. If I’m in a shack with no TV, no luxury, ima get more out of the rhyme because it’s harder for me. If I’m sitting in a mansion eating out of a silver spoon it’s too easy, where’s the struggle? What’s the plot? Nowadays I see a lotta kids and they wanna rap because they wanna be rich. I don’t run into kids that say, ‘I just LOVE writing’. Its like OK well where’s your drive? Where’s the passion?

SLUG: Your son Justice is currently venturing into the music industry, what would you like to see come from him?
GZA: You know he is pretty well grounded and focused. You know he understands, he has love for the music. His drive is not like the average youth.

SLUG: Are there some projects that you two are collaborating on together?
GZA: Sometimes we sit down and we write. He’s learned a lot. I think we’ll be doing some songs. I tell him he should learn music, so he should be playing instruments, because that’s the best way if you’re gonna do music, learn to read music. That way you can take it a step further. You don’t have to just do hip hop. If you read music, you can do anything. You can do opera, you can do R&B, you can do score, you can do commercials, you can do all of that and you can teach music, which really steps it up ’cause that’s givin’ back.

SLUG: With all the members of Wu growing into their lives, do you think everyone’s kids will make the Wu Jr. Clan?
GZA: My son loves hip hop and he loves music. I love chess and my children play chess.  But they don’t like chess. I used to try to get them to play and I remember one time drilling him and he’s looking at me like, this is you dad, this ain’t me. At one point I used to pay them to play. But they don’t like the game, so why force it. It’s just like if you’re a boxer that don’t mean your son is gonna be a boxer, so why force it.

SLUG: What’s the next adventure for The Genius?
GZA: I’m just writing. I’m working on a couple of books and scripts, that’s takin’ a long time to do.

SLUG: As difficult as it is to get all the members of Wu Tang together is there a chance in the future of a full Wu Tang Clan tour ever again?
GZA: Yes, and albums next year.

Come check out GZA on Jan. 23, at the Urban Lounge and experience a true genius in hip hop.