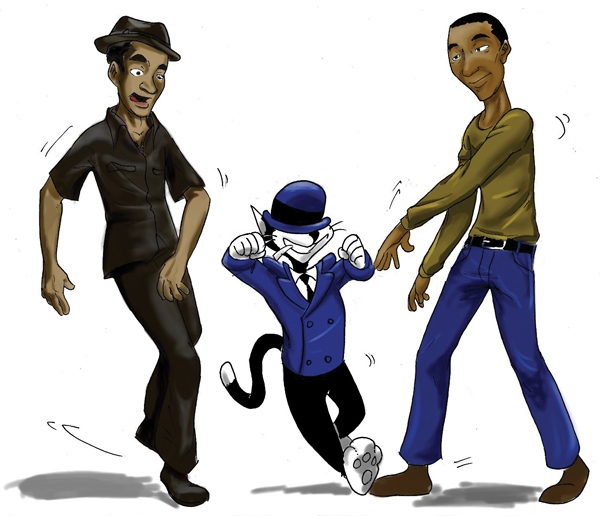 During the 90s, there was no other ska band in the world like Hepcat. While other bands from the era built upon the punk-influenced ska of 1970s England, Hepcat created a potent mixture of 1960s Jamaican ska, jazz, latin music and American soul for a smooth, cool sound all their own. Hepcat’s energetic live shows quickly became the stuff of legends, and the band’s unique sound, led by dual vocalists Greg Lee and Alex Desert, infiltrated the world of punk rock as they performed on the Warped Tour, toured the world with Rancid and became one of the first bands signed to Hellcat Records. Then, all of a sudden, Hepcat broke up in 2000. Just as suddenly as their departure, the band announced earlier this summer that they will be reuniting to play their first set of shows outside of California in more than a decade in September. Greg Lee recently spoke with SLUG and gave us the lowdown on the history of Hepcat and the band’s highly anticipated return.

“We would pile into somebody’s old car and make the trek to some old record store just to get the chance to buy old Jamaican records.”

Greg Lee lived in Los Angeles in the late 1980s as the American ska scene was developing. Even though Lee was initially interested in the punk and 2-Tone influenced ska that the bands in LA were creating, he soon became much more interested in the classic Jamaican records being spun in between sets at ska shows. “We would go to ska shows to check out bands like No Doubt, but it got to the point where we’d really only be paying the ticket price to listen to the DJ and dance to the old stuff,” Lee says. Inevitably, Lee and his friends needed to know more about the smooth, cool style of Jamaican music they had fallen in love with. “We would pile into somebody’s old car and make the trek to some old record store just to get the chance to buy old Jamaican records. We’d read the backs of the records and the liner notes and pass em all around the car on the ride home, just trying to learn as much about the music as we could,” Lee says.

With their newfound knowledge of Jamaican music from the 60s, Lee and his friends formed Hepcat in order to emulate the classic Jamaican sound. “To us, it was vital that we played this music right,” Lee said. “We had a Jamaican culture on the line­—we had these people’s cultural identity that we were playing around with as American kids.” Hepcat quickly made a name for themselves on the west coast and scored a spot as the openers on a tour with their idols and the originators of ska in Jamaica, The Skatalites, in the early 90s. While on tour, each member of The Skatalites served as a mentor to a member of Hepcat. “Every day was like a military training course on ska music,” Lee says. “Nobody got that education except the Jamaican guys that played with them in the 60s and us.”

“We had a Jamaican culture on the line­—we had these people’s cultural identity that we were playing around with as American kids.”

Hepcat released their first album, Out of Nowhere, on Moon Records in 1993 and followed it up with Scientific on BYO Records in 1996. Even after releasing two albums, Hepcat struggled to find a niche in the increasingly punk-influenced ska scene. While touring in support of Scientific, Hepcat often played to unresponsive crowds. “At the first dozen or so shows, everybody just stood still and looked at us, nobody danced,” Lee said. While doing an interview during the tour in St. Louis, Lee discovered that his band was well liked, but people didn’t know how to dance to them. Lee said, “It was weird, but the people just learned how to dance to ska overnight!” Luckily for Hepcat, the ska explosion of the 90s was in full swing by the end of the tour and they were met by much more enthusiastic crowds, and Hepcat became a full-fledged headliner.

After a performance in Hollywood in 1997, Hepcat joined the roster of Rancid frontman Tim Armstrong’s Hellcat Records. The band was approached backstage by Armstrong, Brett Gurewitz, and, to seal the deal, Joe Strummer, and Hepcat joined the Hellcat roster that very night. Hepcat’s 1998 album Right on Time became their most successful and was one of Time’s best albums of 1998, and Greg Lee and Alex Desert were even invited to Jamaica to record backing vocals on Rancid’s Life Won’t Wait. The members of Hepcat and Rancid shared the studio with Jamaican legends like Sly & Robbie and Buju Banton, but the thing Lee remembers most was how the members of Rancid were treated by the natives. “That was a trip because we went to Jamaica with these punk rock guys who have tattoos on their necks and all over their bodies. In Jamaica, that’s not something that you do,” Lee said. “We’d be walking down Orange Street with these guys checking out record stores and people would be closing the shutters on their windows, little kids would be throwing rocks at us and old ladies were yelling at us from their houses.”
When Hepcat was at their peak and just before the release of their fourth album, they suddenly disbanded. “There came a point where a few members of the band just couldn’t do it anymore,” Lee said. When news broke that Hepcat would be supporting Flogging Molly, it was a huge cause of celebration for ska fans. “We wanna be back. We all want to play, we all have our heads in the right place,” Lee said. For long time fans as well as newcomers and the curious, Lee promises that a Hepcat show is not an event to be missed. “Even if people don’t like us at first, they love us by the end of our set,” Lee said. “People could be throwing stuff at us, spitting at us and yelling at us, but by the third song, everybody in the crowd is always dancing.”

Hepcat will be playing at In the Venue on September 25 with Flogging Molly.