SLUG Mag Soundwaves
Episode #389 – Bobo
00:00 / 17:54
Spotify Stitcher
RSS Feed
Share
Link
Embed
With over three decades of music making, former KMFDM member En Esch has had an interesting, historical and prosperous career. SLUG Magazine had the chance to chat with him and hear some of the things that keep him inspired, and his intriguing, historical tales—the sort that would leave any industrial music fan yearning to hear more.

Indulging in Industrial with En Esch 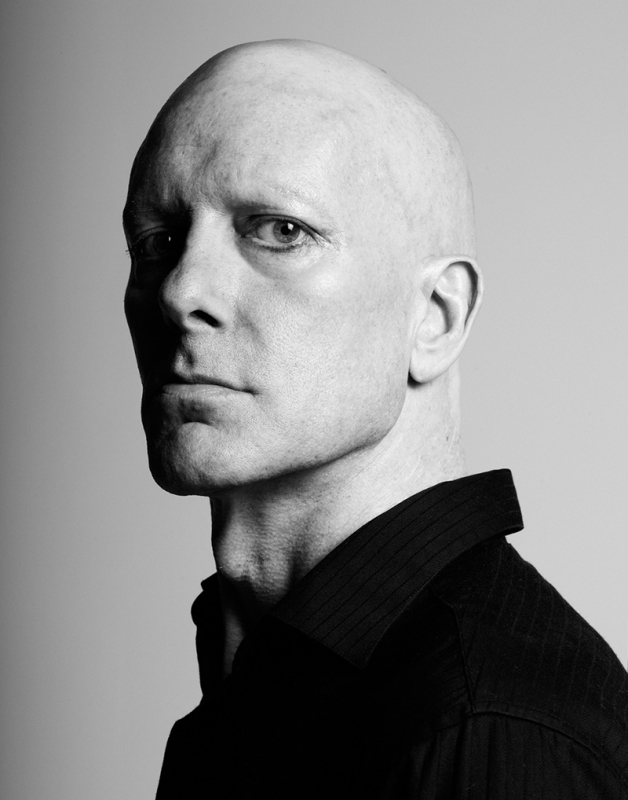 En Esch may be well-known for his work in KMFDM, but his solo career is also gaining him some well-deserved attention. Photo: Berry Behrendt
With over three decades of music making, former KMFDM member En Esch has had an interesting, historical and prosperous career. SLUG Magazine had the chance to chat with him and hear some of the things that keep him inspired, and his intriguing, historical tales—the sort that would leave any industrial music fan yearning to hear more.
Dark electronic music can be obscure and eclectic. It is a must to find out who and what inspired the legendary musicians. En Esch’s creative side was influenced by darker new wave and music he describes as having a “stompy disco feel.” The bands he mentioned were DAF, Einstürzende Neubauten and the sounds of Frank Zappa and Gary Glitter. En Esch himself has been associated with a myriad of these groundbreaking artists. A short list of his credits besides KMFDM include Pigface, Slick Idiot with Günter Schulz, and Barely Legal with Trixi Reiss. With his innovative music, it is no surprise that he has a lucrative and successful solo career, and many of these musicians have contributed to his new solo album Spank. There are also a few contributions from new friends he met in Hamburg and Berlin.
The underground industrial and electronic music scene is in an exciting transition period and many new ideas are meshing with the old. He describes the current direction of his sound by saying, “Our music we want to do is EBM with guitars and vocals.” When I asked about how he saw the future of Industrial music, he says, “The term itself, in my case, is a little twisted. The only stuff I call industrial is Test Department, Einstürzende Neubauten and bands like that.” He does refer to the terminology, though, because everyone calls bands that sound like KMFDM and Ministry Industrial. “I think there is a big future because people remember the good old days,” he says. “I see that with the Wax Trax! Retrospectacle vessel I did in 2011. It was very well received and I think there will be a renaissance of the whole thing. Industrial music like we know it, like the Wax Trax! days of the late ’80s.”
Touring the globe can bring many fond memories and experiences, and when asked about his favorite, the answer was interesting, as there was so much musical history packed into it. “My most impressive memory on my first U.S. tour was thanks to Al Jourgensen of Ministry,” he says. Jourgensen invited a young KMFDM to be Ministry’s support, and the German boys were very happy to oblige. “It was very nice,” says Esch. “They were supportive. It was overwhelming to see such a big crowd waiting to see Ministry play. Then to do 45 gigs in a row was very unique for the first time.” He went on and told the story about the discovery and excitement of meeting Ministry for the first time. With only one of Ministry’s cheesy early EPs handy, KMFDM expected they were opening for some poser cheese band. Once they arrived at their practice space in Chicago, they realized a darker, harder and more sinister sound was in store for them. “They had like five guitars and two drummers and sounded massive,” he says. “We were blown away, it was pretty incredible and quite impressive.”
Esch spends a lot of time focusing on his passions—music and animal rights. “A big part of writing music in my positon is writing lyrics,” he says. “I call them poems. I am kind of proud of my lyrics. If you look at them by themselves, it is interesting.” He is also an animal rights activist and a vegetarian and tries to help many animals. “I like to engage and help animals because they have no lobby,” he says. “They have no real existence, only [to be] owned by someone else.” He would like to see laws changed so that animals can be treated as humanely as a person, and he donates to organizations that fight animal testing.
As for side projects, Slick Idiot have been set on the back burner for now so he and Günter Shultz can focus on their new projects and ideas. Don’t be dismayed, though—you can expect a new release from them in a year or two. There are also things written and waiting to be released from he and Mona Mur. Mur is currently working on putting out an older unreleased record she did with Grzegorz Ciechowski and the Warsaw Philharmonic Orchestra, 10 or 15 years ago. Tragically, Ciechowski passed in 2001, but his work is attracting a lot of interest. Mur also may do something musically with his daughter. As for KMFDM, he says “I do not rule out that one day we might reunite. We are slowly getting back in contact and talking—who knows?”
En Esch will be playing at Metro on June 10 with Ghostfeeder and locals Downfall and Corvid with beats by Reverend 23 mixed in. As En Esch is proud of all of his work, you can expect a range of everything from classic KMFDM to Slick Idiot and his new solo release Spank. Unfortunately, this is a 21 plus show, so the baby bats need to stay at home for this one. Esch says he has always had a great time in our city and is looking forward playing for us.
Photos: