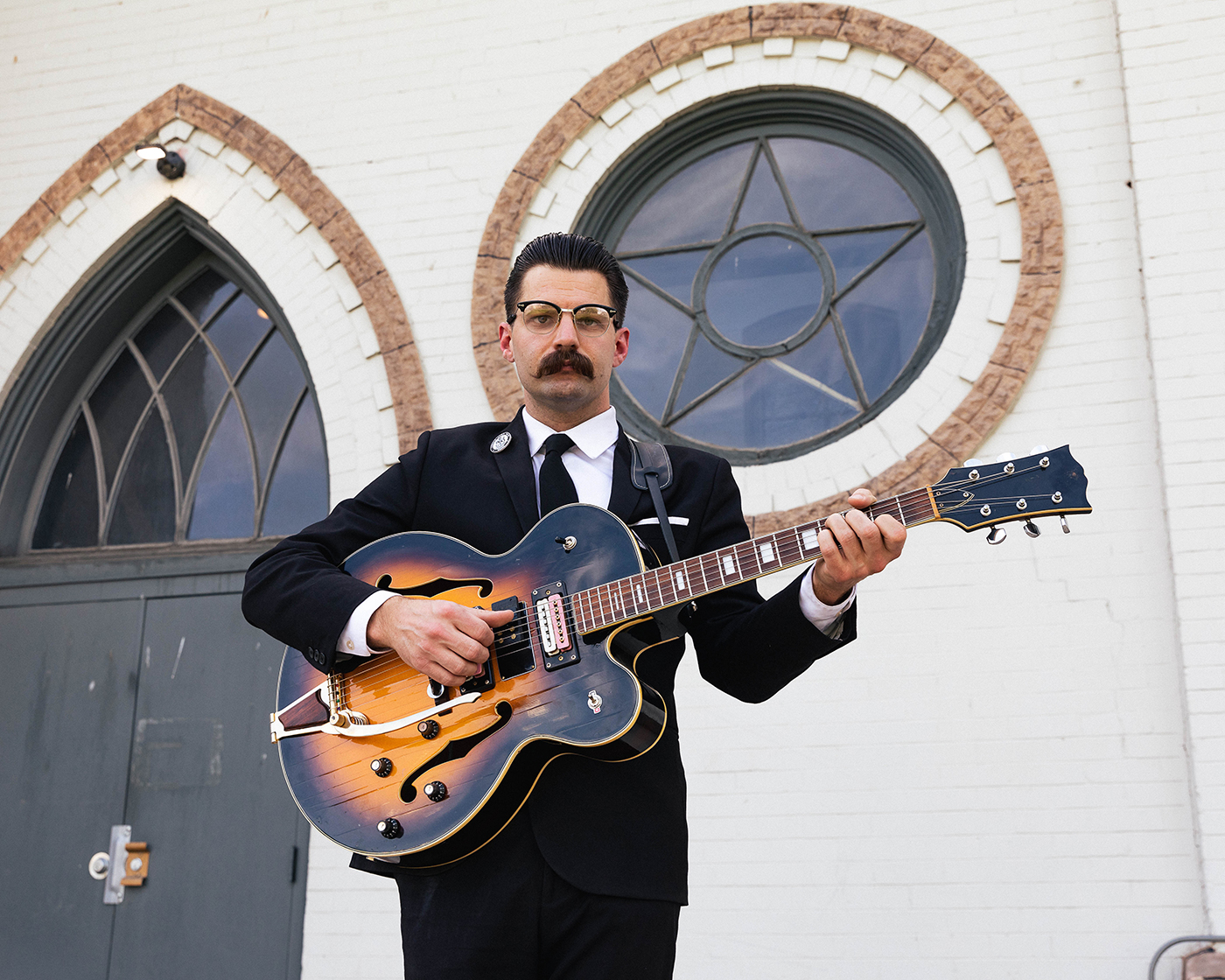 Last year the Salt Lake City–based artist released his first full-length album, Death, Thou Shalt Die. During the recording process, Skeen played multiple instruments, and is also credited as the album’s Mixing Engineer. “I made some strange decisions,” says Skeen. For example, on one track, he connected two guitar amplifiers to an older lighting controller switch and was able to alternate between them depending on which notes he was playing. “I had an enjoyable time creating sounds that are hard to replicate, even though this process may be looked at as improper,” he says.

Though Skeen was unable to tour in Italy and promote the album as scheduled in 2020, he now plans to release a new 7” later this year on Salt Lake City’s International Society of Rock ‘n’ Roll label. These upcoming tracks, which may include elements of spoken word, represent another round of Skeen’s perpetual experimentation. “It is too easy these days to seek perfection and leave a song sounding lifeless,” he says. “The more raw, the more mistakes, the more real it sounds to me.”

As Skeen continues to explore the boundless forces of his creativity, he is shedding yet another personal limitation. “I always think I have to be able to recreate the recording of a song when I perform live,” he says. “I want to be more open to creating and worry about the performances later.” Find Jacob T. Skeen’s music at jacobtskeen.bandcamp.com. –Austin Beck-Doss